In this new ITV period drama from the Oscar-winning Christopher Hampton, David Morrissey stars as a rubber baron in Singapore during the Second World War

But Webb’s getting on a bit, and Walter needs somebody to succeed his legacy (sound familiar?). Will it be the goofy, cartoonish son or the intelligent and borderline sociopathic daughter? 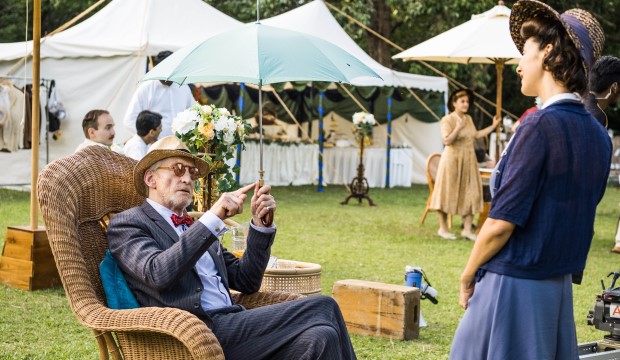 The first episode is titled Singapore For Beginners, which suggests a kind of enlightening introduction to the country and its relevance. But this education is summarised within the first two minutes, in the style of those old black-and-white newsreels announced by loud, pompous voices. It isn’t enough time to confidently grasp Singapore’s political significance during this fraught time in human history. Hardly for beginners.

But you get the gist: white, upper-class, British colonisers exploiting the local resources, carrying over their wealth and their prejudices. Walter symbolises the capitalist agenda, his ’40s moustache drooping whenever he comes across anything which is – in his eyes – impolitely foreign.

He wants the best rubber deals possible, secured once his daughter Joan (Georgia Blizzard) starts dating a military man (Bart Edwards) who’s in the know. He pretty much pimps her out for the business, and she’s more than happy to oblige. In the meantime, Chinese woman Vera Chiang (Elizabeth Tan) appears on the scene, who Joan remembers from an anti-Japanese riot in 1937 (another conflict that’s barely explained). 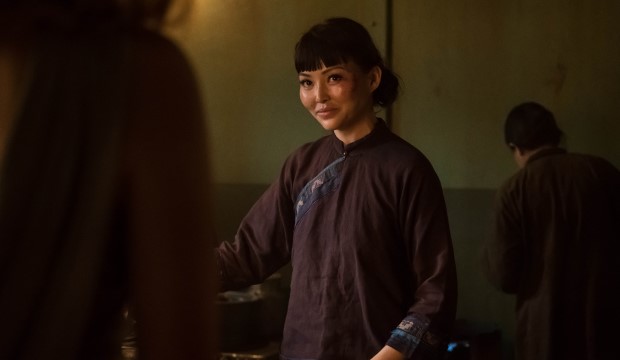 There’s a befuddling tonal balance throughout the episode. Oscar-winning screenwriter Christopher Hampton (Atonement, Dangerous Liaisons) and Doctor Foster director Tom Vaughan pursue with the objective of satire, but without any noticeable jokes. It seems most of the intended humour squeezes from the family’s outrageously posh personalities, speaking the sort of comedy accents only heard in classic British war movies. 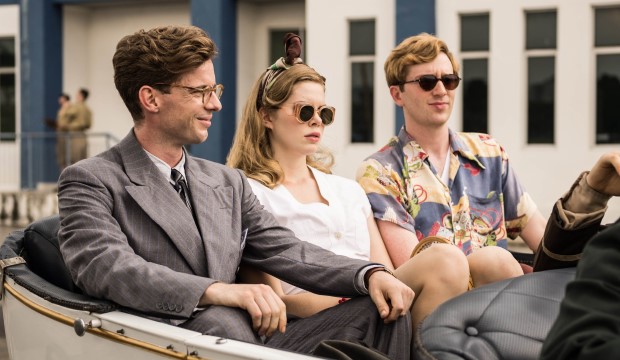 But the characters and performances are attractive enough to pursue to the end, of this episode at least. The enigmatic introduction of Matthew Webb (Luke Treadaway), Mr Webb’s son, could offer some curiosity to continue with the series. He appears at the top of the episode, set six months in front of the present, with a face affected by dirt and war. He becomes the greatest threat to Walter’s desired monopoly on rubber.

These opening elements of severity, overlooking the aftermath of a battle (again: what battle?), crash hard against the series’ supposed satire.

The Singapore Grip has its sexy, Sunday night, period-drama appeal (even from Charles Dance, who’s very ripped for 73 years old) but the plot is lost in waves of confusion about context, undulating across a country you learn almost nothing about. Towards the end of the episode when Matthew enters Singapore, he’s ambiguously told by the pilot to watch out for the ‘Singapore Grip’ with no further explanation. This critic is in no hurry to find out more.