In Katherine Ryan's semi-autobiographical sitcom about single motherhood, her alter-ego Katherine is desperate for a second child after the first one, Olive (Katy Byrne), turned out so well

The Duchess, Netflix review 4 The Duchess, Netflix review Euan Franklin
It’s a common compliment for a new series: the claim that the only issue is that there’s not enough. But with Katherine Ryan’s creatively crude sitcom about single motherhood, that cliché is actually the case. The Duchess is an aggressively entertaining series that feels unfinished. This critic wants more, more, more.

Six episodes that skirt around 25 minutes each, completable in two hours or so, should be ideal. The pressure’s off: even if you hate it, it’s all over soon. But here, the opposite is true: the reduced length impinges on its quality. The Duchess is so good, but needs more to make it great. 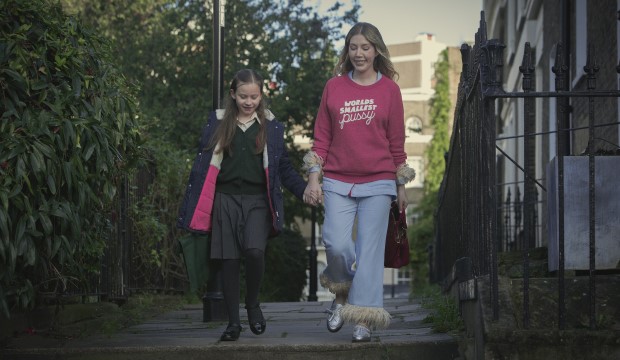 Nine-year-old Olive (Katy Byrne) is one of those eccentric kids you see every so often, those who are born with brilliant personalities. Despite her mother Katherine (Ryan) being Canadian, she has a strong, aristocratic English accent – uttering refined and mature phrases like ‘I beg your pardon!’ and, when discussing her birthday, ‘I’m not making a fuss this year’. She’s an unlikely child prodigy conceived from a Hooters waitress and an odious member of an ill-fated boy band.

In contrast to her daughter, Katherine is one of the rudest and most self-destructive women on television. And she’s a great mother, if not exactly a good person. She wants a second child and, being 33 years old, her window of opportunity is closing. Sperm donors have put her off because they're all too young ('How do any of you even have balls yet?'), and she can't take that next step with her nice-guy boyfriend Evan (Steen Raskopoulos).

She thinks the only option is Olive’s father Shep (Rory Keenan) who, despite his moral bankruptcy and general stupidity, is a good enough parent. This makes things complicated for her and Evan because she chooses not to tell him. She keeps catastrophising about their relationship to mask her own fears of its collapse. 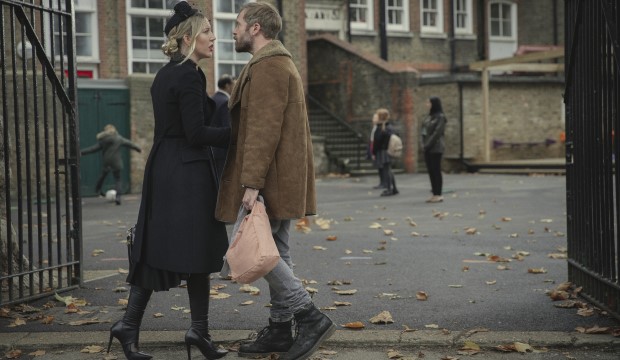 Whenever Katherine enters the frame, she sets it on fire. She’s glamorous: wearing more memorable outfits than Jodie Comer in Killing Eve. Her parenting skills are exquisite, even with all the copious champagne glasses and coffee cups filled with white wine. And she’s a professional potter, mostly crafting variants of the female form.

But her most entertaining personality trait is her eclectic array of insults, which explode like offensive and sophisticated fireworks. Ryan secures her place with those eminent TV writers adept at swearing with eloquence, which includes The Thick of It’s Armando Iannucci. The insults themselves are too graphic to relay here (though it is tempting), and it would be sinful to spoil them anyway. 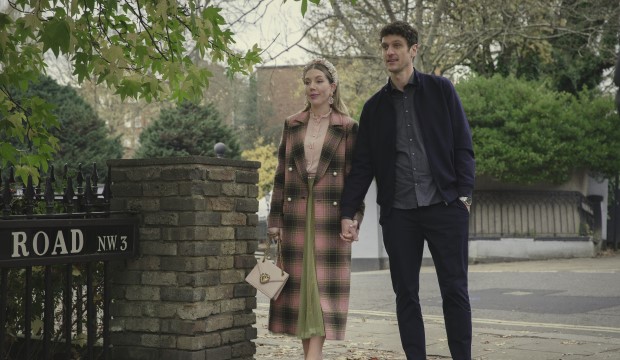 Despite its qualities, you get the sense there was a lot more intended for the script. Certain characters like Katherine’s best friend Bev (Michelle de Swarte) and annoying school mum Jane (Sophie Fletcher) are introduced and drawn out without fitting conclusions.

But the central story between Katherine and Olive achieves so much in so little time, a loving and hilarious bond sparking between them. Ryan proves to be as good a dramatic actor as a comic one, bouncing jokes off Byrne with witty proficiency. And although The Duchess spills with laughs, there are touching moments too: one involving a haircut wrapped in an existential crisis. There are too few episodes to enjoy, so please savour them.

The Duchess is available on Netflix from Friday 11 September