1 CW reader is interested
A Confession, ITV review 4 A Confession, ITV review Euan Franklin
It’s always slightly suspect when actors and directors claim they’ve removed ‘acting’ from their fiction. Doing so can have the opposite effect: the lack of a performance can make their acting more obvious. For the new ITV drama A Confession, based on the controversial Sian O’Callaghan case in 2011, Martin Freeman and Imelda Staunton also claimed they did ‘no acting’ for their real-life characters. But these are more than empty statements, designed to draw viewers in.

Their performances are genuine, they do feel real despite their fame and fortune. The series, penned by Jeff Pope and directed by Paul Andrew Williams, strips away the usual mystery drama sensationalism to achieve a raw, grey, natural depiction of the events surrounding O'Callaghan and DI Steve Fulcher. 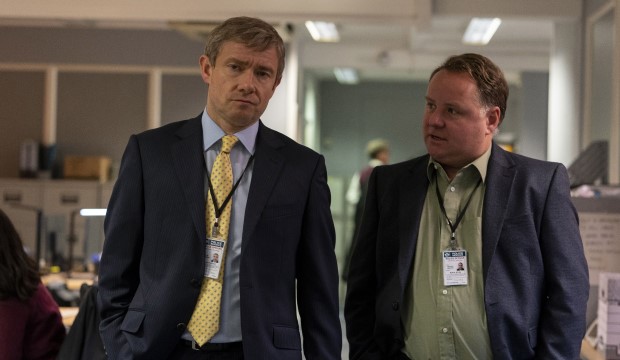 The Sian O’Callaghan case was more than a tragic murder – it called into question many ethical laws installed in the police system. Fulcher - played in the series by a measured Freeman - led the investigation and found the murderer Christopher Halliwell, but decided to break procedure and questioned Halliwell by himself.

Doing this led to a full confession that led to discovering O’Callaghan’s body as well as the long-buried Becky Godden, who disappeared nearly a decade before. But Fulcher, despite these revelations, was forced to resign for breaking the rules.

The first episode of A Confession hints at Fulcher’s distaste for the system, often doing things his own way and sometimes confusing the officers under him. But he’s not the clichéd drunken rebel detective, which has strayed too long in the genre. He’s not melodramatic, he doesn’t scream or cry at awful news. He simply swallows the information and moves on, no matter how upsetting it is. 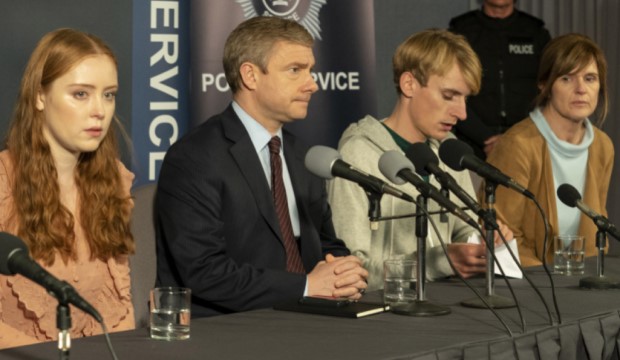 The controversy of the Sian O'Callaghan case forced Fulcher to resign

Williams’s direction is key to this naturalistic approach. His camera watches closely, loves a good zoom, and it's mostly held by hand – catching scenes as if by accident. The documentary style offers an inescapable view, seen immediately as Fulcher meets with his police friend Ray (Cold Feet actor John Thomson) about the latter’s sexual harassment charges. Williams ensures that we’re a part of that uncomfortable conversation.

When Karen Godden – portrayed with loving, parental delicacy by Staunton – nearly cries about her then-missing daughter’s birthday, heavy music doesn't rise. When she confidently proclaims that her daughter ‘will be home this year’, the tragedy stands bare – blunt, unsentimental – without exaggerated close-ups predicting her traumatic future. This only enhances the dread - we know her confidence will soon be shattered, the inevitable bad news hanging over the series like a violent shadow. 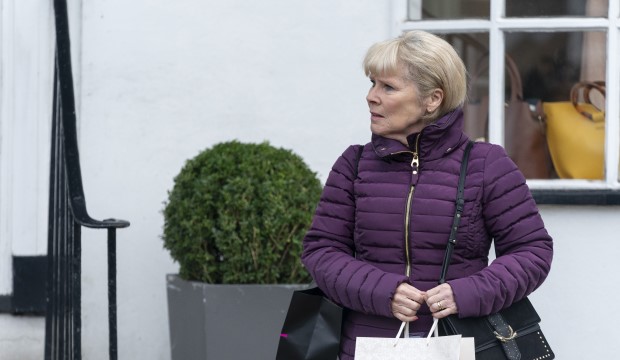 The desired realism is torn slightly by the casting of Freeman, Staunton, and even Charlie Cooper (This Country), since they all made their names with famously eccentric characters. But it’s easy to adjust to their staidness, their comic talents appropriately left behind (though Freeman enjoys one hilarious moment involving pizza and football).

Reality is impossible to show, even in documentaries, but A Confession pushes close to what really happened – even the famous faces blur into regular ones. And given what’s to come, that realism will only grow more harrowing.

A Confession airs on Monday 2nd September at 9pm on ITV. 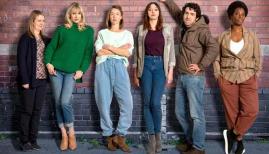