In Fleabag series 2, Phoebe Waller-Bridge's gloriously calamitous creation returns to have dinner with her enemies, including Godmother (Olivia Colman)

4 CW readers are interested
Fleabag series 2, BBC review, episode 1 5 Fleabag series 2, BBC review, episode 1 Euan Franklin
It’s been 371 days, 19 hours, and 26 minutes since Fleabag’s breakdown at her Godmother’s ‘sexhibition’ – in which she’d been dumped, broke glasses, and been abandoned by her sister Claire. Now, to celebrate Dad’s upcoming marriage to Godmother, a dinner’s been arranged in a hope to bridge past tensions. What could possibly go wrong?

A lot, of course. How could we expect anything less?

Series 2 opens with Phoebe Waller-Bridge’s gloriously calamitous creation looking at herself in a ladies’ toilet mirror, wiping a layer of blood from her upper lip.

Sure, Fleabag covered plenty of bases in series 1: awkward sex, horrific arguments, and graphic inner thoughts (provided through punchy direct-to-camera asides) – but violence? Waller-Bridge is a great teaser, so rewinds back to the start of the evening -– leaving us to constantly ask what the hell happened. 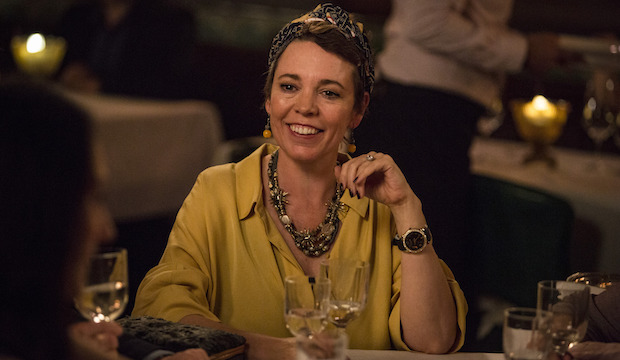 With Dad and Godmother (re-played with horrifying vigour by recent Oscar-winner Olivia Colman), Claire also attends the dinner with her alcoholic husband Martin. Most of Fleabag’s hatred and anxiety sprouts from Martin, who pushed her into a gross kiss last series and blamed it on her – leading to her fall-out with Claire. 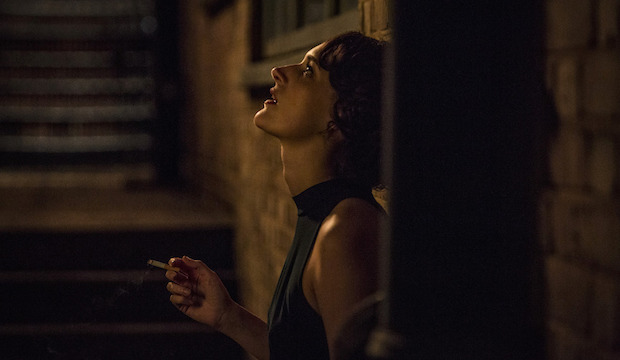 Waller-Bridge writes the episode like a building panic attack, which inevitably bursts to a thrilling climax. The only respite is in the occasional cigarette break, where Fleabag steps from the heat of the restaurant to the lonesome cold outside.

Sherlock actor Andrew Scott is introduced as the priest marrying Dad and Godmother. But he’s not your typical TV priest. He doesn’t wear a white collar, he likes to drink and swear, and he’s hilariously honest. That’s probably why he and Fleabag get on so well, promising a growing friendship as the series continues. 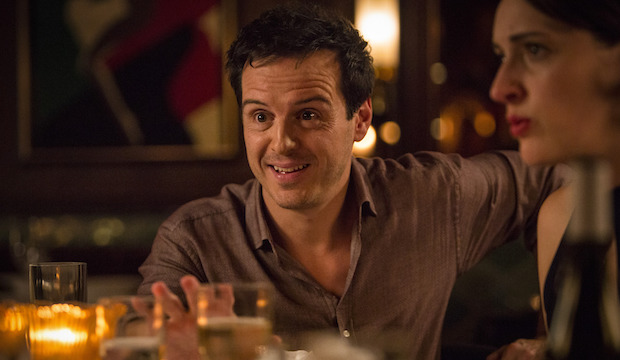 Like series 1, there’s also intense drama underneath the comedy. Waller-Bridge doesn’t over-dramatise or artificially inflate these more hard-hitting scenes – entering into a more uncomfortable sense of realism. That makes the performances so vital. And despite being Waller-Bridge’s gig with Olivia Colman nearly stealing it, Sian Clifford matches them both with an emotionally striking performance as Claire.

The most entertaining and depressing aspect to Fleabag is the realisation that most people are horrible beings incapable of change, and Waller-Bridge loves to laugh and cry through that. And when characters do change, proving (it seems) that empathy can exist, the series is made all the more poignant. There’s plenty to crush the spirit, but it’s not averse to being lifted again.

So far, this is the most intense episode of Fleabag – and certainly the best. Despite losing Waller-Bridge from the keenly anticipated second season of Killing Eve, it’s a worthwhile sacrifice for this funny and anxiety-inducing tragicomedy. Fleabag is back with a vengeance.