This Time with Alan Partridge, BBC One ★★★★★

In This Time with Alan Partridge, Alan (Steve Coogan) thinks he's bounced back into the BBC – co-presenting a magazine show. But he's clearly out of his depth...

It’s not inconceivable, even with the genius of Steve Coogan, for this character to be retired by now. How often can we chuckle at a clueless, right-wing, middle aged presenter? There are too many in real world, never mind the fictional one. But in his new show This Time with Alan Partridge, there’s still plenty to laugh about. 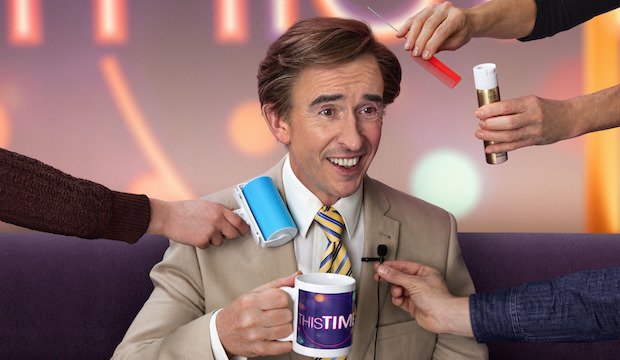 In his new show This Time with Alan Partridge, there’s still plenty to laugh about

The series starts with a camera pointed to Alan's (Steve Coogan) dry, irritating mouth – eventually zooming out to prepare for a daytime TV show. The show is This Time, a magazine programme like The One Show. It transpires that Alan is stepping in for a sick presenter, and he’s clearly desperate for the opportunity to bounce back (again).

A few words pass between main presenter Jennie Gresham (Susannah Fielding) and Alan as they get ready for the red light to go on, comically stiffening their practised smiles. Then we’re away with the show – and, like most daytime TV, it's hilariously inane.

Coogan and co-writers Neil and Robb Gibbons love to swim in the absurdity of that format. Its news items range from interviews about baby seals to the correct way of washing your hands, with Alan trying to squeeze himself into every segment. 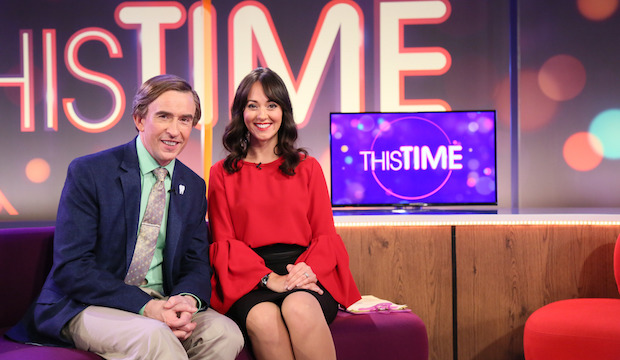 Some of the funniest moments involve Alan's interaction with the set, which is elaborately wide (similar to Peston on Sunday), as he awkwardly walks from one space to the next. It's not only a reminder of Coogan’s enjoyably vocal performance, but his talents in physical comedy too.

The constant reinvention of media, especially in the era of fake news,Twitter and Trump, tends to lean on the side of comedy. Since his earliest days, Alan Partridge has serviced to hold up the sillier parts of the media world as he struggles (again and again) to be a part of it.

As long as the media continues to be crazy, Alan will have a job. And This Time is a keen and hilarious return to form.