From Chiwetel Ejiofor's directorial debut The Boy Who Harnessed the Wind to Ricky Gervais reassessing himself in After Life, Netflix in March includes many emotional rides 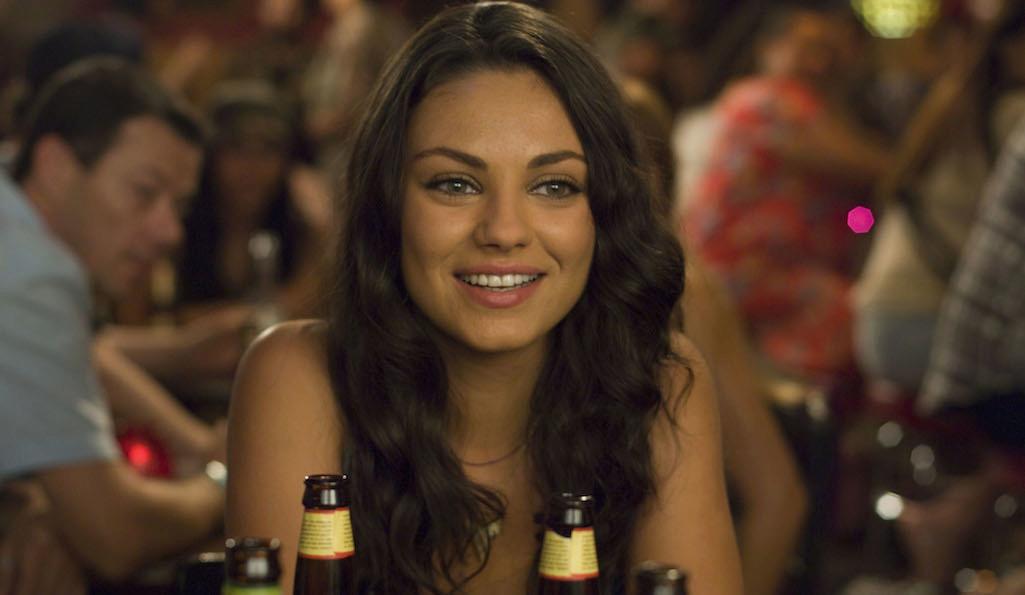 Mulawi, 2001. The remote village of Masitala has been stricken by a famine and the farmers can’t grow any crops. Luckily Masitala is blessed with a child prodigy, William Kamkwamba (Maxwell Simba), who builds a wind turbine to provide electricity for the people – eventually going on to provide water systems.

Based on Kamkwamba's autobiography, This directorial debut from Chiwetel Ejiofor (12 Years A Slave) looks to be a powerful, emotional tale – a reminder of the things we take for granted. 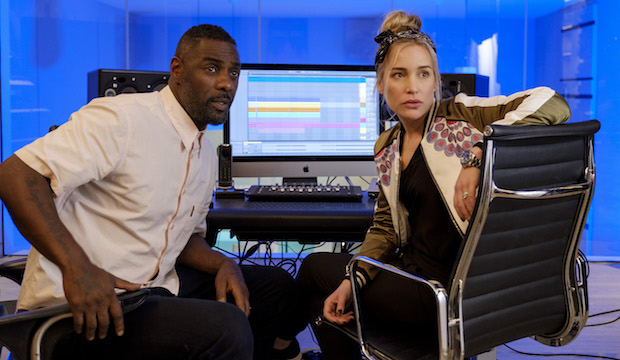 Idris Elba is like a shark – it’s just not possible for him to stop. Last year he directed his own film, created his own series, did another season of Luther, and starred in the biggest superhero movie ever made (Avengers: Infinity War). Oh, and he opened his own cocktail bar. Now, in his brand new Netflix series Turn Up Charlie, Elba delves into another one of his many passions: DJing.

Charlie (Elba) snatches a final chance of success in the clubbing business… on the condition that he look after his best friend’s daughter Gabby (Frankie Hervey).

Similar to last year’s The Rider from Chloe Zhao, Walk. Ride. Rodeo. is another life-altering tale set in the world of the rodeo. Amberley (Spencer Locke) is set on the path for a pro-riding career – but she’s involved a car accident and becomes paralysed from the waist down. Not giving up, she trains herself to ride without using her legs.

The ‘80s loved a good teen movie, and there’s none better than Back to the Future. And the entire time-twisting trilogy is coming to Netflix!

Dr Brown (Christopher Lloyd) builds a time machine out of a DeLorean, and his assistant Marty (Michael J Fox) accidentally travels back to the 1950s. When he bumps into his parents’ younger selves, he changes history and his existence is jeopardised.

Filled with awesome humour, a rockin' soundtrack, and an awkwardly incestuous sub-plot, Back to the Future is a landmark in Hollywood cinema.

Since the Richard Curtis-penned Yesterday comes out this year, why not revisit another classic Curtis gem?

Notting Hill follows William (Hugh Grant), a bookshop owner, who bumps into the most famous movie star in the world (Julia Roberts) and promptly falls in love with her. Think Roman Holiday with a happier ending.

Sarah Marshall (Bell) breaks up with Peter (Segal) after having an affair, so Peter takes a holiday to Hawaii. But he doesn’t realise that Sarah’s at the same resort… with her new rock star boyfriend Aldous Snow (Russell Brand).

This flesh-driven cult comedy series has been renewed for a third season!

Drew Barrymore is Sheila, a real-estate agent who dies and comes back as an undead zombie. Now, her husband Joel (Timothy Olyphant) has to help feed her corpse-munching habit while appearing like a happy, well-adjusted family. Be prepared for plenty of laughs and buckets of blood.

The noughties is awash with studio rom-coms, many with stupendous budgets, and The Break-Up is another star-studded example.

Starring Vince Vaughn and Jennifer Aniston (who really did go out in real life), the film tracks the final days of a melting relationship. They’re both on the war path and will stop at nothing to get what they want.

This was going to be the last season of Brooklyn Nine-Nine, after FOX decided to cancel it. But then the Twitter World exploded, and the show was taken to NBC for a sixth season. Hooray!

This funny and colourful sitcom follows detectives in a New York police precinct and their funny, colourful adventures. It’s truly one of the best comedy series of the decade. 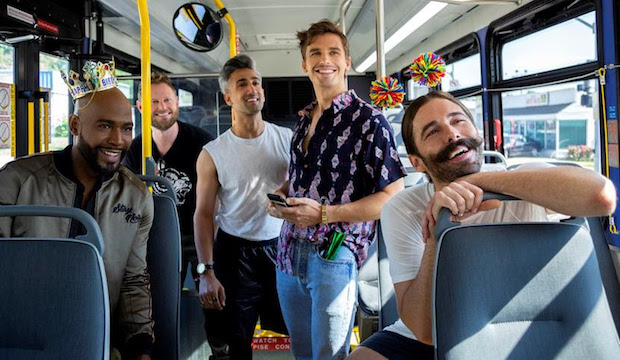 Queer Eye grew into one of the most talked-about Netflix series of last year. Now the Fab Five are back for a third season! This time moving from Georgia to Missouri, they travel across the country to help men and women to look after themselves.

This pretty and constructive journey promoting self-worth is certain to be fabulous, extravagant, and lovely.

Alexander McQueen was one of the darkest designers of all time, and became a very contentious figure in the fashion world. Starting from his childhood in London’s East End, the documentary McQueen traces his road to fame (via Savile Row and Central Saint Martins) up to his tragic death in 2010.

Displaying disturbing collections like Highland Rape, he famously claimed ‘I don’t want people to have a cocktail party, I’d rather people left my shows and vomited’. Such a pitch black mind is fascinating to explore.

Read our 5 star review of McQueen

Guns, forests, and big stars – what more could you want? Well, something more original actually.

But the fact that the screenplay was co-written by Mark Boal (The Hurt Locker, Detroit) makes this rogue military movie very intriguing. A group of veterans from the Special Forces decide to pull off one hell of a heist, using their particular sets of skills to steal from dangerous cartels in South America. This time they’re in it for themselves, not their country.

For years, American filmmakers have been fascinated by Bonnie Parker and Clyde Barrow, the notorious bank robbers of the 1930s. But what about the people trying to find them? Don’t they deserve some credit for hauling in two murderers?

In The Highwaymen, director John Lee Hancock (The Blind Side) explores the story of retired Texas rangers Frank Hamer (Kevin Costner) and ‘Manny’ Gault (Woody Harrelson), who caught and killed Bonnie and Clyde in 1934.

Energetically told with plenty of sex and drugs and murder, it’s a thrilling insight into the criminal underworld.

It’s difficult to predict the quality of a Ricky Gervais project. He can flip between relatable hilarity (The Office) to tough, emotional poignance (Derek) – but he can also be unbearably tedious (as Special Correspondents proved). His new Netflix series After Life looks like another return to form, looking both funny and sad in equal measure.

After his wife dies, Tony (Gervais) struggles to cope and grows furious with everyone he meets. But through the kindness of strangers, and seeing how bright the world can be, he’s able to mould himself into a better person. 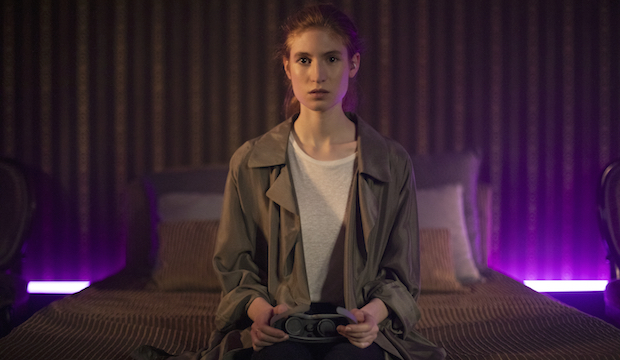 Although the concept of a ‘soulmate’ is antiquated and fantastical, that doesn’t stop us waiting for that special someone. But what if advances in technology made the idea of a soulmate not only possible, but certain?

In the distant future, a technology company in Paris has designed ‘OSMOSIS’, an app that matches partners with 100% accuracy. The app delves into the brain and uses an algorithm to finally find their special someone. But the price is hard to accept: allowing technology to uncover every crevice of your mind until every secret is revealed. Is a soulmate really worth it?

Netflix was invested in the Bodyguard from the start, which is why it was snatched up immediately. Now it can be enjoyed by those who don’t have BBC iPlayer.

Providing thrills comparable to 24, the series follows David Budd (Richard Madden), an officer assigned to protect a very controversial politician (Keeley Hawes). But he holds some strong opinions of his own...

Read our 5-star review of episode one

The appeal for Johnny English has dwindled since Reborn and Strikes Again, but it was once a genuinely entertaining parody.

Taking the concept of Bond and injecting the silliness of Mr Bean, the underrated first film brings some excellent laughs. Rowan Atkinson provides a masterclass in comedy acting, and it's worth watching for his performance alone.