From a teenager offering advice in Sex Education to a middle-aged couple reigniting their sex life in Wanderlust, here are the best sex comedies available on Netflix 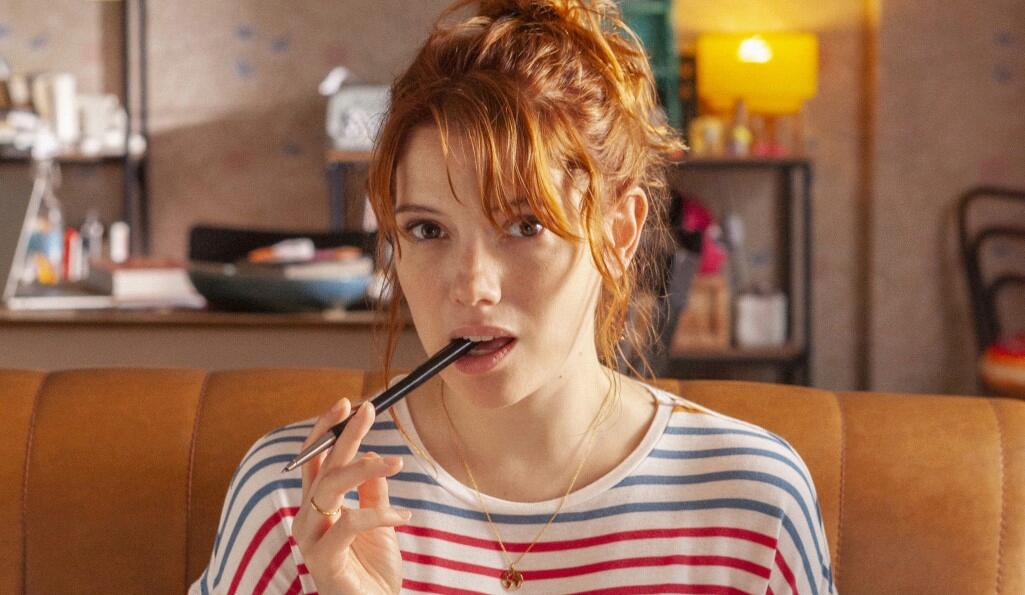 Thankfully, a couple of decades later, the sex comedy genre improved and grew enlightened. And the proof is on Netflix, with sex and relationship comedy shows for every generation. From tweenage to middle age, here are the best of them.

Tackling the itchy stages of puberty from erections and periods to sexuality and body-confidence, Big Mouth enters the surreal and sexual adventures of suffering tweenagers.

Nick (Chris Kroll) is still waiting for puberty to hit. Andrew (John Mulaney) masturbates over everything and even has a Hormone Monster (also Kroll) to encourage his darkest urges. And Jessi (Jessi Klein) endures her first period and spawns a Hormone Monstress (Maya Rudolph) of her own.

The series cuts through many wrongful perceptions of sex with hilariously graphic demonstrations, almost serving as a sexual springboard for life. It's the sex education lesson we all wanted at school.

He delves into the psychology behind certain taboos and practices – emphasising that love, affection, communication, and empathy are all key to a satisfying sexual relationship.

The series also delves into tough issues for modern teens like consent, abortion, homophobia, and online shaming – exploring them all in a caring and intelligent way. It’s about as far away from American Pie as it’s possible to get.

Read our 5-star review of season one.

In Lovesick (formerly Scrotal Recall), the characters have already endured the various rites-of-passage in sex. Now, they're torn between more meaningful relationships or completely meaningless sex.

Dylan (Johnny Flynn) gets Chlamydia and needs to contact all his sexual partners. The series recounts the stories of love and loss with each potentially infected woman. Dylan’s a nervous romantic, striving to find 'The One', and falling for women too quickly. He’s also, unknowingly at first, in love with his best friend Evie (Antonia Thomas) who was once in love with him but is now getting married.

Lovesick covers the main anxieties of being in your twenties: unrequited love, the pressure to commit or marry, bitter sexual exploits, and disappointing dates. It finds comedy and drama in the trials of the twenty-something.

You also follow Valeria’s gang of mates, navigating their own warped sex lives in Madrid. Lola (Silma López) is a promiscuous translator, embarking on a sexy affair with a married man. Nerea (Teresa Riott) is a lesbian activist who can’t come out to her parents. And Carmen (Paula Malia) is a slightly awkward marketing agent who’s crushing hard on her co-worker.

As well as being the steamiest option on this list, Valeria also dives into feminism, fake orgasms, LGBT issues, imposter syndrome, and the terror of love. It’s an underseen treasure.

Nick Payne's comedy-drama Wanderlust flows through a range of characters of different ages. But the main interest is with Joy (Toni Collette) and Alan (Steven Mackintosh), a middle-aged married couple with a dwindling sex life. As an unconventional solution, they decide to sleep with other people while staying together – satisfying both their sexual needs without separating.

Joy is a couples' therapist, and you delve into the psychology behind her polyamorous urges. While capturing the awkwardness of sex in hilarious and cringe-worthy detail, the series can also get emotionally striking as Joy tries to make sense of her feelings.

Wanderlust aims to re-catch Joy and Alan’s sexual spark that was left behind in their youth and fizzled out in middle age. The question is whether they can achieve that with each other, or only with others.

Read our 5-star review of episode one