An amputated finger. Three bodies hanging from a bridge. A pig sliced open while alive. A sledgehammer through the chest. You’d have thought this kind of detailed violence would exist in a series less banal than ZeroZeroZero, the international Sky drama about drug-trafficking. Its overcast atmosphere is effective and, much like the superior Netflix series Ozark, captures a kind of organised evil that drives the buying, selling, and brokering of drugs around the world. Cocaine, in this case.

But because this series is so ambitious in its global scope – concurrently following three stories in Italy, Mexico and the US – much of the intrigue of its characters is shared and, therefore, lost. At best, ZeroZeroZero is a chilling examination of the cocaine business – lifted from the non-fiction study by Roberto Saviano, who's living under armed protection because of his exposés. 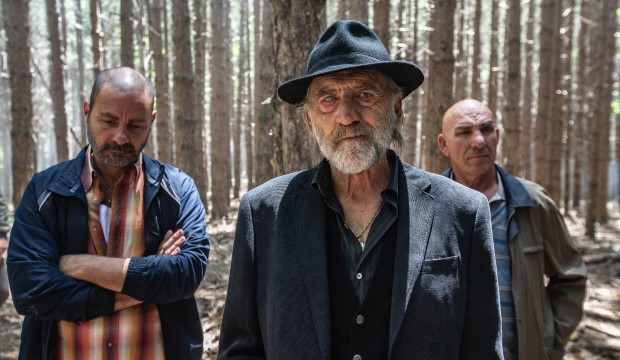 The writer/creators Stefano Sollima, Leonardo Fasoli, Mauricio Katz, and Saviano himself, do a respectable and (to a point) accessible job in explaining the system of cocaine-trafficking. First, you have The Buyers: in this case, the Italian Mafia in Calabria, led by a frightening and aged Don Minu (Adriano Chiaramida). The Sellers come next – based in Monterrey, Mexico – facilitated by narcos and military squads.

And finally, there are The Brokers: an American family business with patriarch Edward Leyman (Gabriel Byrne) at the top, assisted by his adept daughter Emma (a vivid Andrea Riseborough) and terminally ill son Chris (Dane DeHaan). The Brokers are the middle people, ensuring that the transport of the cocaine goes smoothly.

The Americans and Italians, in particular, cast many familial parallels. Both are helmed by fatherly or grandfatherly figures who prefer order over chaos, peace over war. You can feel the vibes of Succession as the offspring clearly think they can achieve better. But the order and peace aren’t long sustained, obviously, as the latest deal endures multiple problems along the way – including a diversion through western Africa. 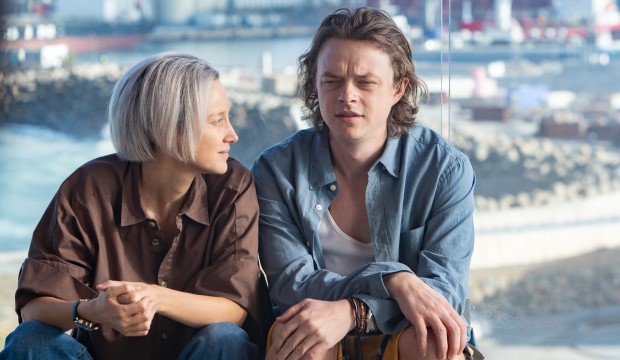 It’s been a coincidental habit in TV this year (The Serpent, Firefly Lane), where the narrative structure is skewered to present many plot threads happening at once. Although this can be globally fascinating in ZeroZeroZero, as you witness how different systems organise themselves in this apparently illegal trade, it’s an overwhelming fusion.

And even though the slow, slow, painfully slow pace proceeds like a snail on downers, the presentation is still a lot to take in at once. Why can’t they just stay in one place for a while instead of this constant character-hopping, where you can only receive scraps each time?

Then there’s the hopping within the individual stories, racing backwards and forwards in time: ie, a confusing scene happens, then a flashback explains it. This storytelling method is innovative at first, but the writers keep repeating it, making it a bland formula.

Regardless, the beauty and intelligence clearly infused in the making of ZeroZeroZero show a promising direction for more international dramas. The series is shot abroad, with nationally appropriate actors speaking in the proper languages. With the fear of subtitles slowly dissolving, these stories are told with more diversity and authenticity. It makes even the best TV like Chernobyl, which was almost entirely British, feel dated.

ZeroZeroZero airs on Thursday 4 February at 9pm on Sky Atlantic. All episodes will be available after the first broadcast.