Levinson respectably tries to repeat that innovation for Malcolm & Marie, spending a long, long night with a narcissistic filmmaker (John David Washington) and his recovering girlfriend (Zendaya again) – arguing relentlessly. The result is a stylish, Ingmar Bergman-like experiment that can’t quite maintain its initial aesthetic intrigue. 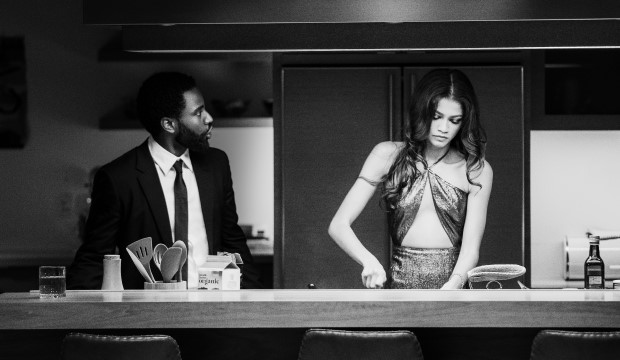 Cinematographer Marcell Rév shoots on film – in sharp, restrained black and white (the complete opposite to Euphoria) – following the couple after the premiere of Malcolm’s new movie. They enter their quiet home, designed as if the architect hated walls but adored windows.

Malcolm’s buzzing: he turns up the music, swigs a drink. Marie heads to the toilet, wearing the sort of shiny dress only seen on red carpets. He can’t stop talking, she can barely speak – putting most of her remaining energy into making mac and cheese. Then the issue arises, the reason why she’s not as, um, euphoric as Malcolm. He didn’t thank her in his speech.

At first, it’s a classic Hollywood grievance – a tension that only affects the rich and famous – but spirals into a fraught discussion about their one-sided relationship. This leads to many tangents discussing filmmaking, the difficulties in being a Black creative, and lengthy criticism of critics.

This latter diversion naturally engaged this critic, as Malcolm goes on an exhaustive rant about white intellectualism pervading film reviews. It’s hard to write this review without hearing Washington scream and shout. Is this Levinson venting his own frustrations? Or is that exactly the sort of academic postulation that Malcolm’s roaring about?

Regardless, it can be invigorating to watch him breathlessly dismantle an early, positive review. It’s more comprehensive than the bruised and brain-dead Twitter rants that many eminent creatives level against their critics. 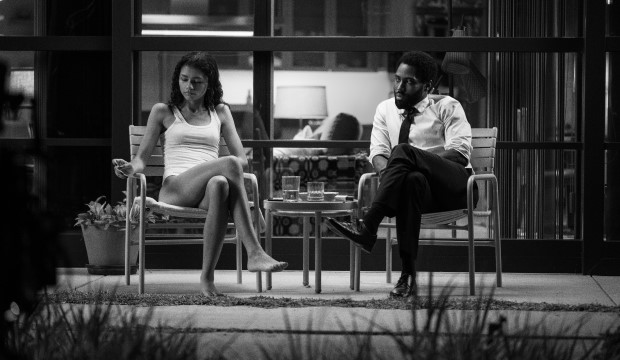 These outside elements trickle into the pulsating tension in the relationship, deconstructed by both of them through the night. Marie’s own addiction and depression issues come into the mix, and you realise she's essentially an older, sober version of Rue. (Who else could play that but Zendaya?)

Malcolm’s determined that his night won't be ruined, gaslighting Marie, trying to shut her up. That fails, of course. They engage in several shouting matches – in the kitchen, the bedroom, the bathroom, the garden – punctuated by periods of concerned silence.

Although Malcolm & Marie avoids a descent into filmed theatre, thankfully having an absorbing visual integrity, the arguments soon whirl around in a repetitive cycle. It turns into a process of tiring monologues, which wouldn't be half as watchable without the vivid furies of Washington and Zendaya.

But a staid Levinson, mutated out of quarantine, isn't all that likeable. It worked with Euphoria because you’ve already been through that hallucinogenic washing-machine, and the socially distanced special served to continue expanding those characters. Malcolm & Marie is new, with memories and backstories relegated to stagey speeches. Levinson really needs to get out of the house.

Malcolm & Marie is available on Netflix from Friday 5 February