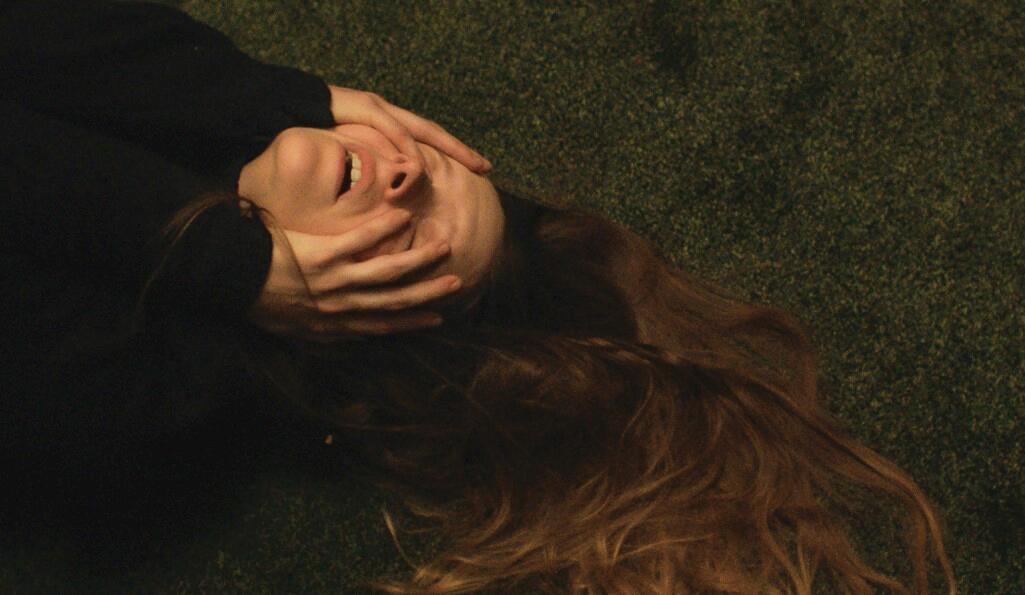 Actor Morfydd Clarke has risen in recent years as an eclectic presence on screens big and small. But it's her darker roles, like in Dracula and His Dark Materials, that make her unique – perfect for the lead in Saint Maud, the scary debut from Rose Glass.

Even though this resembles a religious horror, with scrapes of The Exorcist, the film unfolds more like a chilling social drama. As a private carer, Maud (Clarke) tends to an ex-dancer with Stage 4 lymphoma. She’s also recently converted to Christianity, her prayers being one of few ways she communicates with anyone. The seclusions and delusions of her loneliness, strangled with theological demons, create a heavy, ominous atmosphere. 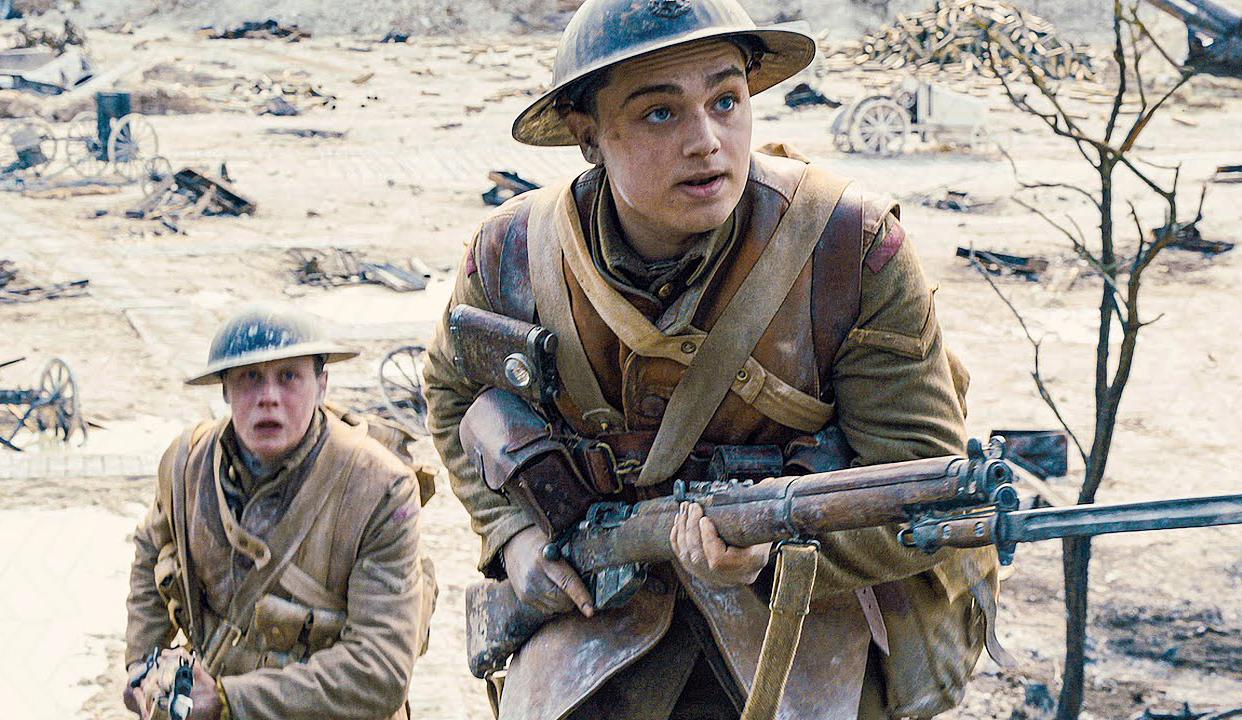 There was too much press about 1917’s technical ambition and not enough on its narrative achievements. Director Sam Mendes and cinematographer Roger Deakins set out to make a movie that looks like one long and thrilling extended shot through the trenches of World War One. Many tried to find the points when the shots (plural) were stitched together to give the illusion of one take – but it really doesn’t matter.

The effect is perfect: capturing a constant, dangerous pace as two soldiers cross blighted battlegrounds to deliver a message. There’s a degree of spectacle about it, but you’re immersed into that experience like the most absorbing video-game.

We said: ‘Mendes approaches this world with untrammelled immersion. The director captures the immediacy of the trenches, the mechanical nature of war but also the vulnerable circumstances that can save or lose a life in a fraction of a second.’ 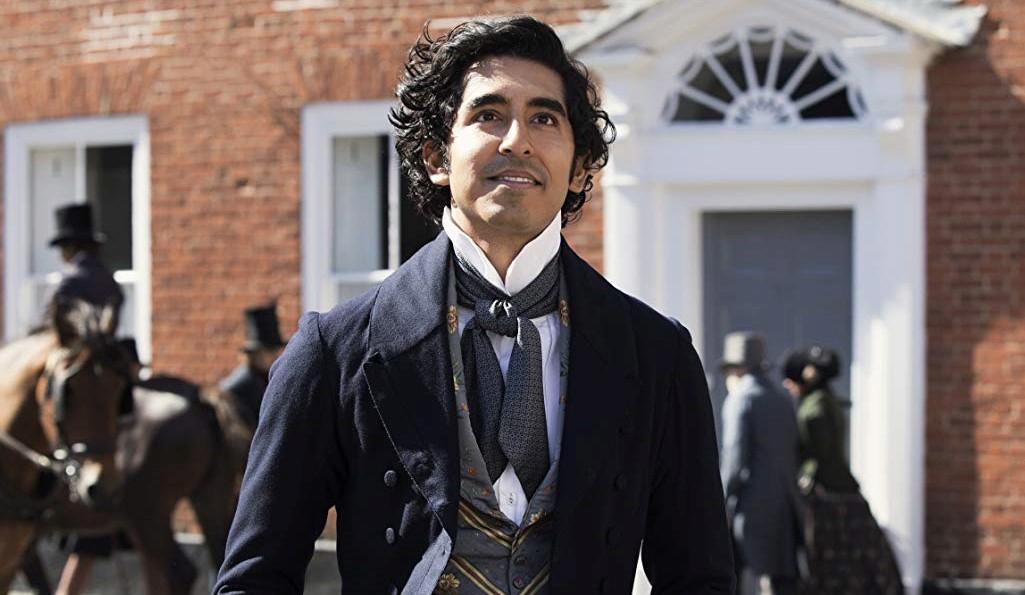 8. The Personal History of David Copperfield, directed by Armando Iannucci

Period dramas have been heading into a colourblind direction for years, casting BAME actors in roles usually taken by white people (Les Misérables, Howards End). But Armando Iannucci’s new adaptation of Charles Dickens’ The Personal History of David Copperfield feels like a daring step forward for inclusivity in movies, with many of the actors cast regardless of their race. It sets a precedent, and makes you look at older period dramas in a different way.

Although Iannucci’s best known for nihilistic political comedies (In the Loop, The Death of Stalin), he finds a cinematic sense of fun and magic here – suitable for all ages.

We said: ‘The dialogue hits back and forth like a tennis match between clowns, producing some of the funniest scenes ever given to a Dickens adaptation. This works concurrently with Iannucci’s fun and kooky direction, inserting a Chaplin-like visual comedy amongst the literary laughs and witty remarks.’ 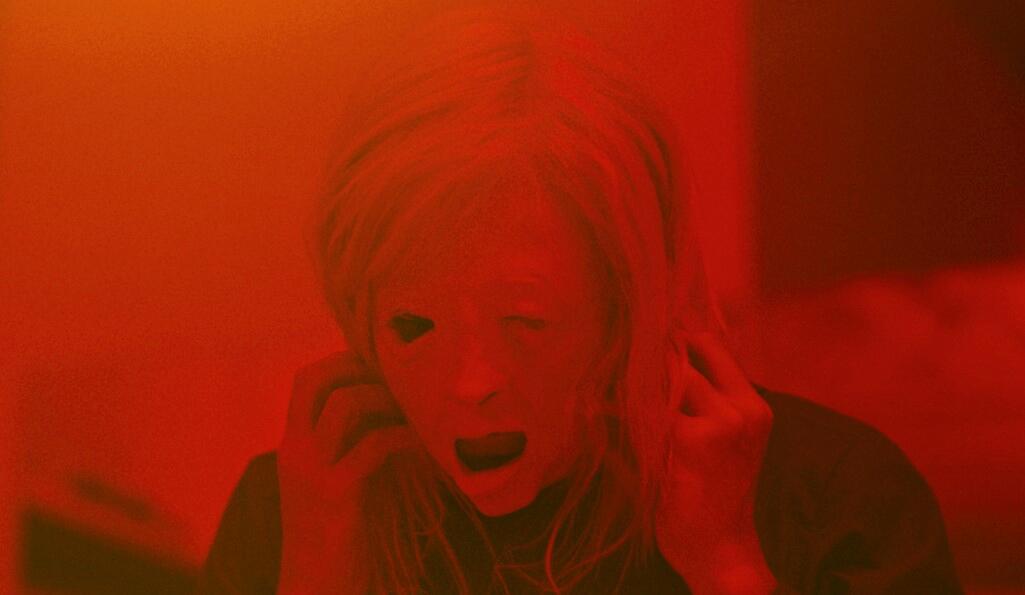 The apple doesn’t fall far from the dark and mutilated tree, as Brandon Cronenberg (son of David Cronenberg) proves with his second film Possessor.

Proceeding in a kind of alt-history dystopia, hired assassin Tasya Vos (Andrea Riseborough) has the ability to enter other people and become them. In so doing, she’s able to kill her targets and frame the host-bodies with no trace of her being there. But her latest job, tasked with killing data-mining media mogul John Parse (Sean Bean), becomes complicated as she uses the body of Parse’s son-in-law Colin (Christopher Abbott).

We said: ‘Possessor possesses you with such nightmarish and psychological force that it’s hard to re-enter your own life again.’ 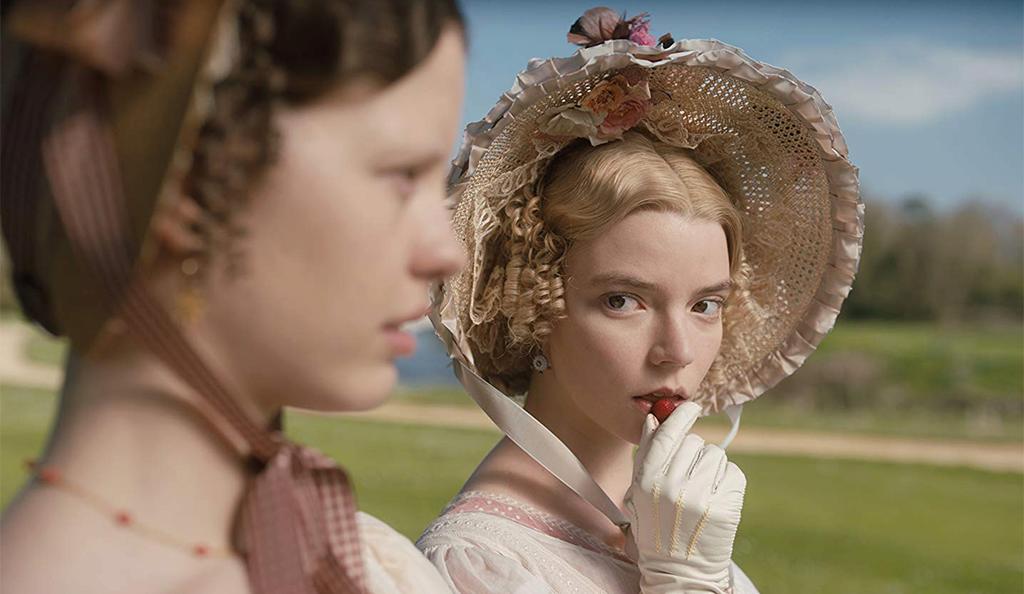 Jane Austen adaptations will probably last as long as cinema itself, and it’s a daunting task for any filmmaker to find anything new in her stories. But with Emma. (full-stop intended) director Autumn de Wilde, in her first feature film, achieves a colourful, hilarious, and refreshing vision of Austen's classic anti-heroine.

Similar to David Copperfield, de Wilde has an eager eye for visual and physical comedy that suits the eccentric rhythms of the story. It’s also remarkable in its romance and sensuality, which is seductive while maintaining a U-rating. And that’s with the bare backsides of Anya Taylor-Joy (playing Emma) and Johnny Flynn (playing Mr Knightley) on show. Yes, it’s very white and very English, but it’s an exceedingly fun period romcom. 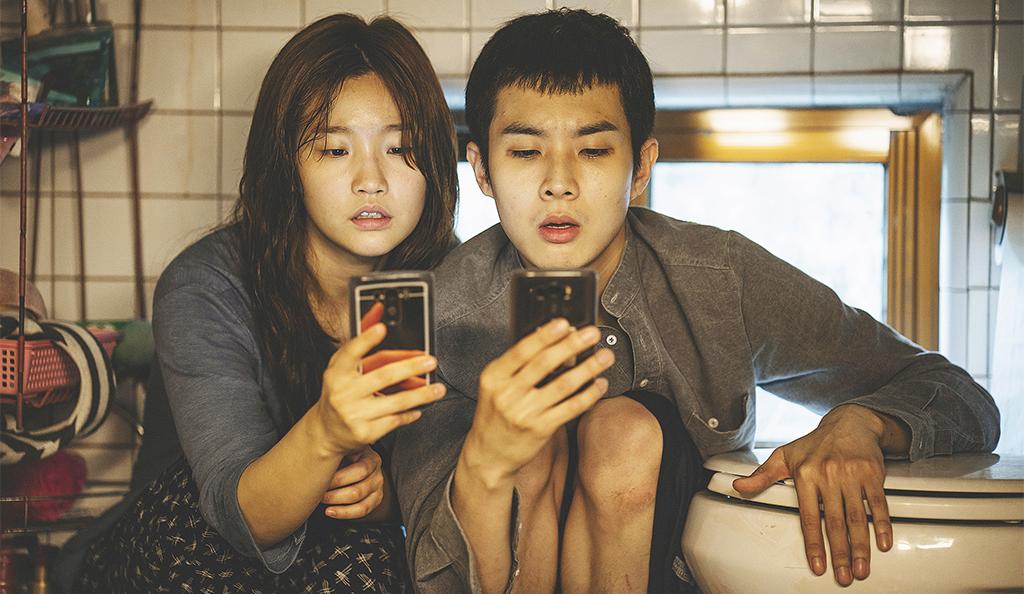 2020 has been so piled with awful news that the good stuff is often overlooked. Maybe the most heart-warming highlight of the year is when the South Korean filmmaker Bong Joon Ho smiled at his Oscar, one award of many that his excellent film Parasite won that night. It was a historic feat: the first non-English language film to win Best Picture. And well deserved, too.

The film follows a working-class family who find any way to make ends meet. Their latest deception is to act as tutors and workers for a wealthy family, manipulating circumstances to ensure their place there. It’s a funny, thrilling, dream-like satire.

We said: ‘the way the story develops in Parasite is excruciating, terrifying, thrilling all at once. Bong so fluidly zips between genres, mastering sharp wit as much as slicing violence and an urgent critique of class injustice.’ 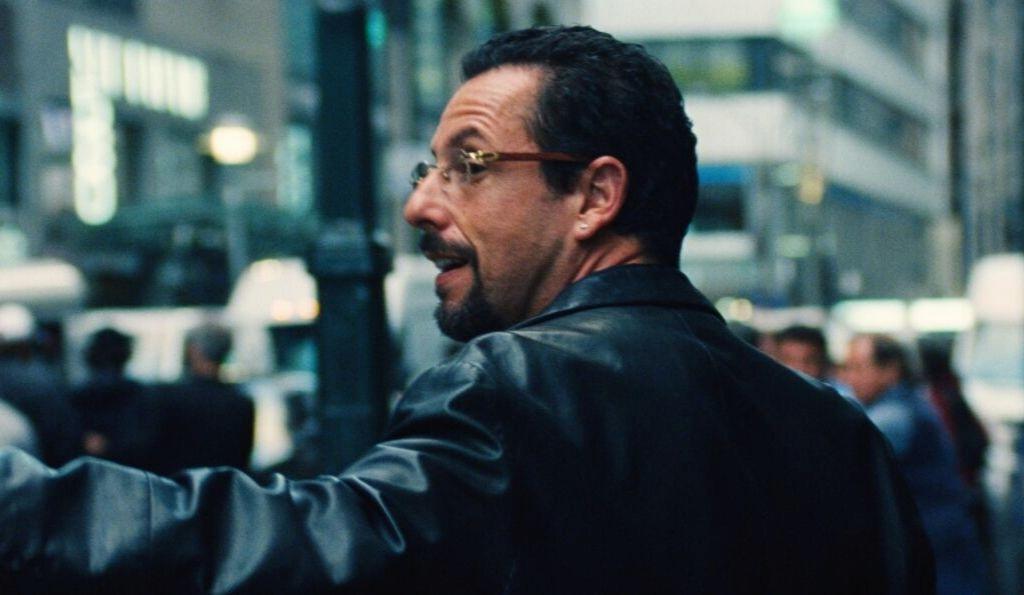 The Safdie Brothers are masters of crafting a cinematic adrenaline rush. They sped into the mainstream with Good Time starring Robert Pattinson (another treasure), and now they’ve moved onto the New York jeweller and gambling addict Howard in Uncut Gems.

Running through the city to sell an Ethiopian black opal, Howard gets mixed up with loan sharks, his middleman (LaKeith Stanfield), his ex-wife (Idina Menzel), his girlfriend (Julia Fox), and a potential NBA customer (Kevin Garnett). Adam Sandler also stars as Howard, returning to a rare dramatic role.

If you need to raise your energy to prepare for next year, Uncut Gems will definitely wake you up.

Read more ...
WHERE
Available on Netflix 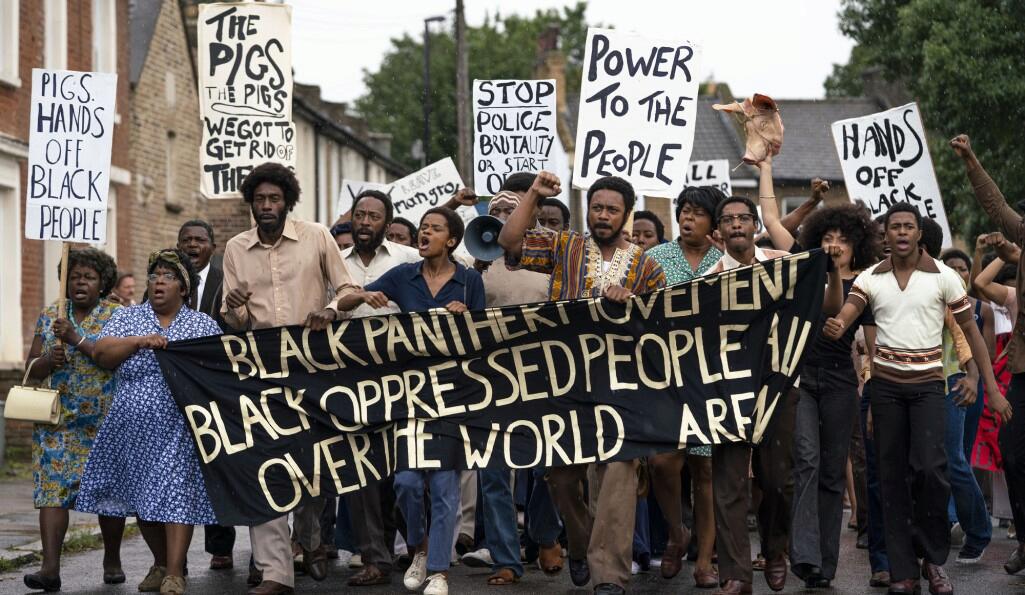 Steve McQueen kicked off his Small Axe anthology with this gruelling examination of the Mangrove Nine trial. After protesting police brutality, nine people of colour – all of whom frequented the Mangrove restaurant in Notting Hill – were put on trial. McQueen dramatises an understated event in British history, showing the systemic racism rife within it.

We said: ‘stamping becomes the noise of both fear and revolution. Maybe it’s a visual call, like the Small Axe series feels like a call: to step up and fight injustice, to help and not retreat. It’s hard to believe there are four more of these. Let’s hope they’re all as difficult to ignore as Mangrove.’ 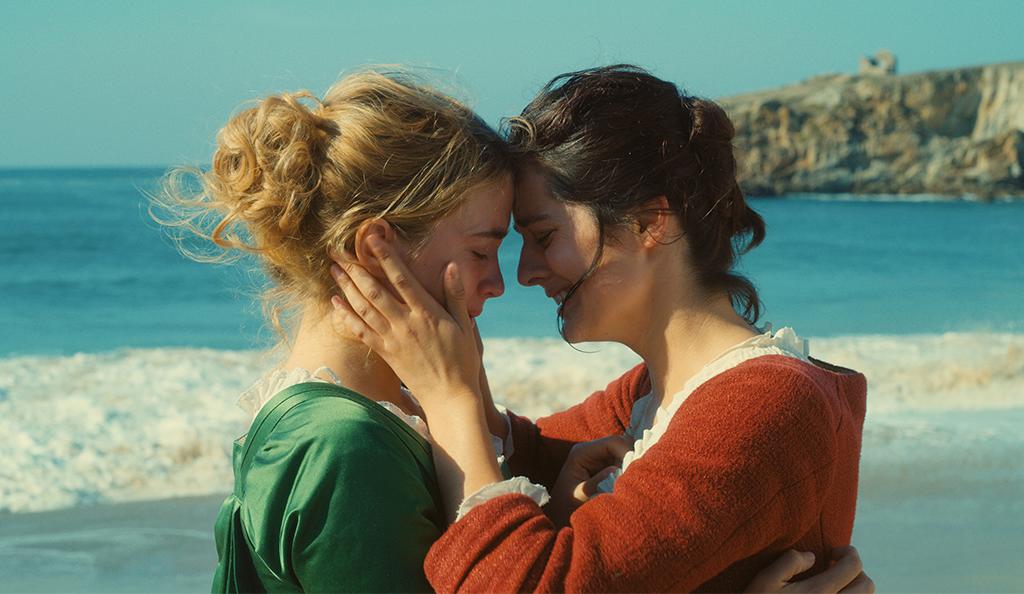 2. Portrait of a Lady on Fire, directed by Céline Sciamma

The greatest romantic dramas grow out of tragedy and time. Like Call Me By Your Name, Portrait of a Lady on Fire demonstrates an astute, sexy sense of patience, unravelling like a slow and detailed tapestry.

The lovers in question are Marianne (Noémie Merlant), a painter, and Héloïse (Adèle Haenel), the muse. Marianne is employed to paint Héloïse’s portrait, but struggles with the latter’s erraticism, which has discouraged many previous painters. But as they begin to know and understand each other, the faint antagonism develops into a sensual, beautiful love.

We said: ‘The film’s exquisite beauty emanates from haptic sensations as much as set pieces – feel the warmth of a roaring fireplace, hear the crackle of the flames in-between the whispers of sweet nothings. Marianne’s pencil scratches the page with the kind of determination that gives goosebumps – but then the softness of a kiss, with pink lips glossed with saliva, is almost close enough to taste.' 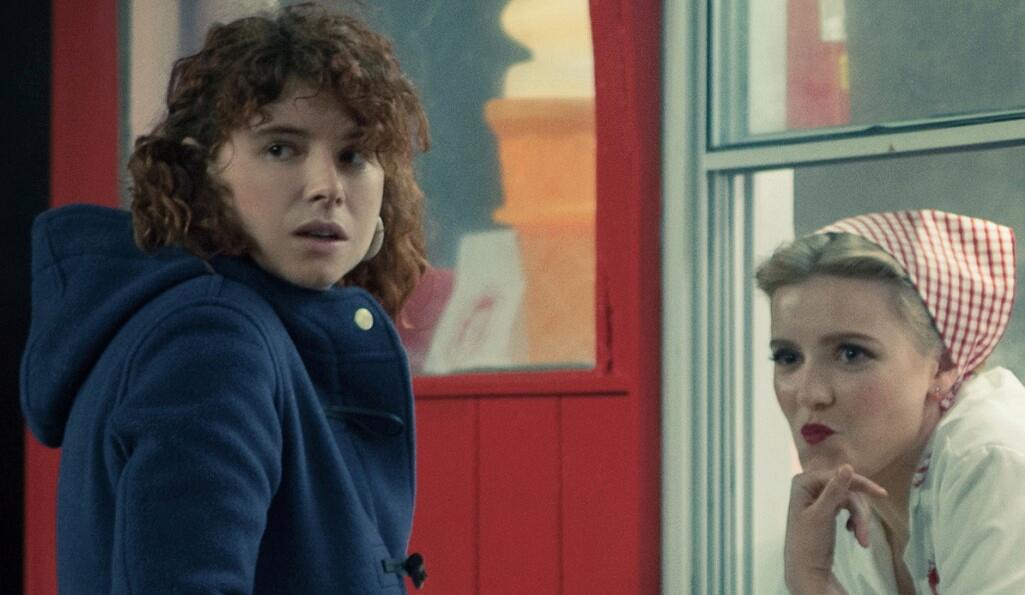 The latest brain-scratcher from Charlie Kaufman strikes more nerves and sheds more tears than any of his previous projects, growing into an eerie and enigmatic horror movie.

He combines philosophy and surrealism together, following a Young Woman (Jessie Buckley) who is thinking of ending things with her boyfriend (Jesse Plemons). But as the snowy road to his parents (Toni Collette and David Thewlis) morphs her into different personalities, time passes with a frightening elasticity and escape seems impossible.

We said: ‘It may affect people in different ways, and some anti-absurdists will hate the ambiguity, but Kaufman creates another bleak and brilliant world stuffed with ennui and regret. I’m Thinking of Ending Things is a surreal, romantic tragedy; a shattered pattern of melting possibilities.’

Portrait of a Lady on Fire