Portrait of a Lady on Fire premiered at the 2019 Festival de Cannes, winning the award for Best Screenplay and the Queer Palm.

Waves of soft blonde hair gently cascade down a young woman’s neck. Another one, with porcelain skin and lovedrunk dark eyes, looks on. Seeing is a decisive act in Céline Sciamma’s Portrait of a Lady on Fire, a love story that understands the secrets of a stolen stare, the crucial tenderness of holding a person’s gaze that can break a heart without saying a word.

A painter is tasked with painting the portrait of a young and wealthy wife-to-be – other artists before her failed, as the muse knows the painting will be gifted to the man she has no wish to be with. Marianne, the painter, is cautious and curious. Héloïse, the muse, is trapped by her commitments, yearning for control and freedom, to find intimacy in a world in which she’s always been watched at the centre, but never truly seen.

As Marianne progresses with the painting, she drops her guard and lets Héloïse understand her process. Art, as a means of better understanding people, is shared. The significance of painting, music and literature feeds their relationship as it flowers. Although the portrait looks like Héloïse, it only offers an image – still so far from reality. 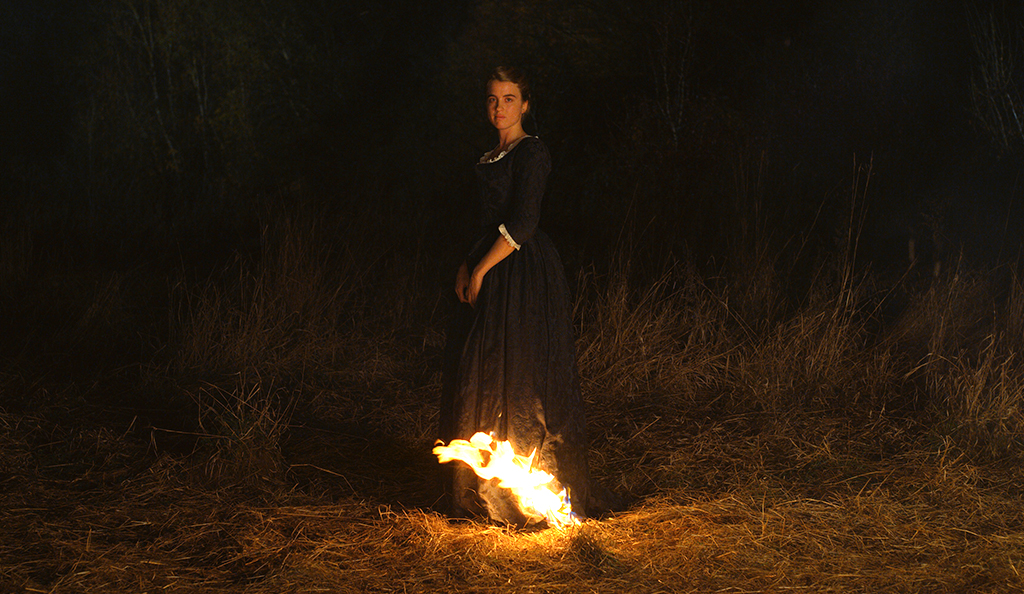 Adèle Haenel in Portrait of a Lady on Fire

Understanding the complicated paradoxes of the realities we see, at war with the representations we create of them, Sciamma taps into a raw and overflowing reserve of concealed desire and shattering kindness.

The director’s sophisticated eye paints pastel colours on beaches and dresses, and bathes the pristine world in beautifully glowing light. It’s as if Marianne and Héloïse’s story lives in the finite window of a neverending golden hour, shining only for them.

Romantic snapshots create a sense of immediate nostalgia, allowing the viewer to lean in and hold onto fragments of this story to keep for their own. A piano bench is made big enough for two, a page number becomes a secret lifesaver.

The film’s exquisite beauty emanates from haptic sensations as much as set pieces – feel the warmth of a roaring fireplace, hear the crackle of the flames in-between the whispers of sweet nothings. Marianne’s pencil scratches the page with the kind of determination that gives goosebumps – but then the softness of a kiss, with pink lips glossed with saliva, is almost close enough to taste.

Portrait of a Lady on Fire gives women the space to discover each other with time and grace. Marianne and Héloïse are different in fateful ways, but their affair is laced with sensitivity more than fear or sadness.

Men take up little room in this world. When Marianne finds herself in a gallery looking up at an image of Héloïse, a male visitor shares his opinion. But it matters little – although the images belong to everyone, the eyes of these two devoted women are only for each other.