It’s a daunting task for Armando Iannucci, best known for making dark political satires like The Thick of It and The Death of Stalin, to compress Charles Dickens’s 900-page magnum opus David Copperfield into a concise couple of hours. A miniseries might have been more appropriate.

But even though Iannucci and co-writer Simon Blackwell cut and speed through the source material, they employ a rich and dreamy and energetic style that invigorates like any great chapter from a Dickens novel.

The Personal History of David Copperfield starts and continues with a theatrical flair, beginning at the end as a grown-up David Copperfield — played by a continually charming Dev Patel — orates his masterwork in front of an audience. The wall behind him gives way to a cinematic rush through a rural countryside, walking into the hours before his birth.

From there, Copperfield drifts through David's fond childhood memories of his mother, his kind housekeeper Peggotty (This Country’s Daisy May Cooper), and an upturned boat house sitting on a pebble beach. Inevitably, this then shifts to David's darker recollections of beatings at the hand of an evil stepfather and harrowing experiences in a brittle Victorian workhouse. These scenes stream into one another in a magically nostalgic haze; vivid images push against a retrospective window.

The narrative becomes more conscious as David grows into an adult, played with vibrant comedy by Dev Patel. He leaves the workhouse to live with his Aunt Betsey Trotwood (Tilda Swinton) and her lovable companion Mr. Dick, played by an inimitably funny and daft Hugh Laurie. As with Dickens’s most popular books, the journey traces David’s rise into gentlemanship while trying to place his poor past behind him; he turns into something of a conflicted snob.

Iannucci and Blackwell revel in these scenes, poking at classic class anxieties, especially as David attends school and begins his long rivalry with the ’umble Uriah Heep, played by a grovellingly great Ben Whishaw (Paddington 2, A Very English Scandal).

The dialogue hits back and forth like a tennis match between clowns, producing some of the funniest scenes ever given to a Dickens adaptation. This works concurrently with Iannucci’s fun and kooky direction, inserting a Chaplin-like visual comedy amongst the literary laughs and witty remarks. With such a rich selection of British talent on screen, refreshingly diverse compared to previously whitewashed adaptations, it's no surprise the humour gallops across every scene like a horse-and-chaise that never reigns in.

This accelerated pace occasionally comes at the detriment of certain characters, especially in David's skimmed friendships with the existential Steerforth (Aneurin Barnard), the loving Agnes (Rosalind Eleazar), and the nieve Emily (Aimée Kelly). A miniseries might’ve explored these characters in more detail, but this clipped and joyous adventure more than suffices.

Iannucci not only makes an elegantly satisfying Dickens movie, up there with the best, but proves he can reach beyond the sweary politics of sordid people in power. Like David, he moves into a new and hopefully fruitful stage in his life. 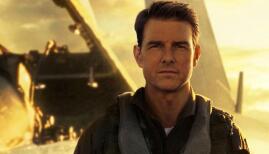 In cinemas this weekend: Tom Cruise vs The Queen