In Hotel Mumbai, Dev Patel and Armie Hammer face off against terrorists in the Taj Palace Hotel. Based on the events of the 2008 Lashkar-e-Taiba attacks in India

It’s a difficult line to tread: using a real-life tragedy to facilitate an action-packed, fictionalised version of events. Yet it can be done, respectfully and responsibly. But where the esteemed examples walk that line without clumsily veering into exploitative territory, Hotel Mumbai wobbles, trips and falls while clearly having inappropriate fun.

The debut feature film from Anthony Maras takes the 2008 Lashkar-e-Taiba attacks in Mumbai, India, as the catalytic tragedy – crafting a well-made, but ill-advised, thriller from the bullets, blood, and bodies left inside the five-star Taj Palace Hotel.

Maras and co-writer John Collee spread their narrative scope across many characters. They start with the terrorists arriving by sea; then join a rich couple (Armie Hammer and Nazanin Boniadi) entering the hotel through the front doors; then follow the courageous waiter (Dev Patel) arriving late for work.

When the shooting kicks off, even more perspectives open as Indian citizens and Western tourists flee towards the Taj. The staff help the runners as much as the guests, and the police on the ground do what they can. Maras and Collee examine nearly everybody involved (including the terrorists), providing an exciting, accessible map of the attacks. 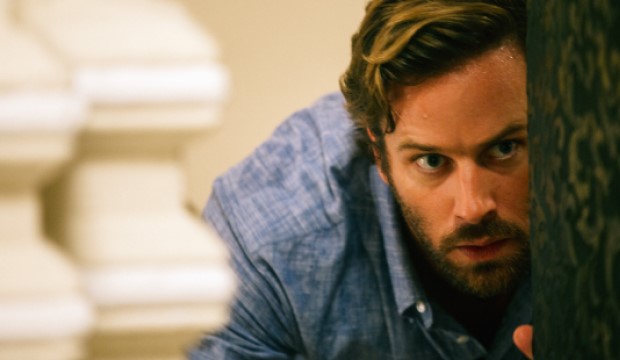 Maras obviously wants the violence to be uncomfortable. It was horrific in reality; ergo, that needs to show on film. As if to emphasise this further, he crosses the fiction with real TV broadcasts from the time. Yet despite the crushing truths of merciless shots to the head, and blood spilling across pristine white lobby floors, there’s still the transparent desire to re-design this very real attack into a Hollywood action movie.

The lovely Dev Patel plays the humble and heroic waiter, taking it upon himself to save everyone. He’s a safe and engaging presence: unable to get to work on time with the proper uniform, yet managing to herd a group of guests out the line of fire.

But his heroism is almost ruined in the presence of Armie Hammer, playing the culturally confused American guest David. This is Hammer at his very, very worst – giving a dumb and sparkly-eyed performance as the film’s white hero, which is apparently mandatory. And then there’s the hard-nosed Russian misogynist, bizarrely played by Jason Isaacs. He’s a cartoonish, mercenary type who offers a kind of non-PC comic relief while being (it transpires) one of the good guys.

A brutally choreographed and meticulously researched thriller hides inside Hotel Mumbai, but the thrills of the fiction burn under violent realities. To have fun in such an exploitative space is a challenge to swallow. Maras would have done better to avoid true tragedies and focus on something ridiculous, something that harnesses his obvious action-movie talents. 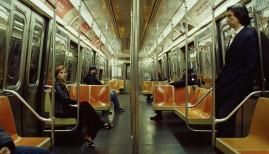