He’s only truly been in the spotlight just shy of two years, and yet Timothée Chalamet seems to have already reached a point in his career where the news of his casting in a Shakespeare adaptation prompts nothing more than a bit of a shoulder shrug, one that welcomes the project but is hardly concerned about his suitability for the role. A young wayward prince? Sure, worldwide talent and object of desire, third-youngest Oscar nominee in history – please take a seat.

The actor plays King Henry V of England in David Michôd’s The King – an ambitious, serious adaptation of several plays from Shakespeare’s Henriad; Henry IV, Parts 1 & 2, and Henry V. Michôd builds a greyscale world of opulence and responsibility, as Chalamet’s Hal is thrust to the throne following the death of his father (Ben Mendelsohn, suitably regal as Henry IV).

The film follows the surly young king’s ascent and the early stages of his unstable ruling (including the messy and muddy Hundred Years' War) preceding his marriage to Catherine of Valois (Lily-Rose Depp returns to the mainstream with a minor, but still noble performance). 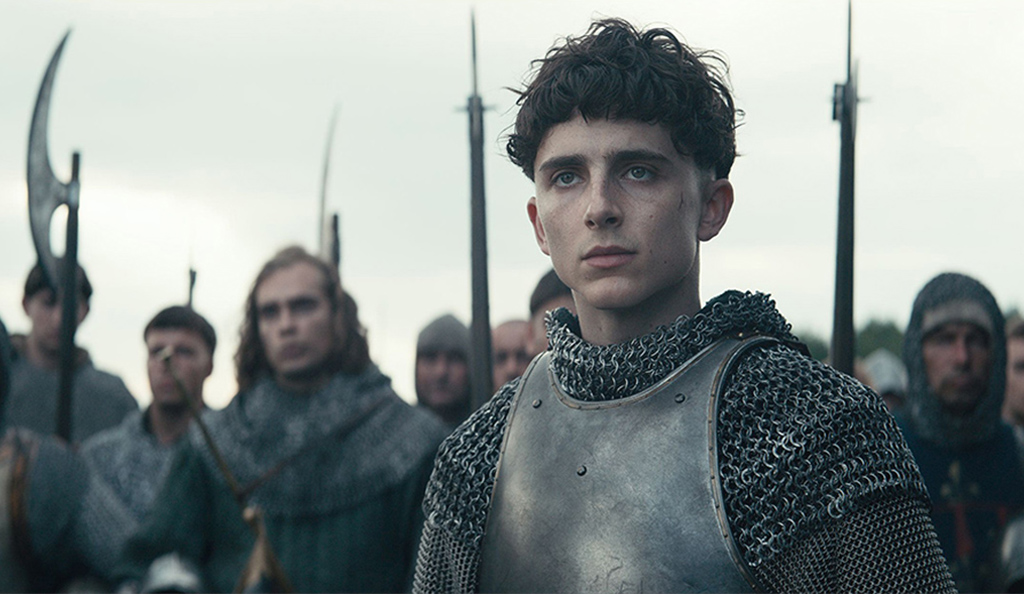 Timothée Chalamet in The King

The film is dense and indulgent – not to say that this 15th century period piece should snap to fit a digestible format for the average restless 21st century viewer streaming on Netflix, but as much in insistent scripting (‘The King… Our King’, one character breathes) as excessive landscaping (see the half-dozen cutaways to a cloudy sky) there are moments in which the weight of the 2h13min-epic is felt a touch too much.

But the strength of these heavy parts often brings effective tension to the picture – namely, whenever the magnetism of the film’s lead is left to operate simply. Michôd tends to Chalamet’s features, rarely skimping on any close-up from any angle that might highlight the shape of his royalty. The part offers new challenges for the actor in terms of a British accent and a more scathing character than he might be used to – but beyond that, this is textbook work from a talented boy known for his brooding.

The accent is convincing, if a touch clipped – his vocal performance brings to mind Mary Poppins more than any other earlier reference, infusing every line with half a whisper and prolonged vowels. This, and the irritable twitch in his facial muscles that comes with many a scornful conversation, amplifies the credibility of his Hal as an unruly heir and, above all else, a petulant teenager (even though Hal was, in fact, 27 when he became king). 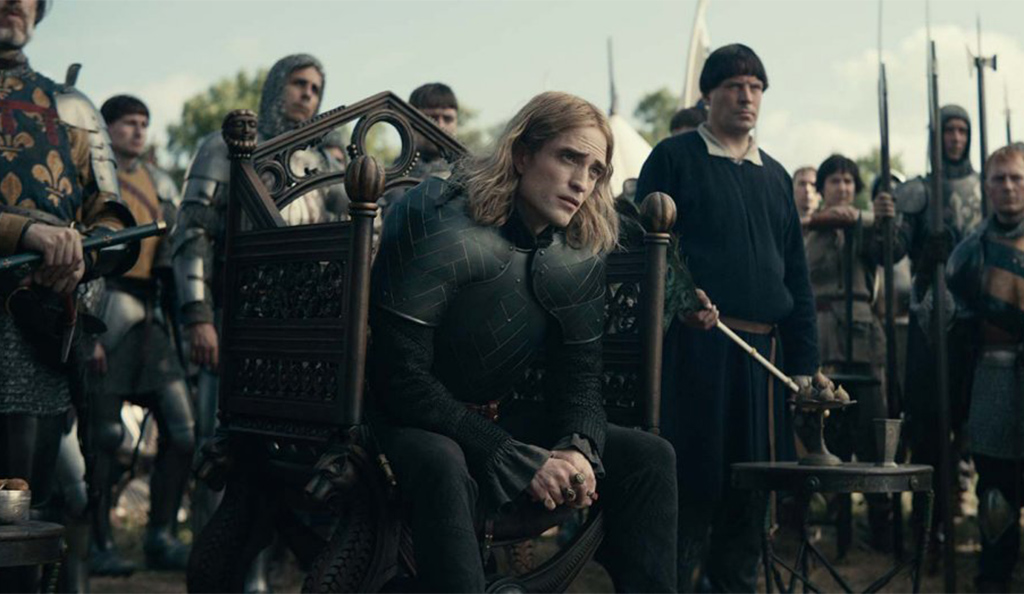 Robert Pattinson in The King

Everything fits into place until Robert Pattinson enters the equation. His interpretation of the Dauphin certainly isn’t the first pantomimic take on the monarchy, but from the second a few words escape his lips in an over-exaggerated and unrealistic drawl, cloaked in an awful French accent, it’s impossible to pay attention to the stakes established by anyone else.

There is so little to explain how such jarring behaviours came to be. Joel Edgerton (who co-wrote the film) does a chirpier and more playful role than usual as John Falstaff, and a few instances of hammy cursing add some unexpected entertainment value, but Pattinson’s memory still taints the gravity of the film irreparably.

In moments of respite from the Dauphin, England of the era looks almightily beautiful and Michôd enlists Hollywood darling Nicholas Britell to score the film accordingly. But where his work on If Beale Street Could Talk was genius in its delicacy, the music here only amplifies the one-note luxury of a world never explored deep enough.

On paper, it’s a perfect role for Chalamet, and in practice, he delivers as much as can be mustered from paper-thin psychology. The marriage of fan service and historical tribute erects an impressive monument of a film in The King. It's one that amazes in its beauty – but also too quickly fades from memory, as soon as the page of another story has been turned.

Reviewed at the 2019 BFI London Film Festival. The King will be in cinemas from 11 October and on Netflix from 1 November.