1 CW reader is interested
The Favourite film review 4 The Favourite film review Ella Kemp
Fairness is not a priority in love or war for Yorgos Lanthimos. ‘Favour is a breeze that shifts direction all the time’, we are told in the director’s fantastically incisive new film, The Favourite, a biting regal affair. Sadistic indifference has characterised Lanthimos's body of work, from Dogtooth to The Lobster, and here, the way in which human emotion can poison even the most prestigious political institutions feels all the more enjoyable.

In the early 18th century, England is at war with the French and Queen Anne (Olivia Colman) has throbbing calves and emotional insecurity. It’s the historical truth of a monarch and the bitter rivalry between two cousins for the title of court favourite. The story was written by Deborah Davis and Tony McNamara, making this the first script that Lanthimos has directed without writing himself.

The Duchess of Marlborough, Sarah Churchill (Rachel Weisz) is the Queen’s most immediate companion. She’ll be the one to advise against badger-looking makeup (more common than you might think) and to remind Anne that the war isn't actually over yet. The pair live in harmony, sharing advice and kisses in secret while keeping the country in check. When Sarah's cousin Abigail (Emma Stone) arrives, their balance is compromised. It's a universally acknowledged truth that three is crowd, but it's never looked like so much fun. 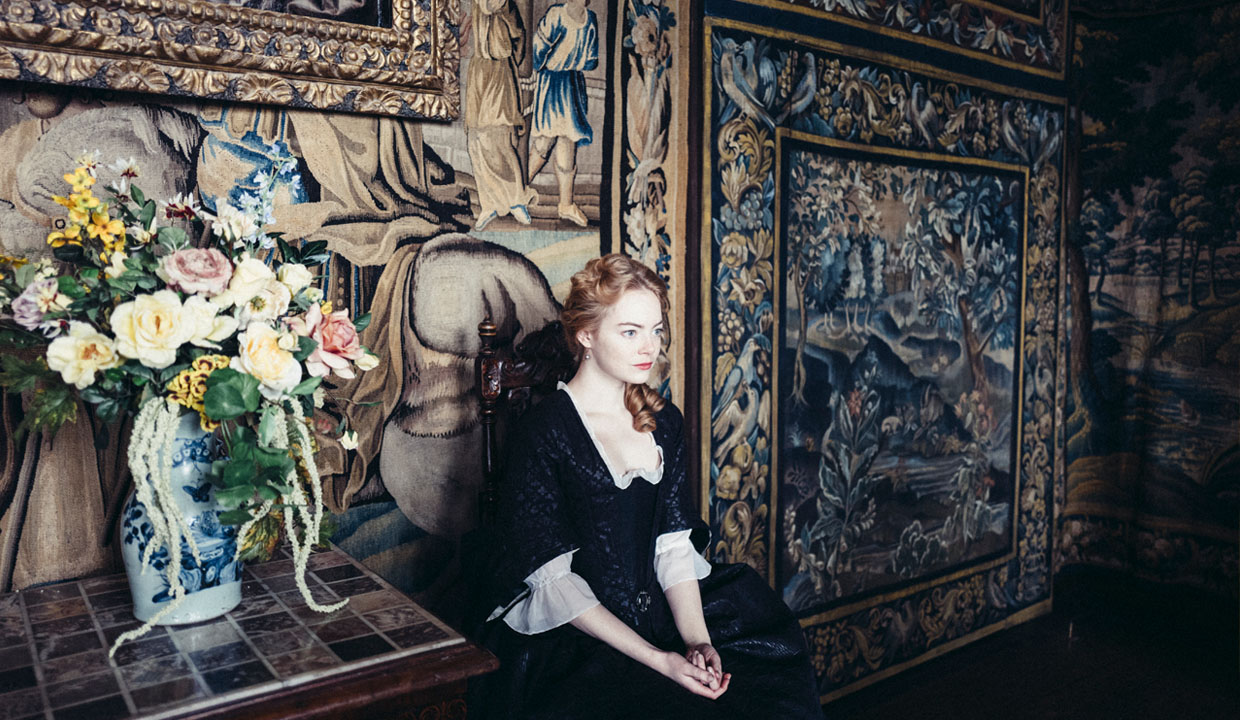 Lanthimos directs his period piece with childlike frivolity, without ever losing the sharp confidence that characterises his work. The members of royalty spit insults and matter-of-fact praise at each other with lucid judgement; Nicholas Hoult's scathing Robert Harley acknowledges that 'a man must look pretty', while the women are described by their 'cute ears' and are also called pretty, outraged, tasty and salty in turn. Let's not forget the momentous occasion upon which we've reclaimed the term 'cuntstruck', too.

The three women share the limelight, in a refreshing instance where a 'strong female character' isn't just a novelty buzzword or an act of tokenism in a man's world. Here, 'strong' allows Anne, Sarah and Abigail to be impulsive, ridiculous, pathetic, lustful and vulnerable all at the same time. The dynamic constantly shifts to keep the story feeling fresh, as friendship makes way for desire and polite loyalty quickly fades in favour of juvenile revenge. It's clever, and it also makes sense to let the male characters toy with traditional displays of vanity and control, allowing them chase after a woman's affection and wear just as much makeup too.

The Favourite feels at once familiar and completely fresh as a Yorgos Lanthimos film. There's less nightmarish fatalism, with no one bleeding out from their eyes or inexplicably turning into a wolf like in his other titles. This means the story is susceptible to moments of quiet, where the audience must sit through history which doesn't always comply with the conditions of a consistently entertaining dystopia.

But in the seesawing emotions of the monarchy, delivered with career-best versatility from the trifecta of engaging women, there's a newfound gravitas that increases the credibility of Lanthimos' comedy. This is a history lesson as much as a crown jewel of high-profile performances, proving that there is great strength in the courting of a woman's heart. 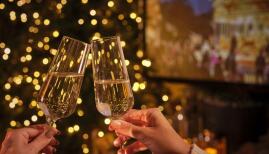