Judging by the big screen adaptation of Donna Tartt’s popular Pulitzer-winning novel The Goldfinch, it seems filmmaker John Crowley isn't familiar with the phrase ‘If it ain’t broke don’t fix it’.

The 784-page book has been spawned into a 2h29 movie that somehow still feels lacking; in intrigue, in style, in emotion, in reason. It’s a slow project, retelling the adolescence of Theodore Decker, who is riddled with guilt and grief following a bombing in the Metropolitan Museum of Art that killed his mother. He searches for meaning as he tries to fit in with a new family, while wrestling with his own burgeoning relationships. The film flits back and forth between Theo’s life immediately after the tragedy, when he’s taken in by a wealthy family, and a few years later as he finds his feet selling antiques.

The relic that supposedly anchors the story is the work of art that gives the film its name – an oil painting of a chained goldfinch by Carel Fabritius. It’s one of the sole surviving pieces from the bombing, and the item that haunts Theo’s sense of self as he searches for something tangible to give him hope in a lonely world.

The book is written in Theo’s voice, from his perspective, and the film aims to keep up with this – but Ansel Elgort’s funereal voiceover only flattens Tartt's prose. Screenwriter Peter Straughan turns her text into a discombobulated, sterile piece of work. Characters talk to the film they’re in rather than each other, letting sentences hang unfinished, slapped onto the screen over whichever indulgent, vacuous blurred-out shot it’s time for. 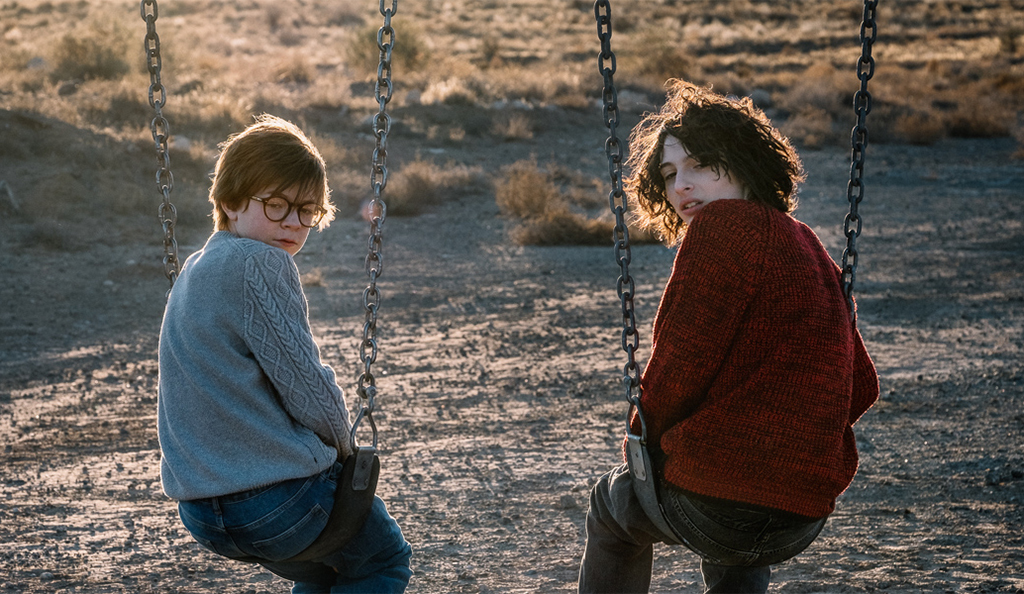 Oakes Fegley and Finn Wolfhard in The Goldfinch

To imagine this film sufficient for fans of the book, ready to accept an uneven adaptation in order to experience the story, seems hard to believe. Somewhere in the indulgent, bloated exposition, there lies a danger – the one clearly oppressing Theo sincerely. But wooden performances make empathy impossible, as Oakes Fegley and Ansel Elgort, playing Theo at both ages, fail to invest any credibility. There’s an insistence on knitted brows and straight lips that numbs any sense of humanity.

The Goldfinch deconstructs its own climax by presenting a scattershot narrative, one that chops itself into pieces so small they almost disappear. Aesthetically, too – an orchestral score is inexplicably swapped out for a Radiohead track on two occasions, and muffled breathing dominates the movie's sonic through-line a breathtakingly excessive amount.

There are vague traces of ambitious philosophy, as the psychology of art forgery teases some kind of diagnosis for Theo’s deep anxiety. But it falls flat – like his friendship with Boris, like his relationship with the Barbours (Nicole Kidman puts in a fine performance as Mrs Barbour, but by this point not even she can save this), like the half-hearted attempt at a lasting connection with Pippa, the only other person in the world who might understand Theo's trauma.

It’s a shame, as the material clearly holds so many riches. But there’s a line that Theo’s business partner at the antiques shop, James ‘Hobie’ Hobart (Jeffrey Wright) mutters that rings painfully true: ‘The new one is flat, dead’, he says of a copy of a chair. With all the good will in the world, nothing with greater value can be assigned to the film that allegedly supports it. 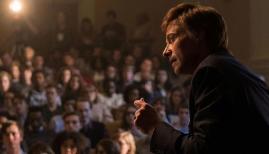