Get ready to laugh, cry, and be seduced by this new hilarious Netflix comedy Sex Education. Asa Butterfield and Gillian Anderson star

But on Netflix, a stream of more considered and intelligent sex comedies are coming to the fore, all dipping into particular generations. Big Mouth covers the step into puberty, Lovesick enjoys the trials of twenty-something relationships, and Wanderlust largely explores sex in middle age.

Now a new series from debut writer Laurie Nunn has entered the chronology, this time delving into the sexual conquests of mid to late teenagers in secondary school. 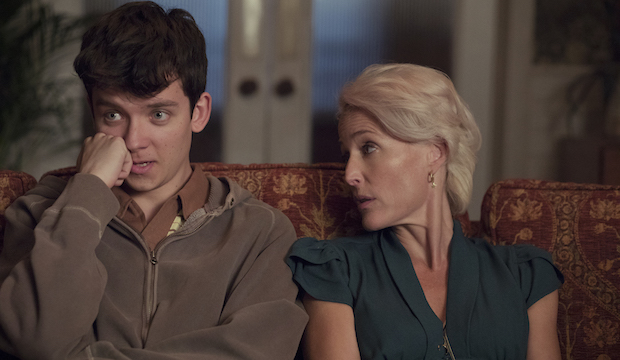 Set in the fictional town of Moordale, Sex Education follows Otis (Asa Butterfield) – the son of liberal sex therapist Jean (Gillian Anderson) – who tries to survive sixth form with his gay best friend Eric (Ncuti Gatwa). When he offers some sex advice to another student, the punky intellectual girl Maeve (Emma Mackey) takes advantage of his knowledge and cuts him a deal: he gives paid advice to the sexually confused, and she handles the business end.

The series takes a couple of episodes to get going, introducing numerous characters in a southern town that’s almost fantastically separated from the rest of the world. Moordale looks like the setting of an ‘80s American teen movie with a colourfully cliquey school, an uptight headmaster (Alistair Petrie) clipped out of a John Hughes film, and a flurry of pop rock from that era like Talking Heads and The Smiths blessing the soundtrack – yet it's set firmly in the digital present.

And being so used to these types of comedy shows rolling out in bite sized 30-minute chunks, the 50-minute runtime of each episode also feels excessive at first. But, gradually, it becomes obvious why the series needs that extra time. 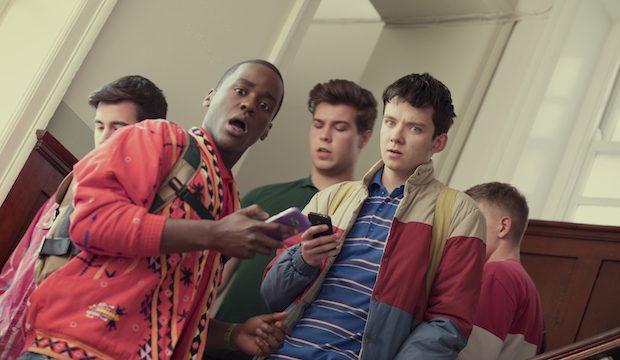 The first few episodes deal with the hilarity of certain teenage sex and relationship problems: concerns about a wanking addiction, not being able to orgasm during sex, vomiting on a penis after gagging on it etc. After the deal with Maeve, Otis helps all of these couples and singletons to reach some peace with their problems. 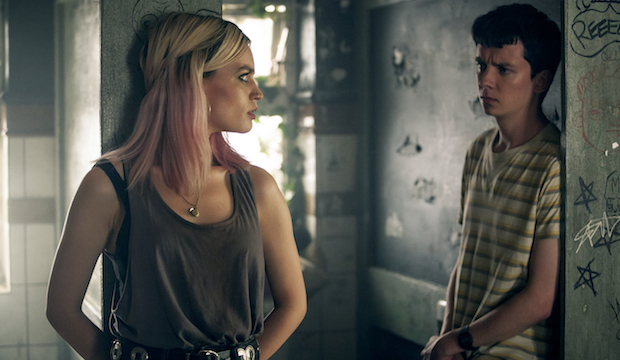 But the real world does break through, and this is where the series bears its emotional weight. Not only are tricky relationships dealt with, but poverty, consent, abortion, homophobia, transphobia, online shaming, and emotional abuse are treated with care. At the same time, Nunn maintains an overwhelming level of compassion for every character – even the most undeserving. Moordale is filled with an ensemble of vivid and hilarious personalities who are (on the inside at least) anxious in their particular cliques, and the extra minutes prove essential for their stories.

With Sex Education, Nunn has made one of the most empathetic shows on television: an hysterically funny and absorbing comedy that’s not afraid to make you cry. You might even learn a thing or two.

Sex Education is available on Netflix from 11th January