2019 kicks off with plenty of thrills, laughs, and scares this January. Netflix UK highlights include A Series of Unfortunate Events and the new coming-of-age story Sex Education 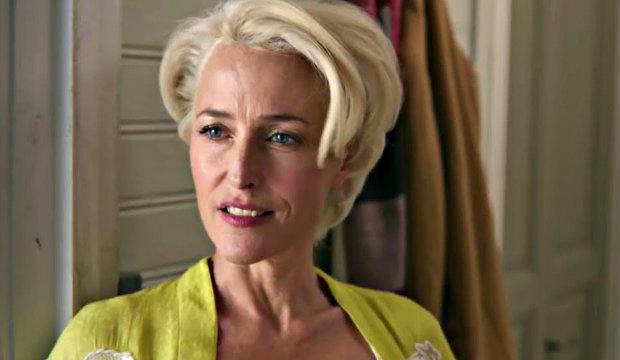 The Baudelaire orphans return for the third and final time! This dark, stylistic, and twisted children’s series (based on the Lemony Snicket novels) isn’t just for the kiddies. There’s enough to frighten the grownups too and make them laugh, especially in the excellent re-imagining of the criminally horrible Count Olaf by Neil Patrick Harris.

Taking the best of Tim Burton and Wes Anderson, while possessing a Monty Pythonesque flair, we can’t wait to dive back into the bleak pool of A Series of Unfortunate Events. 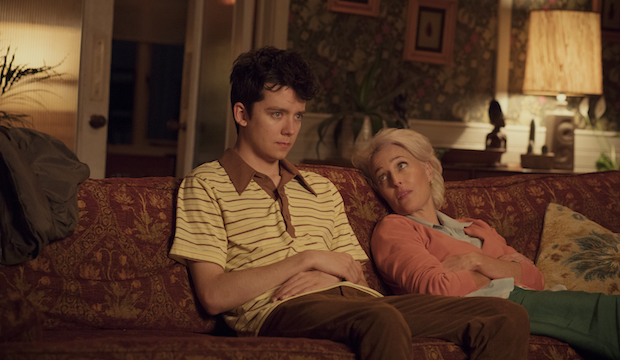 Puberty is a harrowing experience, so why wouldn’t you want some guidance?

Otis (Asa Butterfield) is the teenage son of sex therapist Jean (Gillian Anderson), who believes in being completely open with her son about the dreaded birds and bees. Despite being a socially awkward high school student, Otis is wise on the subject of sex and realises he can use that knowledge to gain status at school. So he starts an underground sex therapy group to advise his fellow students. 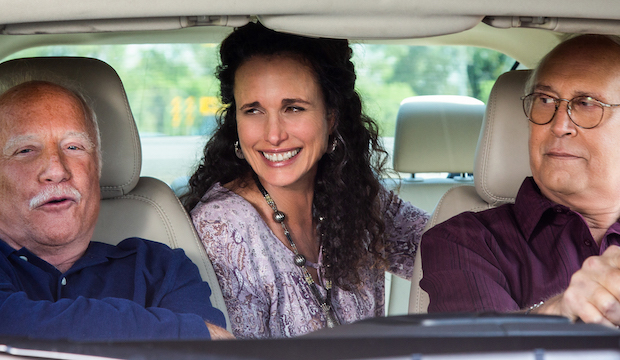 Combining the cinematic talents of Chevy Chase, Andie MacDowell and Richard Dreyfuss, The Last Laugh tells the story of a retired comedian (Dreyfuss) who’s encouraged to go back on the comedy road by his former manager (Chase).

Past friends are always a hassle when they come out of the woodwork. But in the hilarious comedy series Friends from College, a group of uni mates never separated and, despite reaching 40, always revert to their younger selves when they’re around each other.

In season 2, after the affair between Ethan (Keegan Michael-Key) and Sam (Annie Parisse) is exposed to the whole group, they go their separate ways. But when Max (Fred Savage) – another uni mate – announces his wedding, they’re forced back together again.

Like Love, Actually, but made in America. This silly ensemble rom-com follows a large group of connected couples and families and singletons on the year’s most infuriating day. Valentine’s Day boasts an exceedingly handsome Hollywood cast – including the likes of Julia Roberts, Anne Hathaway, Bradley Cooper, Ashton Kutcher, Jessica Alba, and Taylor Swift.

Winner of the Caméra D’Or prize at the Cannes Film Festival, as well as the being the Belgian entry for next year's Foreign Film Oscar, Girl tells the story of a 15 year old transgender girl who aspires to be a ballerina. Facing the trials and prejudices around her, she enters ballet school while enduring sex reassignment surgery.

Considering the previous foreign Oscar winner, Sebastian Lelio’s A Fantastic Woman (also about a transgender woman), all eyes should be on Girl this time around.

Get the tissues out, you’re in for an emotional ride. Starring Shailene Woodley (Big Little Lies) and Ansel Elgort (Baby Driver), The Fault in Our Stars follows two terminally ill teenagers as they fall in love. Based on the widely loved novel by John Green, the film will fill your heart then promptly pierce it.

Based on the teenage years of American footballer Michael Oher, The Blind Side captures his life growing up in foster care in Tennessee. Leigh (Sandra Bullock) sees something in Michael (Quinton Aaron) and wants to help him, becoming his legal guardian and leading him on the road to sportsmanship.

Saroo Brierley was an Indian orphan who accidentally split apart from his family at five years old, after being told to wait on a train. 20 years later, he tried to find his biological family within the complicated train systems of India. A sad but uplifting tale of family and identity, the Oscar-nominated Lion re-tells that story with Dev Patel (Slumdog Millionaire) playing Brierley.

The new iteration of the massive ‘60s sci-fi series Star Trek continues in its second season. Taking a funnier, ruder, and generally more entertaining approach, the USS Discovery flies across space during the war between the Federation and the Klingons.

Replacing Captain Gabriel Lorca (Jason Isaacs) from season one is Christopher Pike (Anson Mount), a character first introduced in the original Star Trek as captain of the USS Enterprise.

The mind-bending heist thriller from The Dark Knight director Christopher Nolan is the most thoughtful action movie made this decade.

Inception follows a band of robbers who steal ideas from people’s dreams, and they’re now given the complicated task of planting an idea. Starring Leonardo DiCaprio, Ellen Page, and Tom Hardy, this movie will certainly screw with your sense of reality.

Yes, this is the superhero series where Hugh Jackman gets his claws and chest out. Aside from Logan, Days of Future Past is the best film of the X-Men series – reversing the problems with the previous films and joining the prequels with the present timeline. Also starring James McAvoy and Jennifer Lawrence, this is a thrilling, time-chasing adventure.

Titans follows the barely sung heroes of the DC Comics, creating a story around Batman’s sidekick Robin (apparently they’ve been having some issues). Within Gotham he teams up with Raven, Star Fire, and Beast Boy to fight the evil in the city.

Robots vs Aliens – what could be better? In this big-budget blockbuster from fairytale auteur Guillermo del Toro, giant aliens sprout from under the ground and threaten human existence. In response, the humans build massive robots to fight them. Idris Elba stars. 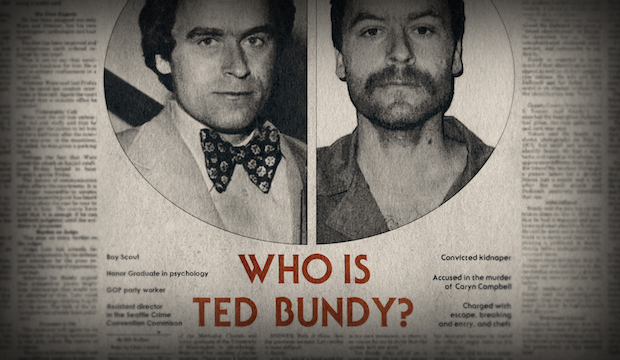 There’s always been a fascination with serial killers, but it’s only recently that true crime investigations have grown to morbid popularity. After releasing the excellent Mindhunter in 2017, which talked with versions of real-life serial killers, Netflix are now giving us the real thing. This new documentary series Conversations with a Killer explores Ted Bundy (a killer that didn’t look like a killer) who admitted to 30 murders in the 1970s.

This new series will also be good preparation for Extremely Wicked, Shockingly Evil, and Vile, the new Ted Bundy movie starring Zac Efron (set to premiere at Sundance this January).

The late great filmmaker Nicolas Roeg was always attracted to the strange and the horrible. This is no less the case in his only children’s film The Witches, based on the creepy story by Roald Dahl, in which a little boy stumbles upon a conference of witches. He’s quickly turned into a mouse, and must find a way to turn himself back and kill the evil witches.