In the final episode of My Brilliant Friend, based on the novel by Elena Ferrante, Lila's wedding is on the horizon and Lenù is feeling rebellious

The finale, titled The Promise, outweighs episode 7 in terms of conflict – but despite the emotion in the season’s conclusion, it’s rather anticlimactic considering the 8-hour journey up to this point.

Lila (Gaia Girace) is making preparations for her wedding to Stefano (Giovanni Amura). Her family’s shoe shop has grown, and they have more expensive shoes on sale – all designed by Lila. Lenù (Margherita Mazzucco) starts to rebel at school by arguing against a priest and re-fancying Nino Sarratore (Francesco Serpico) despite his father and despite her ‘going steady’ with the mechanic Antonio (Christian Giroso). 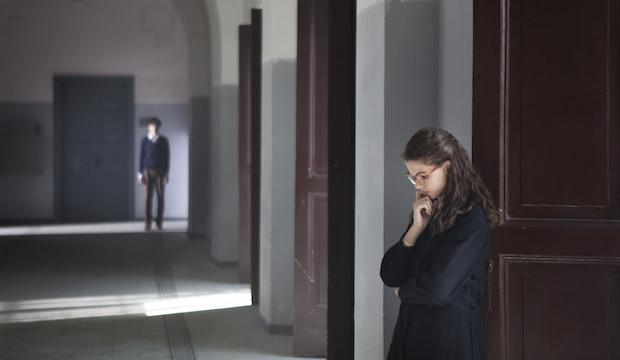 Lenù and Lila seem to blend into each other’s identities. Both are trying to refute how they’re seen and step into the body of the other. When Lila is trying on bridal gowns, she remarks to Lenù of the difference between the two of them: ‘Everyone thinks that you’re the good one and I’m the bad one’. Lenù doesn’t possess the viciousness of Lila, but her renouncement of the power and relevance of God to the school priest is a step into that sort of rebellion.

Lila, contrary to her nature, is becoming a ‘lady’ – being married off and enjoying the fruits of her new wealth. But obedience isn’t her style, as we know. But both characters are burdened by what they can’t do. Lenù can’t remain rebellious if she’s to stay in school, and Lenù can’t return to education or write for herself. After reading a piece that Lenù has written for a magazine, Lila refuses to read another because it ‘hurts’ her. 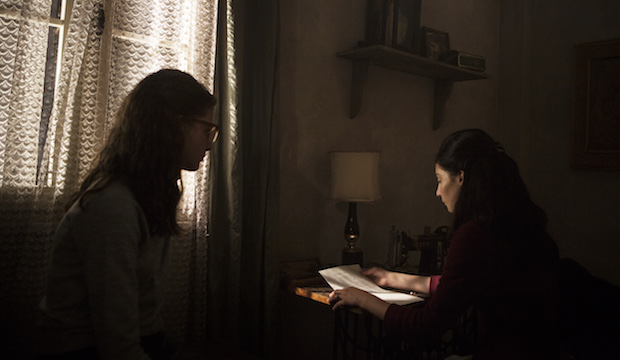 The climax to The Promise isn't too strong, but there's still an unsettling edge to it. The episode leaves with questions of whether change is really possible, whether efforts by two childhood friends to unite the community were in vain, whether a marriage will create a better life or revert to how it was before.

The end scene certainly builds the excitement for a second season, but delivers an unfulfilling exit. Maybe that’s the point, maybe it's the ultimate realist ending - what's reality if not unfulfilling? 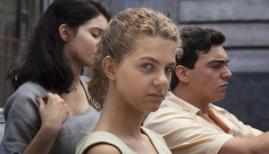