Tom Bidwell's long-awaited adaptation of Richard Adams's famous novel Watership Down is coming this Christmas, with James McAvoy in the title role. Here's everything we know

They’ve wetted our appetites for the last two years, and it's now been announced it will broadcast on the BBC and dropped on Netflix this Christmas. Winter isn’t coming – the bunnies are.


What’s the story of Watership Down?

Based on the 1972 novel, the story follows a trip of rabbits as they flee from their homeland of Sandleford Warren.

They’ve had to leave because of those evil humans, and so must cross over planes of land to reach a better home and a better society. But there are many obstacles along the way – humans, animal predators, and rabbit adversaries all threaten their desired way of life. 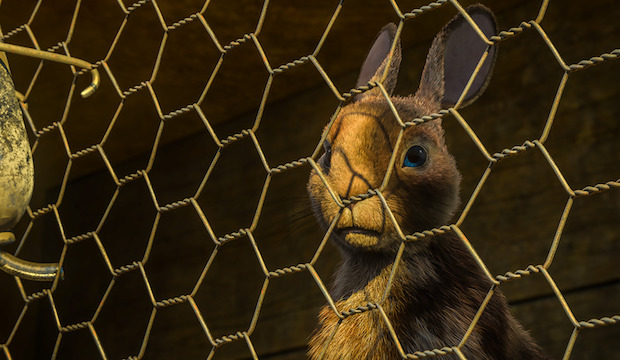 Who’s in the cast of Watership Down?

The cast list for this series is stupidly good. X-Men actors James McAvoy and Nicholas Hoult are reuniting to play the main brother rabbits Hazel and Fiver. Olivia Coleman is Strawberry, John Boyega is Bigwig, and Gemma Arterton is Clover.

Musician Sam Smith has written a theme song for the series called ‘Fire On Fire’, inspired by the original book. He recently tweeted about his involvement, saying: ‘This story is so powerful and timeless, and it’s been thrilling to work on a song for it. I hope everyone loves it as much as I do’.

What’s the Watership Down release date?

Watch the heroic trailer below.