The Netflix releases in November look to be more exciting, more inclusive, and more thought-provoking than ever before. Here's everything we're excited to watch 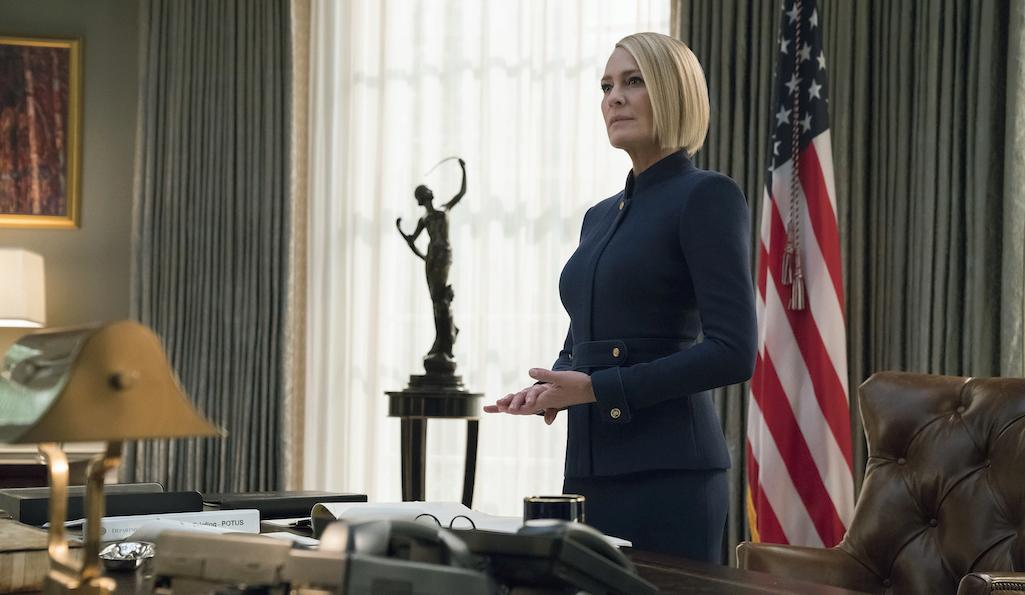 The long-awaited sixth season of Netflix’s first original series is coming right at the start of November, with Claire now taking the dark throne of America After the sexual allegations made against Kevin Spacey last year, his character Frank Underwood has been promptly killed off – leaving her unburdened and ready to rule. But she looks just as devious, if not more so, than her dead husband. Read more about season 6 here.

In season 2 of Derek Simonds’ acclaimed The Sinner, Detective Ambrose (Bill Pullman) takes on a completely new case, and looks even darker that the first season. The killer this time is an 11 year-old boy (Elisha Henig) in New York who murders his parents. Prepare for another gruesome, unsettling experience.

The latest film from the brother directing duo Joel and Ethan Coen, The Ballad of Buster Scruggs is their first anthology movie. Set in the Wild West and moving through six different stories, the Coen brothers tell us tales of cowboys, bank robbers, and bounty hunters. And with an eclectic cast that includes Liam Neeson, James Franco, Zoe Kazan, and Tom Waits, this will likely be a thoroughly entertaining mix of stories. Read our review here

Despite the scepticism about a Star Wars spinoff movie and despite everyone’s confusion about its place in the canon (is it a sequel? prequel? sequel to the prequel?), Rogue One stands as one of the best in the franchise. Focusing on Jyn Erso (Felicity Jones), we follow the events leading up to A New Hope: in the thick of the fight between the Empire and the Rebellion. It’s a thrilling, emotional sci-fi experience, and you can’t help but scream when Darth Vader walks in.

The Other Side of the Wind
UK Netflix release date: 2nd November

Who knew that Orson Welles would continue making movies from beyond the grave? Reels of The Other Side of the Wind, which would be one of Welles’ last efforts before his death in 1985, were found stacked in a Parisian vault – left there after the project was abandoned in 1976. Now, it’s been brought back from the dead and tells the story of J.J. ‘Jake’ Hannerford (John Huston), a filmmaker exiled in Europe who returns to America to make his comeback.

The story of an ageing filmmaker struggling to make his comeback maybe wasn’t a fictional premise. Orson Welles experienced that exact situation when making The Other Side of the Wind between 1970 and 1976. The Oscar-winning Morgan Neville explores the story of the movie’s production in They’ll Love Me When I’m Dead. Through interviews with Welles’s collaborators, recounts the last 15 years in the life of Welles, this titan of cinema.

Despite a largely negative response from critics on its release in 2007, P.S. I Love You is still talked about today. Holly (Hilary Swank) is left widowed after her husband Gerry (Gerard Butler) dies of a brain tumour, but afterwards starts to receive letters from him. His intention, post-mortem, is to help her move on. A weepy noughties romcom.

After spending three seasons following the drug cartels in Colombia, during and after the power of Pablo Escobar, the Narcos series now travels across countries and back in time. Narcos: Mexico follows the cartels in Guadalajara during the late ’70s and early ’80s, tracking the rise of the notorious drug lord Felix Gollardo (played by Diego Luna) and the DEA agent who investigated him, Kiki Camerena (Michael Peña).

Chris Pine plays Robert the Bruce, a rebel ex-nobleman in medieval Scotland who’s angered by the oppressive rule of King Edward I. He snatches up the Scottish crown and musters an army to fight against English forces, and overthrow the King and his son the Prince of Wales. This film is directed by David Mackenzie, who’s worked with Pine before on Hell or High Water. Read our review here

Denis Villeneuve (Sicario, Blade Runner 2049) has become one of the world’s leading auteurs, taking high concepts and seeing them through a different lens. In Arrival, his first sci-fi movie, the world is visited by an alien ship and the government hire a linguist (Amy Adams) to establish a dialogue with them. It’s an excellent, mind-bending sci-fi with riveting character focus.

The Lord of the Rings: The Fellowship of the Ring
UK Netflix release date: 1st November

Peter Jackson changed fantasy cinema forever with The Lord of the Rings, and Netflix is sending us back to the hobbits, elves, wizards, and dwarves of Middle-earth. In the epic first chapter The Fellowship of the Ring, the hobbit Frodo (Elijah Wood) is set on a perilous quest to destroy the One Ring – forged by the Dark Lord Sauron – which has the potential to ruin their world.

November’s a great month for science-fiction! In Passengers, the Avalon spaceship carries humans in hibernation pods for the purpose of travelling to a new planet. Hibernation is meant to last for 120 years, but a confused Jennifer Lawrence and a befuddled Chris Pratt wake up too early and can’t return to their frozen sleep – having the whole ship to themselves.