Five legitimate questions you have about Rogue One: A Star Wars Story

From Felicity Jones and Mads Mikkelsen to the Death Star and Darth Vader – Rogue One, and what you need to know about the big Christmas film 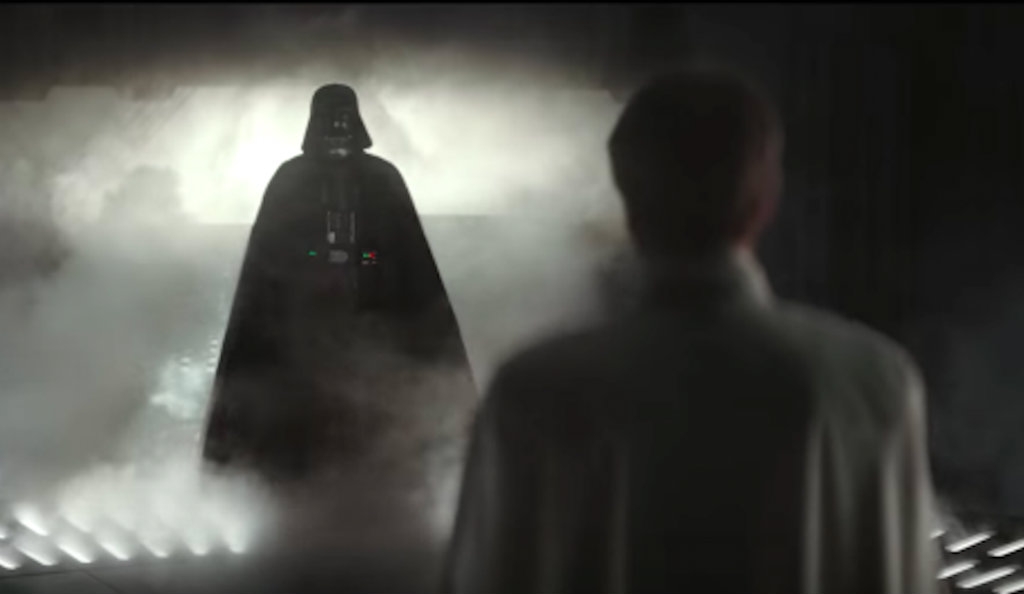 Five legitimate questions you have about Rogue One: A Star Wars Story
You might as well accept it: Star Wars isn't going anywhere. The franchise is going to be a regular Christmas fixture for the rest of your life, ranking somewhere in importance below Father Christmas and above the actual Nativity. Ignoring it doesn't make you non-nerdy – it makes you Scrooge.

This Friday sees the release of Rogue One: A Star Wars Story, which is your opportunity to embrace the new faith. Below is the only primer you'll need before watching it. Three minutes, and your life is unarguably richer. Guaranteed. 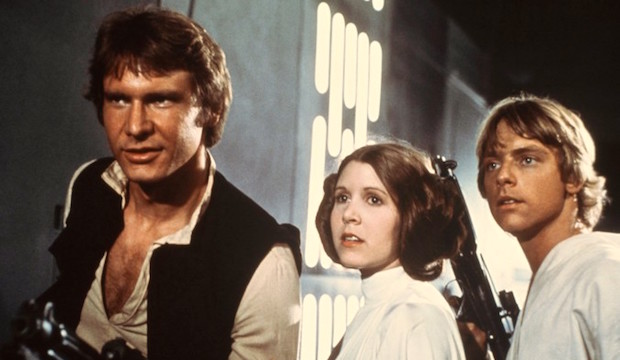 Ok, that's a lot of questions, and some of them are clearly rhetorical. But we understand your consternation, and we're here to help.

This is all the context you need:

Including the one coming out on Friday, there are eight Star Wars films.

The first trilogy came out between 1977 and 1983. Set in a distant galaxy with no connection to our own, it told the story of a young farmer-turned-warrior (Mark Hamill), a princess (Carrie Fisher), and a charismatic smuggler (Harrison Ford) who led a rebellion against Darth Vader's evil empire.

A second trilogy came out between 1999 and 2005, set before the events of the first trilogy, explaining the genesis of the empire and the early life of Darth Vader. These three films are completely terrible by any standards, but fortunately not necessary to the saga's plot. As a rule, if your Star Wars film contains Ewan McGregor then stop watching immediately.

That accounts for the first six films. The seventh, The Force Awakens, came out last christmas. It continued the story of 1977-83 films, and is the first part of yet another trilogy.

2. So Rogue One is a sequel to the last film that came out, right? 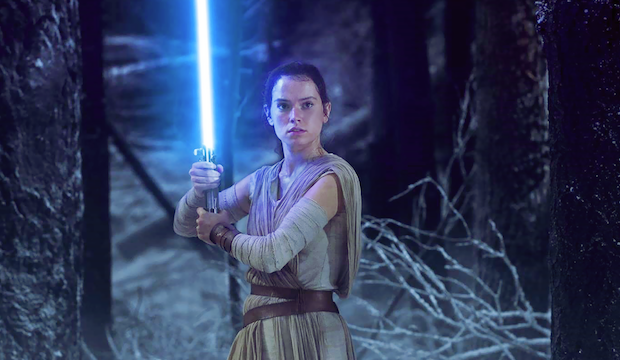 No. The film that follows on directly from the The Force Awakens will come out next Christmas. That will be the eighth episode. Rogue One is slightly different.

All Star Wars films have, up to now, been telling one long story of good versus evil. Rogue One expands this story without continuing it. It retroactively fills in a couple of narrative blanks, mostly involving characters that haven't appeared in any previous films.

It's like someone made a story about the formation of the Iceberg that sunk the Titanic (except less terrible than that sounds); you know how it's going to end, and it's not going to really affect your watching of Titanic 2: Jack's Return (#alliwantforchristmas).

Basically, you can miss Rogue One and still understand next year's Star Wars film. Rogue One is frosting, surplus, fan-fiction. Plot-wise, it's inconsequential, a one-off.

But it'll be a lot of fun, and, in a weird way, a good place to start your Star Wars induction.

3. Is there a lot of obscure plot mumbo jumbo I need to know? 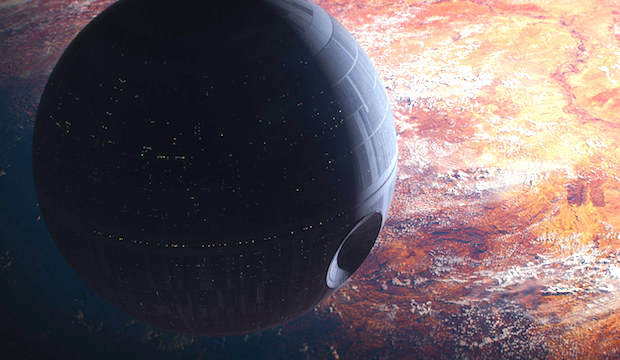 Look: Star Wars is being made by Disney now. It's going to be about as accessible as you could hope for. You could probably intuit what's going on in Rogue One without ever having seen an actual film before, let alone a Star Wars movie.

But here's the short version:

The aforementioned Darth Vader and his evil empire – the baddies, in case that hadn't sunk in – had a weapon called the Death Star (see photo above) that could destroy planets. The rebels (including the farmer, the princess, and the smuggler) needed to destroy this weapon, which they did by obtaining secret blueprints revealing the Death Star's weak-point.

Rogue One recounts the efforts of a few characters (not the farmer, princess, or smuggler, who were otherwise occupied) to obtain those blueprints. And that's all you need to know. Promise. 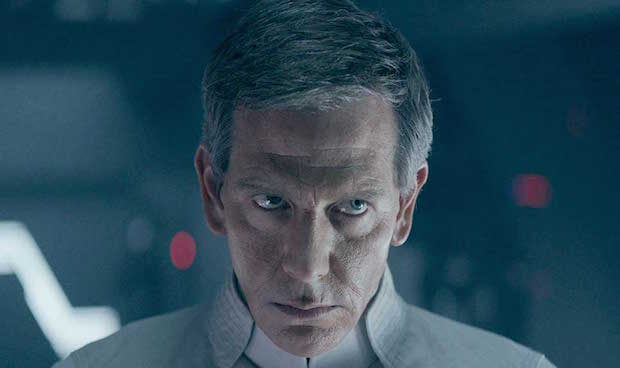 Ben Mendelsohn in Rogue One: A Star Wars Story

Some proper thespians are starring in this film. In fact, Rogue One is the thespiest Star Wars yet, starring Felicity Jones, Mads Mikkelsen, Forest Whitaker, and the perennially terrifying Ben Mendelsohn (above, glowering).

This spike in actorly talent seems like part of Star Wars' bid for dramatic credibility, with the tone of Rogue One being noticeably more adult than the franchise's previous films. It's rated a 12A by the BBFC, and is the first Star Wars that could be considered an actual 'war' film (previous entries have been closer to romantic adventure films). If you have children, take the more robust ones.

5. Will I actually enjoy it? 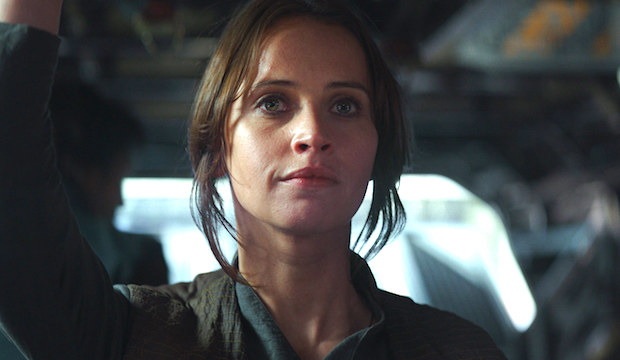 Felicity Jones in Rogue One: A Star Wars Story

Star Wars is not really science fiction. You don't have to give a hoot about the future, or technology, or robots. You just have to like stories.

George Lucas, director of the original films, has said Star Wars is 'a fantasy much closer to the Brothers Grimm than it is to 2001 [A Space Odyssey]'; the films were his attempt to put 'the romance, the adventure, and the fun' back into cinema. And that's what Star Wars does. You don't have to be a dragon-enthusiast to enjoy Game of Thrones or a fast-car expert to watch a James Bond film. All you have to do is leave your cynicism in the foyer.