Initially released on the BBC and nabbed by Netflix, Wanderlust is a sad, funny meditation on human relationships. We spoke to the writer Nick Payne about the show 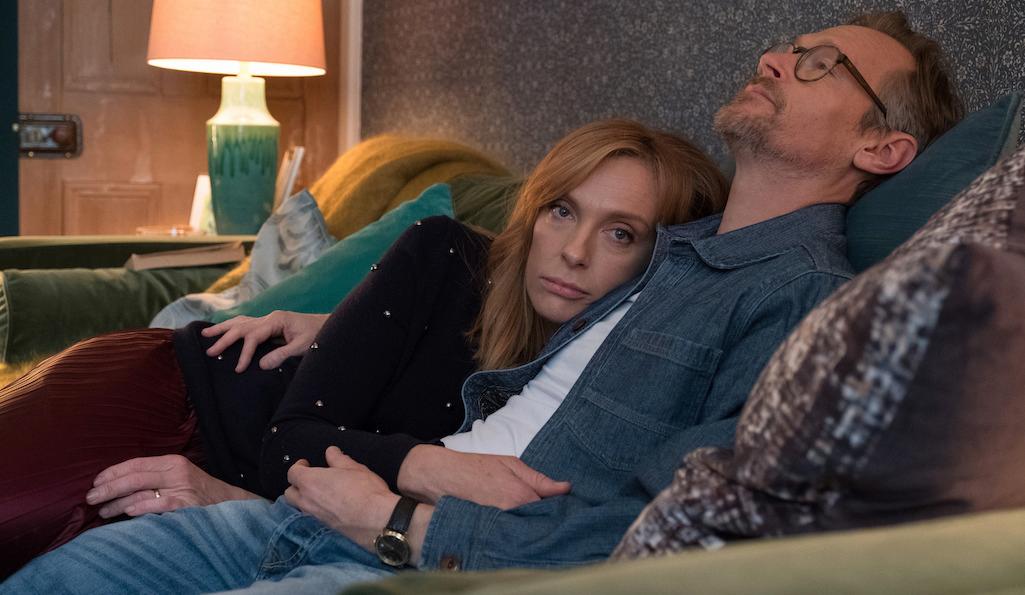 Toni Collette and Steven Mackintosh in Wanderlust
Nick Payne has been writing plays since 2009, and made his screenwriting debut with an adaptation of Julian Barnes’s Booker-prize winning novel The Sense of an Ending in 2016. And now he's delved into television with the wittily written Wanderlust, a comedy-drama about a couple with multiple partners. Culture Whisper had the pleasure of chatting to Payne about the series.

Wanderlust is a romantic comedy about polyamory

They’re not, strictly speaking, doing polyamory. People who do polyamory properly would probably, quite rightly, get a bit offended.


What would you call it?

I don’t really know. We talked about this a lot. The characters don’t quite know what they’re doing – they never call it an ‘open marriage’ or ‘polyamory’, they’re sort of shambling through it. But yeah, I was inspired by polyamorous folk. Some were sceptical because you email them or you write on a message-board, ‘oh, hi, I’d love to talk about your experience’, and they think ‘go fuck yourself’. They’re obviously wary of being misrepresented. I would say the show is a non-judgemental thing, it’s not gonna mock it, it’s genuinely trying to explore two people – well, four people, five people! – who are really gonna give it a go. 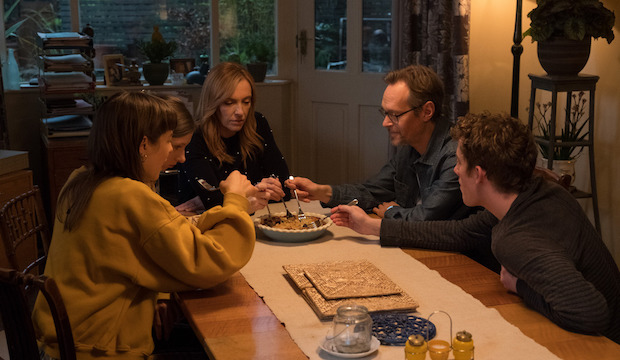 It’s not just about a couple with multiple partners, it’s also exploring different relationships. Do any of them came out of personal experience or were they all invented?

(laughs) No is the short answer. It’s all made up, I’m afraid. The only thing that’s autobiographical is in episode 2, when Laura [Celeste Dring] pukes all over the kitchen. I’m sad to say I did that when I was really heartbroken at 18. I was just so sad. My parents had never seen me like that, and they did leave me on the toilet all night. Otherwise no, it’s a work of fiction. I tend not to write autobiographically, I’m much more interested in the research bit and meeting people and hearing about their lives.

I met loads of psychotherapists, I read all the standard texts. I was just struck that that might be a way to deal with the intellectual bit of relationships, so the show could offer a comment on the relationships you’re seeing. I was struck by a couple of things I read or therapists I spoke to – they’d say the hardest clients to wrestle with are the ones who are dealing with the thing you’re dealing with. I assumed that if you’re a therapist that you’re life’s sorted because you can figure it all out. They were like ‘no, obviously that’s not true’. Some of them have had terrible divorces.

I find Joy [Toni Collette] quite fascinating. What can we expect from her in the next episode?

Episode 5 is totally different to all the other episodes. I guess people will decide whether that’s good or bad. It’s a two-hander between Sophie Okonedo [Joy’s therapist] and Toni Collette. It’s more-or-less them for 55 minutes. It is a dive into her psyche. 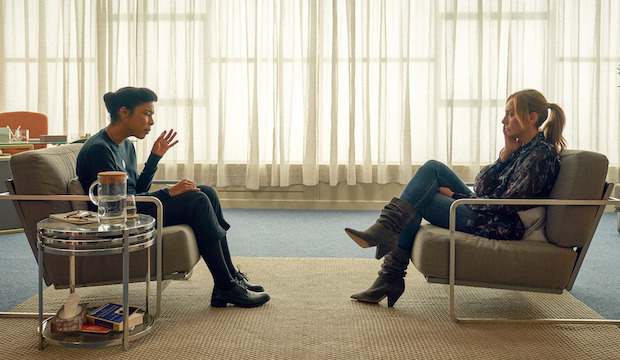 One thing I really enjoy about the show is the dialogue. It’s so natural. There are pauses and overlaps that feel like real conversations. Was that difficult to maintain?

It’s the first thing I’ve written for TV, and I wasn’t self-conscious. Hearing the reviews, I probably will be next time. Lots of people are quite angry about the dialogue. Like actually, genuinely angry. I find that so interesting. It’s an attempt at hyper-naturalism, the inarticulacy is part of what the show is wrestling with. It’s about the inability to communicate. It’s about language and a culture of repression, about shame and embarrassment that means we struggle to talk about things or find the right words. It’s not an affectation, it’s part of what the show’s about.

In terms of the shooting, the cast are amazing. They learnt it to the comma. Every overlap, every ellipsis, every dash, it’s all in there. They were incredibly faithful to the whole thing.

Are there plans for a season 2?

Sadly, it’s out of my hands. It ultimately depends on whether the BBC and Netflix will want it. The ending of the series, while I won’t say anything about it, ends on a question rather than an answer. It’s the biggest question of the whole thing. I hope it provides a closure to the question of the series, but it feels like the start of something else. I loved the cast and they’re all so good, so I could happily write for them again and again. I would love to do it if people were up for it. Feel free to spread the word!

Wanderlust continues on BBC One at 9pm on Tuesdays. The series comes to Netflix on 19th October.