Stranger Things 3 is back – here's everything we know so far

Thankfully new trailers and photos were unleashed, revealing more glimpses of the multi-dimensional story to come. It is the summer of 1985. Growth spurts and broken voices indicate that our favourite group of kids are now a long-limbed gaggle of teenagers.

Eleven’s hair has grown and she’s still braving nose-bleeds to use her telekinetic powers but she’s also enjoying some girl-time with Max (Sadie Sink). Nancy (Natalia Dyer) and Jonathan (Charlie Heaton) seem to furthering a budding career in journalism at the office of the Hawkins newspaper. 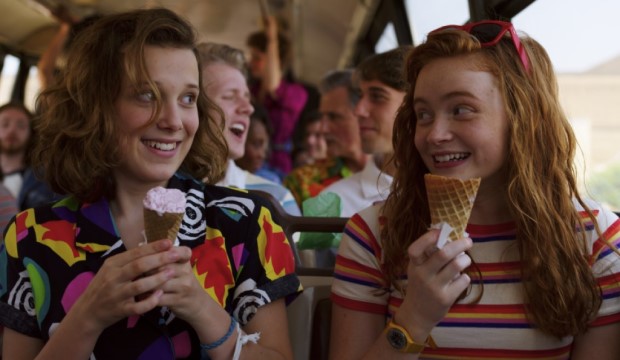 As predicted, Starcourt Mall will play a significant part in the story. A group of disgruntled locals protest its opening but the gang seem taken with its shiny shop fronts. Little do they know that there’s something dark lurking underneath the crumbling bookstores and snogging teenagers.

The Upside Down, an alternate dimension inhabited by demogorgons, demodogs and a string of other slug-like creatures, continues to threaten life in Hawkins. A new gooey monster also rears its head that the group will probably have to fend off.

Last season ended with Eleven (Millie Bobby Brown) and Mike (Finn Wolfhard) getting close at the school dance. There’s still little indication as to whether their relationship will develop in this new season, but with summer in full swing, it’s definitely the right time of the year for young love to flourish.

But Will (Noah Schnapp) is still haunted by his nightmarish sojourn in the Upside Down in season one, and it's not yet finished with him...