From Demogorgon battles in Stranger Things season 3 to the final visiting hours of Orange is the New Black, Netflix in July is filled with familiar pleasures 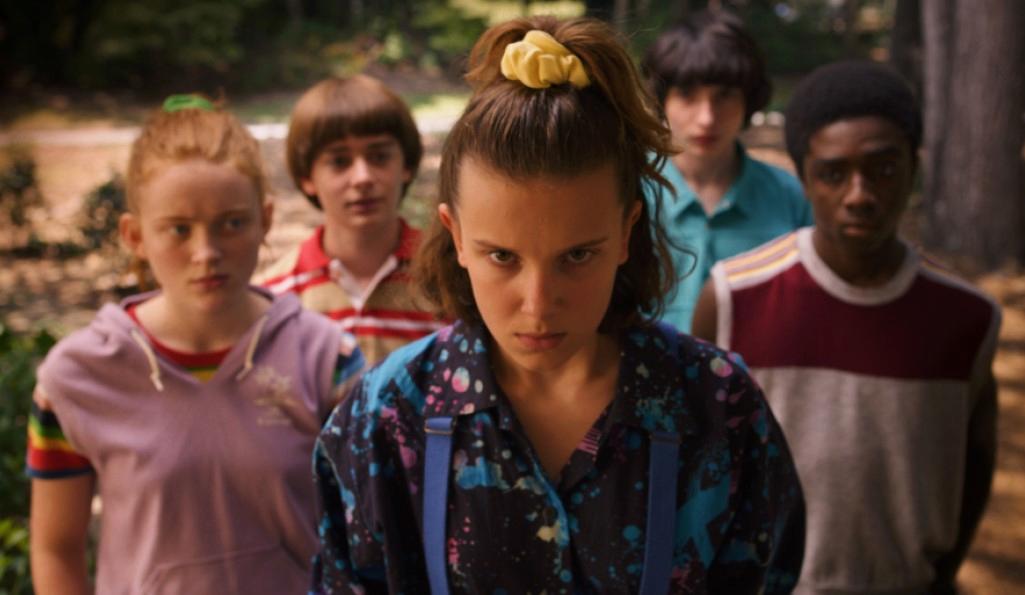 After Game of Thrones, Stranger Things is the most anticipated show of 2019 (certainly on Netflix). Returning to the imbalanced town of Hawkins, Indiana, the dark parallel dimension known as ‘The Upside-Down’ is returning to reek havoc again.

Battling the almighty Mind Flayer, horrific Demogorgons and romantic anxieties, a gaggle of geeky kids and heroic grown-ups have to save the day – but not without some blood, fear and an excellent soundtrack.

Not much is known about the third instalment, but it’ll be set during the summer (much like Stephen King’s IT), a new shopping mall will be heavily involved, and a bigger Demogorgon-type creature emerges. Be ready to re-enter an '80s inspired world of adolescent horror. 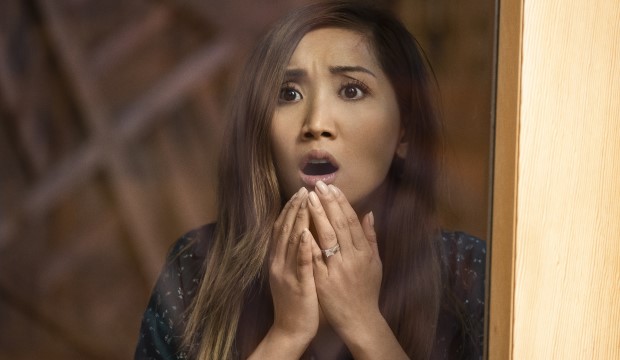 We’ve all had memory blackouts, with someone’s name or face leaving the brain as soon as it enters. But what about an entire life?

In Secret Obsession, Jennifer (Disney star Brenda Song) is attacked at a rest stop and wakes up without any memory of her past. Her husband (Mike Vogel) finds her, thankful she’s alive, and a detective (Dennis Haysbert) is on the case. But, in a horrifying twist, her loving caretaker is actually her rest stop assailant.

Piper has finally been released from Litchfield! But how will she adjust to normal life, away from prison cells and brutal personalities?

This is the final season of Orange is the New Black. Being one of the first Netflix Originals to drop as a bingeable whole in 2013, it’s continued to be massive success – a loud, explicit and hilarious voice for those enduring the prison system in America.

Last season ended on a devastating commentary on American racism, as Blanca is thrown into an immigration facility and Taystee goes down for a murder she didn’t commit. Maybe Piper’s freedom will allow her to resolve these injustices?

Read our review of season six 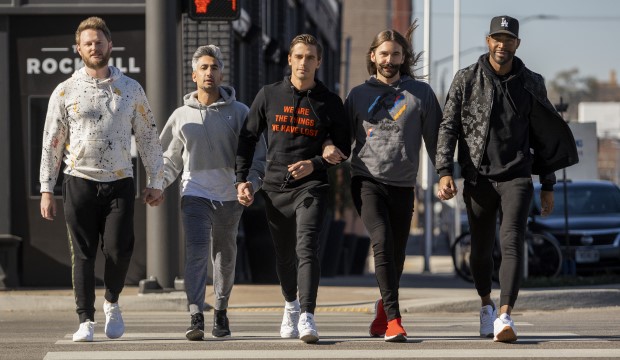 The Fab Five are so speedy with Queer Eye that it’s hard to keep track. Since its rebooted release in 2018, they’ve delivered three seasons and a special – adjusting people’s looks, cleaning up their living spaces, and boosting their confidence.

With a fourth season coming in July and a fifth season already in production, Queer Eye isn’t leaving anytime soon.

We’ve been missing Derry Girls since season two ended in April, but Netflix are bringing the entirety of season one to their digital shelves.

It’s perhaps difficult to conceive a comedy set during the Troubles in Northern Ireland, considering the violence of that time, but writer/creator Lisa McKee achieves that difficult feat.

Following the teenage lives of four girls and one boy in '90s Derry, their adolescent angst runs among guarded buses, strict nuns, and religious sectarianism. Derry Girls is a silly, hilarious comedy, sprinkled with some gently poignant moments.

A darker route for Bridesmaids director Paul Feig, A Simple Favor stars Anna Kendrick and Blake Lively in a weird, noir-y mystery that pulses with glamour.

Emily (Lively) is a secretive, upper-class mother who lives in a stylish house and wears chic suits, and the more humble Stephanie (Kendrick) tries to befriend her. When Emily suddenly goes missing, Stephanie decides to investigate.

Before A Simple Favor, Paul Feig directed the wedding comedy Bridesmaids, featuring an array of comedy talent including Kristen Wiig (who co-wrote the script) Melissa McCarthy, and Chris O’Dowd.

Nothing’s going right for Annie (Wiig), who’s struggling to make ends meet and doesn’t have a boyfriend – unless you count her, um, physical relationship with the condescending Ted (Jon Hamm). Her best friend Lillian (Maya Rudolph) announces her engagement and appoints Annie to be her Maid of Honour.

Annie’s excited, sure, but also depressed – she has to grin and bare the onslaught of happy, wealthy couples.

Meryl Streep? Yes. Alec Baldwin? Yes. The bloke who played Jim in The Office? You better believe it. All come together in It’s Complicated, an escapist romcom from writer-director Nancy Myers (The Holiday, Something’s Gotta Give).

The middle-aged divorcee Jane (Streep) meets with her cheating ex-husband Jake (Baldwin) after ten years, and inexplicably reignite their relationship. But, they’re both in relationships already. And so spirals a ridiculous affair, which more than earns the film’s title.

In Girls Trip, a university reunion coils into wild, drunk, and sexy proportions. Ryan (Regina Hall) is doing extremely well for herself as a lifestyle guru. Now, she’s been asked to be a keynote speaker at the Essence Festival in New Orleans. She invites her four mates from college, and they decide to hit the night life.

Based on one of the most important manhunts in history, Zero Dark Thirty tracks the 11-year search for Osama bin Laden. Through the eyes of fictional CIA operative Maya (Jessica Chastain), the film spends hours wading through office papers and seeing dangerous investigations on the ground, leading up to a stealthy, night-vision finale in Pakistan.

Kathryn Bigelow, who previously won the Oscar for The Hurt Locker, is fully in her element here – providing cutting thrills for an intelligent audience.

Two hitmen are sent to Bruges ('it’s in Belgium') after a job gone wrong, hiding and awaiting further instruction. But the fidgety and traumatised Ray (Colin Farrell) is growing impatient with Bruges, while his partner Ken (Brendan Gleeson) is lapping up the culture.

With pitch-black comedy and brutal themes, In Bruges is a punchy, dark, and excellent debut. 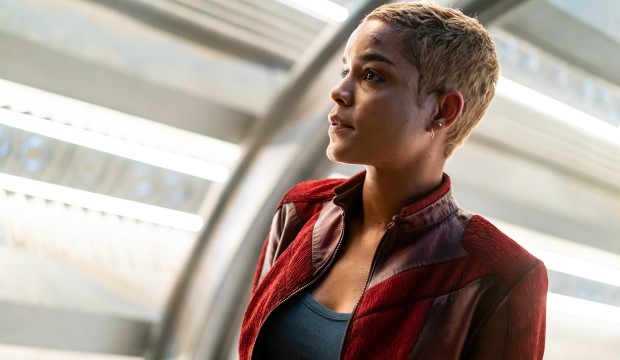 Another Life, another sci-fi series. Netflix is filled with spaceships flying to places unknown: like most of the Star Treks, the entire series of Doctor Who (post-2006), The OA, Altered Carbon and Nightflyers. Now, Another Life joins that list.

Similar to Prometheus, this ten-part series follows a spaceship crew searching for the genesis of an extra-terrestrial artifact. But they face some violent opposition on the way.

Imagine if life wasn’t a result of free choice? What if every act was meticulously planned to aim for a certain objective? And what if people were controlling these acts, forming pathways for the world to follow? Such are the bizarre, philosophical questions in The Adjustment Bureau, based on a short story by Philip K. Dick.

Matt Damon stars as a Congressman who falls in love with a dancer (Emily Blunt). But it's romance that wasn’t planned, that wasn’t meant to happen. He’s captured by mysterious men wearing suits and fedoras, who manipulate people’s fates to fit certain routes. They tell him that the relationship must end. He refuses, battling against forces much stronger than his own.

Playing Truth or Dare is never a good idea, especially at a university party. Ring of Fire is much better.

But in the romantic teen drama After, a childish truthing and daring leads the virginal Tessa (Josephine Langford) to discover her sexual awakening with the elusive and attractive Hardin (Hero Fiennes Tiffin, seen recently in ITV’s Cleaning Up). But her new relationship is threatening her studies, and Hardin is harbouring a dark secret.

Another much-loved series is ending in July: the courtroom comedy-drama Suits.

Season 8 ended on Harvey’s loving realisation about Donna (like that was a surprise to anyone). ‘Darvey’ will likely be drawn out over season 9, but it'll probably affect their work life.

Suits made a telly star out of Meghan Markle, who subsequently left the show in season 7 and became a princess. As you do.