In episode 4, Renata (Laura Dern) feels the sting of bankruptcy and Mary-Louise (Meryl Streep) grows into more of a villain

Renata (Laura Dern), most of all, finds drama like a heat-seeking missile – burning everyone around her, precisely and destructively. But in episode four, her aggressive mask is lifted as she’s told to keep quiet. Her money is swirling away, and she faces a bankruptcy hearing – where she can’t release her explosive defence mechanisms.

As the episode continues, a more vulnerable layer to Renata emerges, far away from her stressed proclamation in episode two that she ‘will not not be rich!’.

She delivers a quiet, moving monologue to her husband during her daughter’s opulent birthday party, the usual venom gone from her words. Then, once she finishes, she winds up that fake and friendly smile, and greets her guests. Such is her life. This season explores every character, but Renata is writer David E Kelley’s finest improvement to the series.

The relationship between Ed (Adam Scott) and Madeline (Reese Witherspoon) is still frosty, and it's stretched too much. A slow heat is re-activating between them, but Ed is annoyingly blank in this episode (even for him) - devoid of most emotional reactions. Thankfully, his temperature rises in another scuffle with Madeline’s ex-husband.

The torture between them is slow and, at times, monotonous, but the fallout from the affair proves an intriguing reversal – the woman wronging the man, instead of vice versa. At the start of the episode, Renata talks about women standing by their men: ‘They betray us, and we stay’. Maybe that's the case with certain men who've been betrayed? 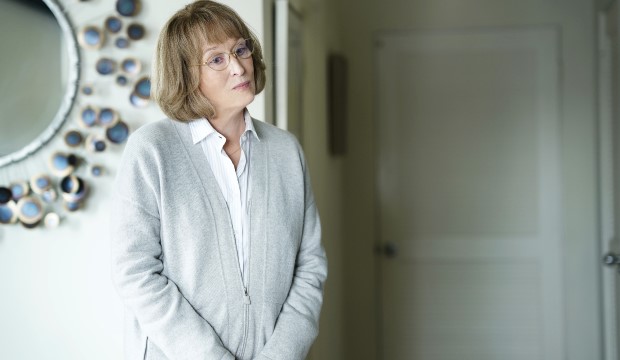 Before the start of each episode, it’s hard to comprehend how Mary-Louise (Meryl Streep) could get any more villainous. And yet, she does. She’s now fully intent on taking her grandchildren away from Celeste (Nicole Kidman). Celeste finally loses it with her, in a shockingly satisfying way that won’t be revealed here. Let’s just say: it’s not productive.

Mary-Louise is growing into a nemesis worthy of Heath Ledger’s Joker – there’s no negotiation, violent or otherwise, that can shift her plan or her smile. She’s a dangerous enemy. And although she has a few blink-and-you-miss-it moments of moral hesitation, there’s a relentless evil spinning inside her. Bonnie (Zoë Kravitz) knows this as soon as Mary-Louise enters the room, like the latter's aura is tainted.

There are hints that the Monterey Five are turning on each other, Mary-Louise being a key catalyst to their misery. Bonnie is feeling particularly paranoid, especially as Detective Quinlan (Merrin Dungey) comes back on the scene. Hopefully, season two won’t finish as a near reflection of the first season's finale – a trap that Killing Eve fell into. But whatever the endgame, it’s going to be a hard and devious journey.

Big Little Lies season 2 continues Mondays at 2am and 9pm