In episode 2, Major Major (Lewis Pullman) is made a Major, Yo-Yo (Christopher Abbot) tries to get out of flying again, and Colonel Cathcart (Kyle Chandler) raises the mission cap

1 CW reader is interested
Catch-22, episode 2 review 3 Catch-22, episode 2 review Euan Franklin
In the era of binge-watching, TV shows with formulaic episodes are being phased out. Is it even possible, now, to binge through a sitcom where every episode has the same instructions? Catch-22 hasn’t reached that point yet - but, judging by episode two, it's in danger of reaching a similar predictability.

The series delights in its gloriously silly sense of humour. Writers Luke Davies and David Michôd are clearly enjoying themselves with their dialogue, and the actors clearly love performing it. Whenever a comedy is perfectly played, it's a pleasure to watch - like a comfortable, collaborative feeling is released from the screen.

This is immediately clear from the first scene of episode two. The crazy Colonel Cathcart (Kyle Chandler) reluctantly promotes Sergeant Major Major (Lewis Pullman), resulting in one of the funniest lines so far: ‘Major Major – congratulations, you’re a Major!’ 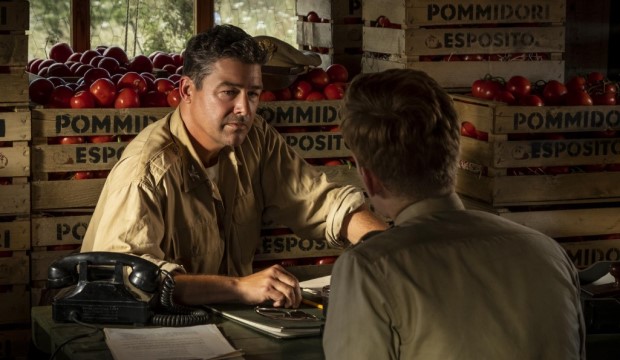 The comedy continues to ripple through the episode, expanding more on Cathcart (only glimpsed in the first episode). Kyle Chandler plays him with a comic severity, with less precision and fewer brain cells than George Clooney’s Scheisskopf. Cathcart is violently competitive, piling on missions ad infinitum to increase his military success – much to horrified dread of Yo-Yo (Christopher Abbott), who’s on the brink of a breakdown.

Like episode one, the drama often feels shoehorned in. It’s like Davies and Michôd are reluctant to tackle the more emotional elements in the story - the trauma and the horror not as elegantly composed as the comedy. The dramatic scenes are something to get out of the way, a part of the formula.

The pitch-black, absurdist humour is enough to comprehend the nightmare of the situation. Robert Altman’s M*A*S*H and Stanley Kubrick’s Dr Strangelove are full-on comedies, but they're no less satirical or evocative without the drama. 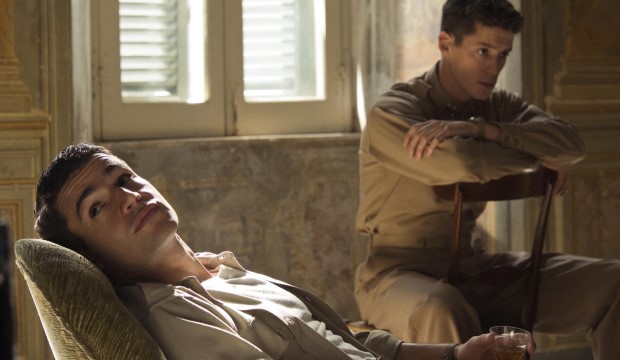 The better parts of this episode are the philosophical and political dialogues, spoken inside a Roman brothel. With the patriotic Clevinger (Pico Alexander) and the indifferent Yo-Yo, the brothel-owner Marcello (Giancarlo Giannini) talks about the United States. ‘All great empires are destroyed, why not yours?’ the latter says. It’s perhaps the most relevant speech in the series so far.

The first two episodes of Catch-22 follow the same formula: Yo-Yo finds a way out of flying, he fails, and inevitably returns to battle. Will this keep happening in every episode? Hopefully, Davies and Michôd will shake the narrative next week. If they don’t, they’ll fly into samey sitcom territory.

Elizabeth is Missing, BBC One: trailer, release date, photos, cast, plot,
Sign up to CW’s newsletter
By entering my email I agree to the CultureWhisper Privacy Policy (we won`t share data & you can unsubscribe anytime).
1