The rollout of vaccines appeared to predict a more hospitable Christmas this year, but the surge of the Omicron variant looks ready to scupper those plans. And with all the confusion about what measures should be taken, the anxiety isn’t leaving any time soon.

However, one of the constants during this pandemic and its many lockdowns is the united enjoyment of the small screen. Instead of an Idiot Box, this Christmas it'll prove – once again – to be a Comfort Box to millions across the country. And as always, there’s a cracking selection to consume during this festive period.

From Olivia Colman and David Thewlis escaping reality in Landscapers to an amnesiac Jamie Dornan in mystery thriller The Tourist, here’s the best of Christmas TV 2021 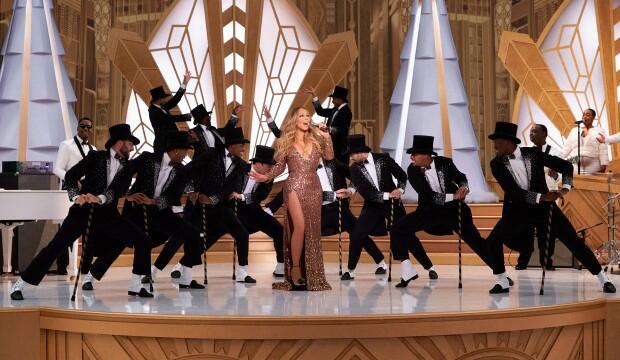 Let’s face it: Mariah Carey is integral to most of our Christmases. To have a festive party without All I Want for Christmas is You is something close to sacrilege. Now, the singer is back for another bright and bombastic seasonal special for Apple TV+ – a sequel of sorts to last year’s Magical Christmas Special.

Khalid and Kirk Franklin are joining her this year, along with Zane Lowe and her twins, daughter Monroe and son Moroccan. Carey shares her favourite festive moments and, of course, sings some banging tunes – including her brand-new single Fall in Love at Christmas.

WHEN
Friday 3 December
WHERE
AppleTV+ 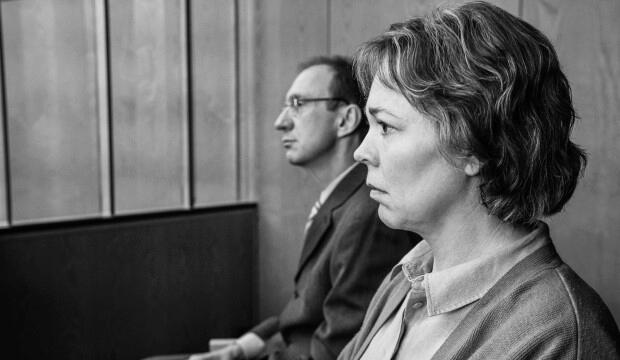 Olivia Colman and David Thewlis like to drift between TV and cinema, but it’s in television where you see the full scope of their talents. Think of Colman’s royal sternness in The Crown or Thewlis’s creepy menace in Fargo season 3. Casting them together in the stylistic crime drama Landscapers, written by Colman’s husband Ed Sinclair and directed by all-round talent Will Sharpe, is like a dream.

More appropriate, then, that they’re playing intense fantasists. Married couple Susan (Colman) and Christopher (Thewlis) have been evading reality for 15 years, hoping to escape punishment for the crime they’ve committed. But the law has finally caught up to them, and they retreat further into their own delusions – broadly inspired by old Westerns. 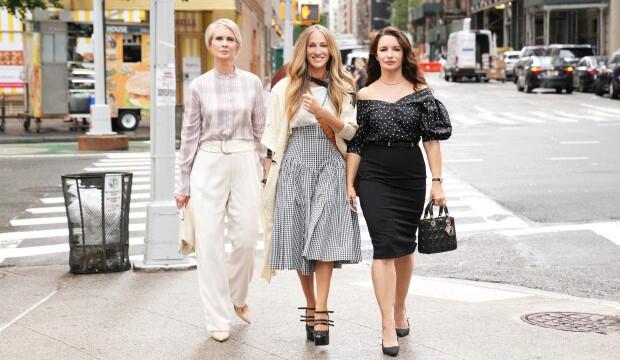 Although the original Sex and the City is being critically reassessed nowadays, given its lack of diversity and dodgy narratives around mental health, the series is still a vital staple in TV culture. It was one of the first to show female sexuality with a frankness rare for the time.

After two critically panned feature films, the gang (or most of them) are back in And Just Like That… Only now, they’re navigating city life in their 50s. 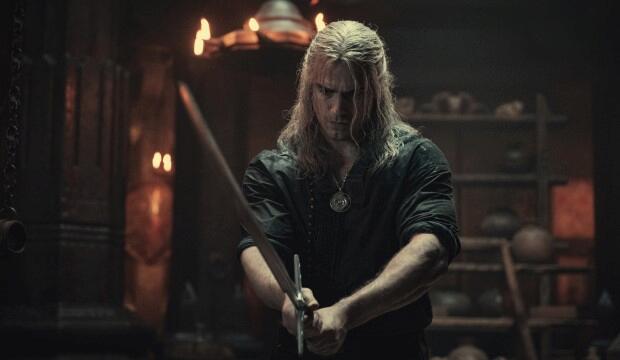 As fantasy series go, The Witcher isn’t exactly Game of Thrones. But there’s a lot of high-budget, supernatural fun to relish. Henry Cavill, Superman himself, stars as Geralt of Riviera: a monster-hunter in a realm known as ‘The Continent’. He’s a grunty, silent type who doesn’t get involved in politics or worldly matters, unless it pays.

However, the arrival of Ciri (Freya Allen) – the crown princess of Cintra – ties Geralt to a reluctant destiny. She possesses hidden powers, and he must keep her safe. In season two, he takes her to his childhood home in Kaer Morhen for protection.

WHEN
Friday 17 December
WHERE
Netflix 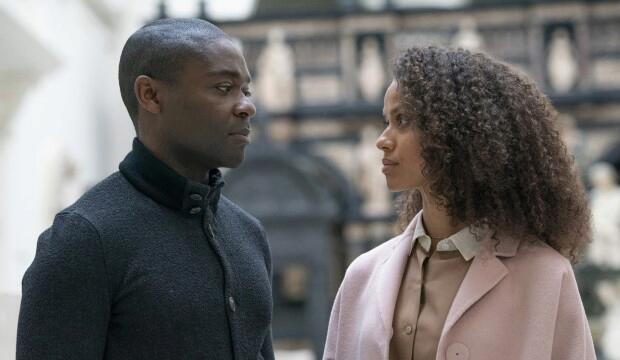 The Girl Before, BBC One

What if your home had a shady past – would it stop you from living there? Such an ominous quandary hits Jane (Gugu Mbatha-Raw) in The Girl Before, a four-part BBC adaptation of the globally popular novel by J.P. Delaney.

Jane has the opportunity to live in a beautiful, ultra-minimalist house designed by a mysterious architect, played by David Oyelowo (Les Miserables). But in order to stay there, she must follow his exact rules. The house begins to change in unexpected ways and Jane makes a shocking discovery about the previous occupant (Jessica Plummer). 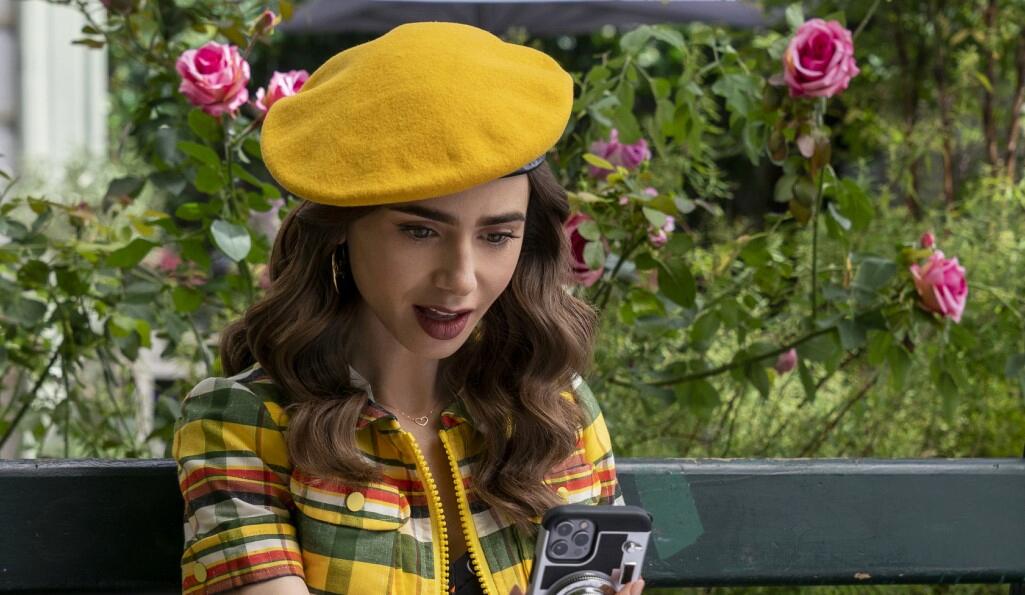 Darren Star’s ridiculous, lavish, and sugar-coated comedy makes a colourful return. There are several reasons to dislike Emily in Paris: it’s too silly for its own good, the plotlines are incredibly basic, and the titular character is annoying, spoiled, and has an unrealistically garish selection of outfits. But this series provides a much-needed dose of elegant escapism; it’s a mindless guilty pleasure in the best possible way.

In season two, Emily can better navigate the wonders of Paris, but she’s less adept at her relationships. She's still in a secret love triangle between her former next-door-neighbour Gabriel (Lucas Bravo) and her mega-rich best friend Camille (Camille Razat). But Emily’s really trying to focus on her work, which only gets more bizarre by the day. 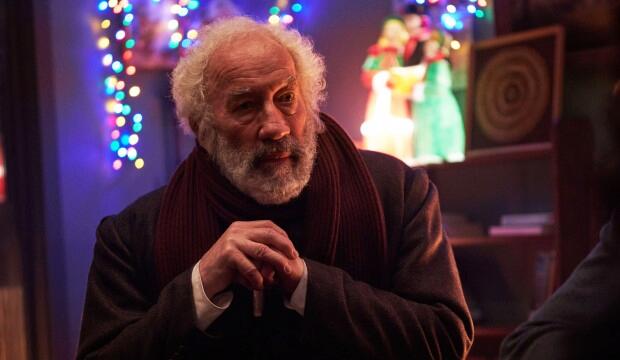 Never work as a caretaker for a haunted house – it may be your last. But then again, horror would be deprived of some of the greatest ghost stories. The Amazing Mr. Blunden is a lesser-known work, initially adapted from the Antonia Barber novel The Ghosts into the 1972 film with Laurence Naismith. An expert in anything spectral, Mark Gatiss writes, directs, and stars in this new adaptation for Sky.

The story follows the teenagers Jamie (Jason Rennie) and Lucy (Tsion Habte), forced into a decrepit country house after their mother is offered a caretaker position by the mysterious Mr. Blunden (Simon Callow). Suddenly, Jamie and Lucy encounter Sara (India Fowler) and George (Xavier Wilkins), a pair of kids believed to be ghosts. But they’re actually time-travellers, trying to escape murder by the evil Mr and Mrs Wickens (Gatiss and Tamsin Greig). 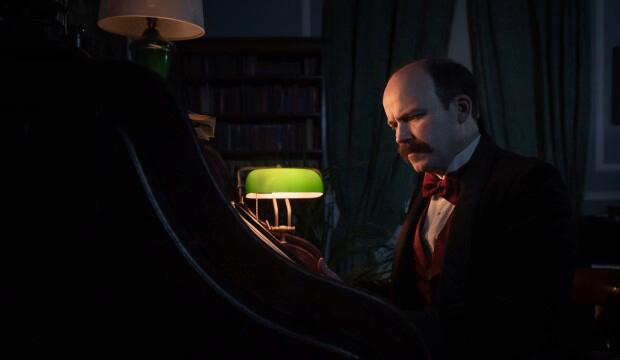 A Ghost Story for Christmas: The Mezzotint, BBC Two

The Amazing Mr Blunden isn’t the only offering from Mark Gatiss this Christmas Eve. He’s also gifting the BBC with another haunting ghost story for Christmas, resuming an old tradition. Like with 2019's Martin’s Close, Gatiss adapts another short story by M.R. James – one of the fathers of the British ghost story.

The Mezzotint, based on James’s 1904 story, follows an art curator (Rory Kinnear) who receives an engraving of an unknown house. But every time he looks at it, he sees something different in the picture. Also stars Nikesh Patel (Starstruck) 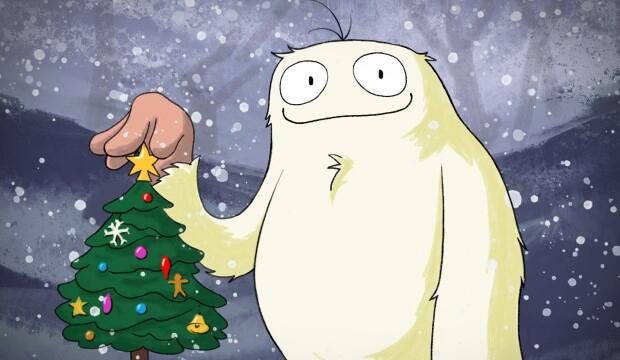 Continuing Channel 4’s long tradition of Christmas animations (The Snowman, The Tiger Who Came to Tea), The Abominable Snowbaby is another charming, hand-drawn tale.

Originally engendered by the brilliantly bizarre mind of the late Terry Pratchett, this 30-minute film tells the story of a typically English town that’s smothered by heavy snowfall. And with the blizzard comes a 14-foot tall Abominable Snowbaby, who is initially ostracised and feared by the local townspeople. But the creature is rescued by a grandmother with her grandson. They treat the Snowbaby with affection, eventually changing the prejudices of the town. Julie Waters and David Harewood star. 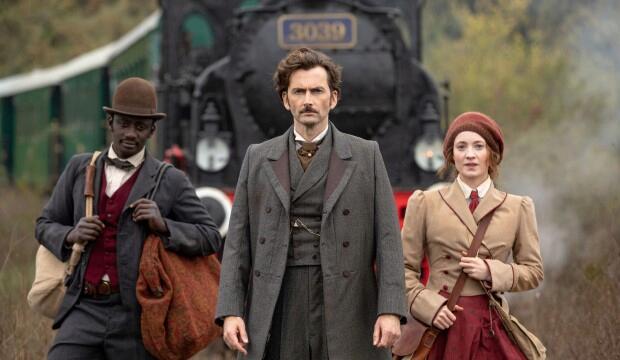 Around the World in 80 Days, BBC One

The closest connection most people have to Phileas Fogg and his fantastic expedition around the world is that big, bold hot air balloon. But in actual fact: such a method of transport wasn't used in the original book by Jules Verne, it was a fabrication for the 1956 film adaptation with David Niven. In any case, it’s too iconic an image to ignore. Perhaps that's why Caleb Ranson re-uses it for his new TV adaptation, which stars David Tennant as the pompous adventurer.

In his London Reform Club, Phileas (Tennant) reads in The Daily Telegraph that new developments in transport technology make it possible to travel around the world in 80 days. With two companions, the French valet Passepartout (Ibrahim Koma) and Telegraph journalist Abigail Fix (Leonie Benesch), he decides to take the challenge – betting £20,000 on his success. 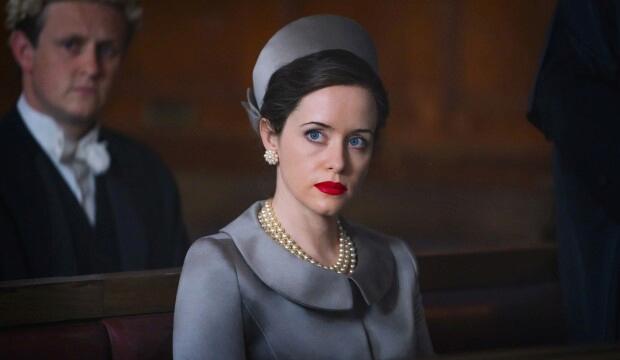 A Very British Scandal, BBC One

From the makers of A Very English Scandal, which followed the gay affair between MP Jeremy Thorpe (Hugh Grant) and Norman Scott (Ben Whishaw), A Very British Scandal follows another explosive story that splattered the papers.

The new three-part Sarah Phelps drama follows the very public divorce between the Duke and Duchess of Argyll in 1963. Claire Foy and Paul Bettany play the unhappy couple, socialite Margaret Campbell and Scottish peer Ian Campbell. Ian secretly investigates Margaret's belongings and finds pornographic polaroids of her with other men. 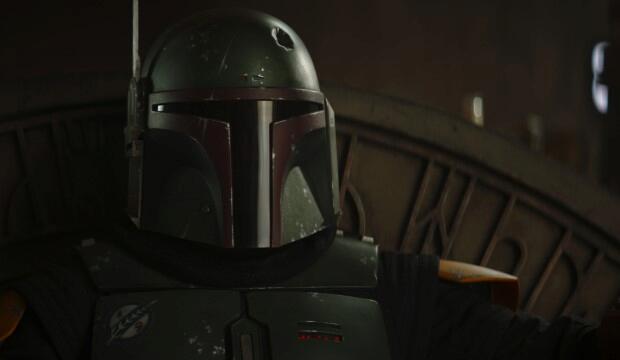 The Book of Boba Fett, Disney+

Star Wars fans, rejoice! The success of the Disney+ series The Mandalorian pretty much guaranteed a spin-off, but The Book of Boba Fett offers something for the diehards. The original Star Wars bounty hunter was first introduced in 1980 with The Empire Strikes Back, thought to have been killed off. But The Mandalorian saw his unexpected return: alive and well, apparently.

This series looks to take a different approach, inspired by American mob movies. Boba (Temuera Morrison) returns to the territory belonging to the late Jabba the Hut, the prominent gangster slug in the original trilogy, and wishes to take over the criminal underworld. But he faces some opposition…

WHEN
Wednesday 29 December
WHERE
Disney+ 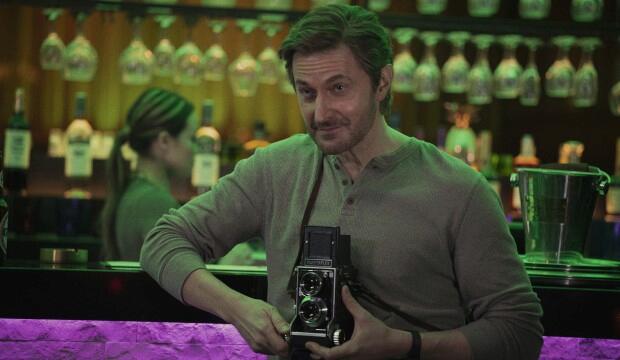 Harlan Corben is another crime author dominating television and, since signing a five-year deal with Netflix, there has been no shortage of adaptations. We’ve already had The Innocent and Gone for Good this year. Now comes Stay Close, an eight-part mystery drama following four people with deep, dark secrets. They all live lives they never wanted to have, and their haunted pasts are beginning to catch up with them.

WHEN
Friday 31 December
WHERE
Netflix 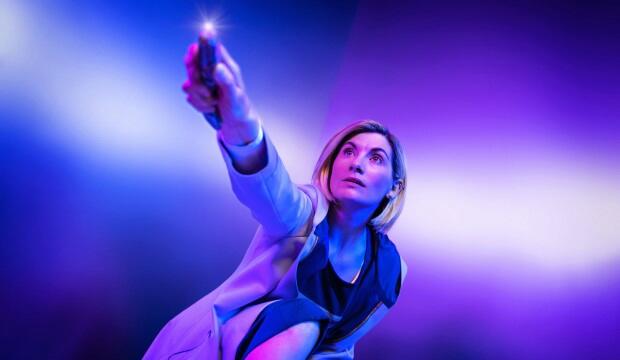 Time is now running out for Jodie Whittaker, as 2022 is the year she’ll hang up the keys to the TARDIS and say farewell to the first-ever female Doctor. Her long goodbye takes place over three concluding Specials, the first of which airs on New Year’s Day.

The exact plot has been securely time-locked. The BBC revealed that This Way Up star Aisling Bea stars as Sarah, owner of ELF storage, and Adjani Salmon plays a customer who visits a unit every year on New Year’s Eve. But with the likely entrance of The Doctor into both their lives, their New Year will be very different to usual…

WHEN
Saturday 1 January 2022
WHERE
BBC One 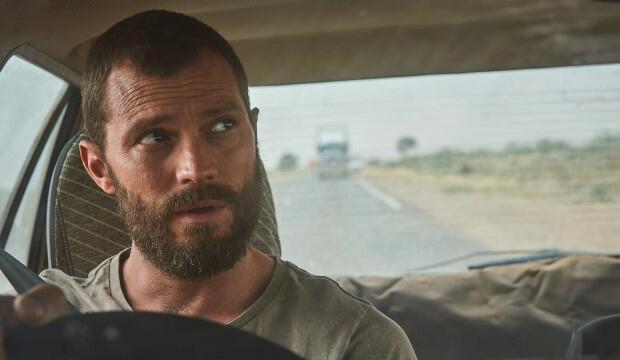 The Tourist, BBC One

Harry and Jack Williams are a thrilling, prolific sibling force in British TV - responsible for hits like Angela Black, Baptiste, The Missing, and Liar. Now, they're kicking off the new year in the Australian outback.

In The Tourist, Jamie Dornan stars as The Man. He's a strapping Irish guy in Australia, whose memory dissolves after being intentionally knocked off the road by a truck. He wakes up in hospital with no idea why someone would want to kill him; he doesn’t even remember his own name. The Man has to discover who he is before his killers can catch up to him. Also stars Danielle Macdonald (Unbelievable), Shalom Brune-Franklin (Line of Duty), and Damon Herriman (Once Upon A Time in Hollywood).