Despite being vividly smothered in bubble-gum colours and stylish music cues, the realities in Promising Young Woman are still there: rising from dark surfaces previously ignored.

Written and directed by Killing Eve showrunner Emerald Fennell, her debut feature film has been divisive for many. Playing in the territory of sexual assault will always have a split reaction, especially since many rape-revenge movies are known to exploit violence against women. But what’s surprising and, to a degree, shocking about Promising Young Woman is Fennell's deliberate repression mixed with a tense threat of something nastier. In this revised approach, she twists the genre into a less violent yet more uncomfortable experience.

The revenge of former medical student Cassie, a scarily astounding Carey Mulligan, isn’t stained in blood. She spends her evenings going to bars and clubs, sitting alone: passed out or passing out. Inevitably, predictably, a ‘nice guy’ offers to take her to his apartment. She never consents.

It’s the sort of punishment that the genre isn’t used to, which shows that maybe movies are growing up. Promising Young Woman is a good sign in a post-#MeToo world, which has made cinema (among other industries) look at itself with honesty. In interviews, Fennell has described her film as a response to the troubling movies she grew up with, where it was 'comedy fodder' for men to get women drunk in order to have sex with them.

The Bafta-nominated casting speaks to that: with The O.C.’s Adam Brody as the first ‘nice guy’, Superbad’s Christopher Mintz-Plasse as a seedy cokehead, New Girl’s Max Greenfield as a rapey fool, and American Pie’s Jennifer Coolidge as Cassie’s conservative mother. 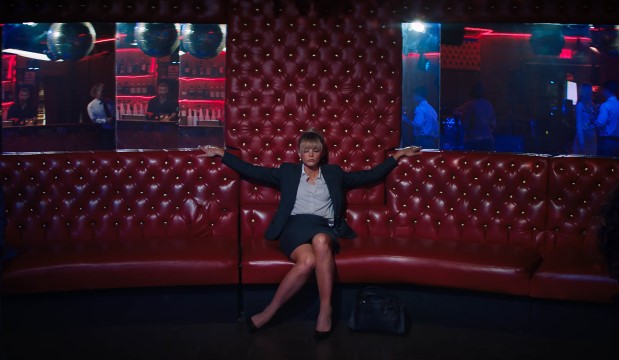 Fennell also sprinkles in familiar phrases like ‘asking for it’, ‘He said/She said’, and ‘I’m a nice guy’ into the dialogue. Although their use is occasionally unnatural, in through for easy access, the situation cringes with believability. You hear more of them as Cassie embarks on her main mission: rectifying a trauma inflicted on her med-school friend, Nina.

Cassie's little notebook, filled with men’s names and emboldened tally charts, is faintly Tarantino-esque – only much more intelligent. The ambiguous ruthlessness with which she operates, wrapped in pitch-black humour, makes Cassie a fascinating woman-bent-on-vengeance.

She wants to punish these men but, more than anything, she wants them to recognise the horror of what they’ve done. This is more impactful and relevant than a thousand tortured corpses – especially with the ominously metallic, orchestral score by Anthony Willis, which includes a seething version of Britney Spears’ Toxic. 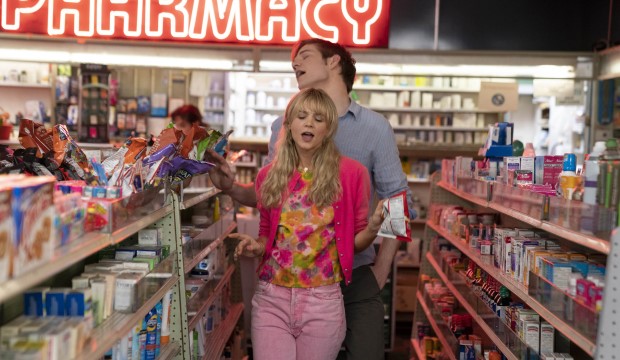 Bending genres to her will, Fennell turns the film from thriller to rom-com (and back again). The lovable doctor Ryan (Bo Burnham, another inspired casting choice) enters Cassie’s uninterested frame, complete with silly jokes and adorable sarcasm. He offers some light to assuage her furious, debilitating grief.

Despite knowing Ryan from med school, she’s able to escape into a different life with him – away from Nina’s trauma. Although you see little of Cassie’s background, aside from some easy expositions, these happier moments are vital. She's more than the sum of her loss.

Mulligan balances those two sides beautifully, proving she has more range than pretty period dramas. Despite Cassie's brutal actions in Promising Young Woman, her emotions are measured: she never screams or shouts. This vengeful hunt of hers is the only way that she can be heard and considered. Fennell doesn't just reflect the hushed and hidden and harmful males in our patriarchal society, but gives a satisfying voice to the women who’ve never been heard.

Promising Young Woman will be available from Friday 16 April on Sky Cinema and NOW.