The Glorias, Sky Cinema review 3 The Glorias, Sky Cinema review Euan Franklin
Why have there been loads of bad biopics in recent weeks? Why have many of them been picked up by Sky Cinema? Why are they mostly dissatisfying? We're at the end of the current 'dump month', when all the bad stuff usually piles up, and it's the perfect time for Stardust, To Olivia, and The United States vs. Billie Holiday to exist without bothering anyone.

Bringing some light relief, however, is Julie Taymor’s passable biopic The Glorias. It doesn’t quite fit with the rest, being slightly better and more ambitious – reaching beyond the standard expectations for the genre. Based on Gloria Steinem’s 2015 memoir My Life on the Road, the film follows the four key stages in her life: as a young child (Ryan Kiera Armstrong), a teenager (Lulu Wilson), an academic 20-something (Alicia Vikander), and a renowned public figure (Julianne Moore).

They travel on a black-and-white bus together, looking out the window at the roads of their lives, chatting about all the things they should’ve said and done. It’s sentimental and cheesy, but provides some creative, non-linear imagination – even if its muddled structure is little more than a narrative gimmick.

Taymor and Sarah Ruhl, the screenwriters, trace Steinem's past. You see her parents’ separation, her mother’s anxiety issues, her eye-opening trip across India, and her struggles as a female writer in New York. All of this preludes her joining the second-wave feminism movement and rubbing shoulders with icons like Bella Abzug (Bette Midler) and Florynce Kennedy (Lorraine Toussaint). 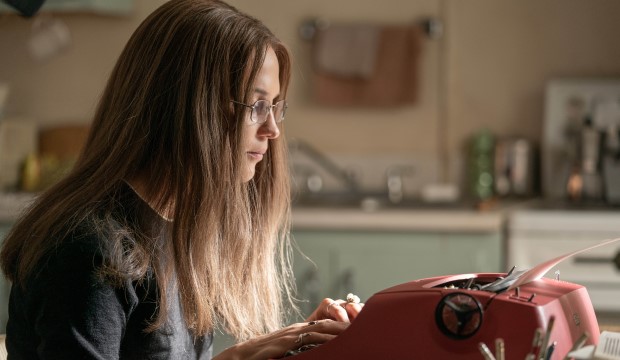 Alicia Vikander as Gloria Steinem in her 20s. Photo: Sky

The film is a curious journey, like that of any icon, but doesn’t need to be the all-encompassing tableau it tries to maintain (unsuccessfully). The Vikander iteration offers the most interest, so much so that you wonder why Taymor and Ruhl didn’t just focus on these formative years and discard the rest.

Vikander is youthful, energetic and resilient in the role, which eventually grows a thicker skin for Julianne Moore. But Moore’s section has already been covered extensively by Dahvi Waller’s much superior TV series Mrs America. More than the emergence of the National Women's Political Caucus, the series addresses the uncomfortable conflicts within the movement, whereas The Glorias ignores them. 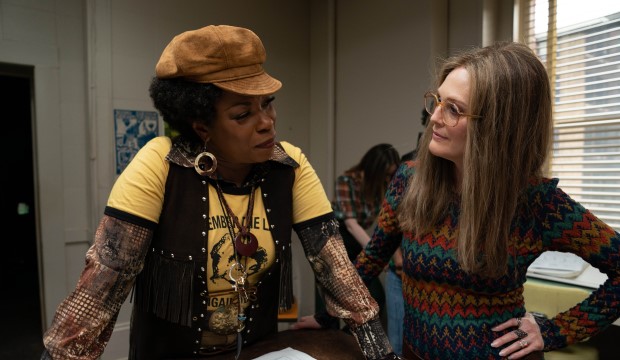 Most biopics are ego-trips, dripping with understanding and praise, but this film never delves into Steinem’s personal flaws or weaknesses. Taymor doesn’t seem interested in showing those vital aspects of her character, depicting her instead as a faultless, feminist angel sent to crush the patriarchy. By withholding these more human aspects, few revelations result.

But scenes in which she dismantles these systems can be liberating, as much as bizarre. One scene interrupts an interview for a surreal, scarlet tornado containing all the representations of women through patriarchal perceptions: celibate, hypersexual and mystically evil. It’s an engagingly hellish sequence.

These moments lift The Glorias into a surprising and entertaining criss-cross journey. The experience warps every so often with clunky transitions and amateur editing, but it's a semi-enjoyable effort.

The Glorias is available on Sky Cinema from Sunday 7 March