In this dark, satirical thriller, Rosamund Pike stars as a swindling guardian of elderly clients. But her schemes are foiled when she crosses a Russian mobster (Peter Dinklage)

The villainously drawn Marla Grayson (Rosamund Pike), in the latter film, works as a court-appointed legal guardian for elderly clients. But that moralistic front disguises her greedy motives: sticking these lonely old souls in a care home (approved by a naive judge) and selling their assets for profit. 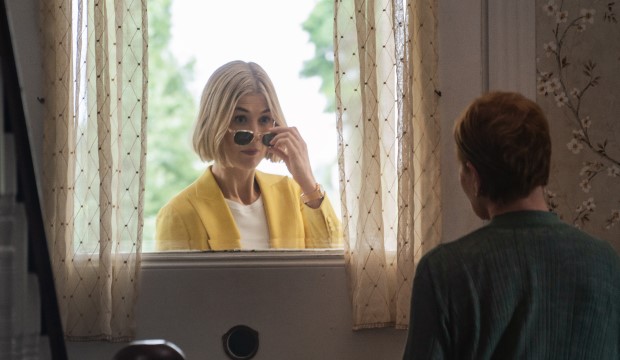 In the film’s steely opening monologue, she proclaims 'I'm a 'f***ing lioness' and ‘I’ve been poor, it doesn’t agree with me.’ These are some of the few insights into what Marla was before a life of white-collar crime. It’s the ambiguous absence of backstory that sparks curiosity at first… before those assumed layers are stripped away, and you’re left with a broadly satirical sketch of modern capitalism and selfish individualism.

Although there's plenty about the striving for wealth inspiring the worst in humanity, the film expects too much sympathy from you in return. And who can feel all that sorry for an evil drawing?

Marla’s system has been working well, collaborating with her business partner/lover Fran (Eiza González), local doctor Amos (Alicia Witt), and care-home manager Sam (Damian Young). They work on a new client, Jennifer (Dianne Wiest), who initially appears to be a sweet little lady on the cusp of old age but actually has some lethal connections. Enter Peter Dinklage as the Russian mob boss Roman Lunyov, who sports a Dostoyevskian beard but no discernible accent.

It’s an intriguing rivalry, the two sides both being awful in their own ways. But the moral callousness of Marla overwhelms the torturous vengeance of Roman. Writer-director J Blakeson (The Disappearance of Alice Creed) manages to produce a first from this critic: rooting for the Russian mafia. 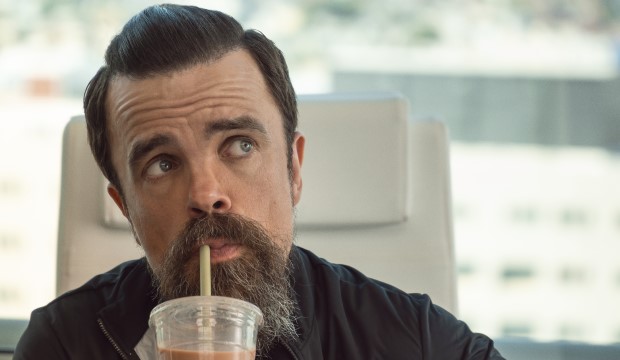 Rosamund Pike tackles the role beautifully, like she's using some reserved evil from her best-known character in Gone Girl. She makes Marla’s psychopathic indifference into something pithy and glamorous. She’s the driving force, and it’s hard to imagine the film being quite as passable without her performance.

But there’s some tedium to Marla’s apparent immortality, which is rather persistent as nothing stops her and she stops at nothing. The second half mostly falters because the conflicts don’t affect her long term: she’s able to brush them away with cold rationale and cathartic screams. It's fun at first, but only in the unfulfilled expectation that she won’t enjoy her victories for long.

I Care A Lot is another in a string of indie, revisionist genre stories backed by Amazon Prime. Like I’m Your Woman and the discontinued Utopia remake, in Blakeson's film the colours are heightened, the characters are vividly dressed, and the structure is rewritten. But the payoffs here are slight and unsatisfying. And so is the satire, set up and then let down like a half-inflated balloon. The only solace: Pike is, indeed, a f***ing lioness.

I Care A Lot