In Chloé Zhao's stunning, Oscar-nominated drama, Frances McDormand stars as an unemployed widow who travels across the American West to find work

So much in Nomadland towers above the isolated figure of Fern (Frances McDormand), a 61-year-old nomad who drives through the American West in her campervan. Whether she's wordlessly walking or sitting or urinating, the enormity of the world seems to swallow her up.

You see a large, rocky canyon. A vast pile of potatoes. A tall model brontosaurus. A wide, metallic Amazon warehouse. And, simply, seas of sky crossing into magic-hour pinks and purples and blues. With everything around her, Fern is tiny in comparison: a moving speck in a landscape of importance. Regardless, cinematographer Joshua James Richards' camera watches Fern patiently, while basking in the numinous and picturesque surroundings.

Fern drives from place to place in search of work. You watch her shift from cleaner to server to litter-picker to warehouse worker: all temporary jobs to which she circles back throughout the film. She used to live in a company town, Empire, before it went bust after the Great Recession. It exists now in a ghostly state. Fern's husband subsequently died of cancer. Now, her home is packed and stacked on four wheels. 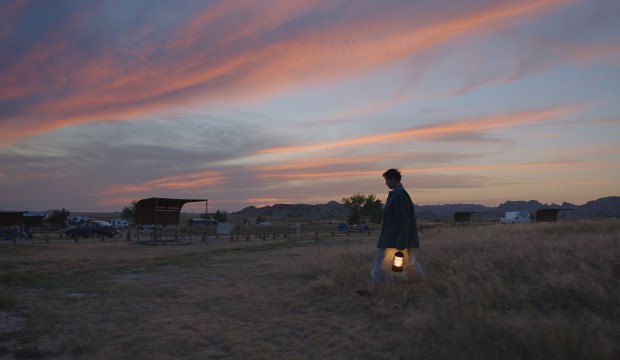 There’s a slow, organic purity to Fern’s journey, a testament to writer/director Chloé Zhao’s way of working. Like her subtle and underrated indie film The Rider, Zhao constantly reworked Nomadland’s script during production. Using actors and nonactors alike, she semi-improvised scenes with real people, real nomads – using author Jessica Bruder’s original non-fiction book as a basis. Fern’s one of a few fictionalised characters, but even large portions of her backstory were grounded in Frances McDormand’s own personal history.

Fern meets these fellow nomads on the road. One is close to dying, another contemplated suicide, many have endured heavy losses – death is a common burden for them all. Zhao merges documentary and fiction, reaching a tangible sense of truth in the process.

When these nomads reveal their life stories – in private or across a crackling fire – those truths undulate across their faces and seep into their words. These performances, portrayals, interviews (whatever you want to call them) can be overwhelming in their deeply moving honesty, like they've trusted you to watch and listen. 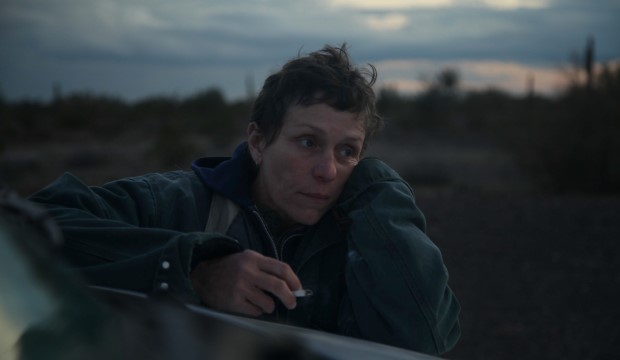 It feels wrong to call Nomadland a road movie, considering the homely yet sporadic nature of Fern’s journey. There’s no final destination. Fern never settles in one place, never mind a house with walls instead of wheels. On the rare occasions when she enters a house, at one point to visit her sister, the architecture feels uncomfortable and over-indulgent. It's like a spacious prison.

Although politics rarely enters the film (controversial to some), it's obvious what Fern thinks of others’ materialism. But she doesn't judge these people, despite the transparent assumptions and prejudices made about her.

Fern is considerably quieter than many of McDormand’s previous roles, but the Three Billboards actor is undeniably perfect. She exudes that contented and sometimes frosty sense of independence, this time with a preferred introversion. Fern likes and loves people, but isn’t willing to change for them. Even the innocent, caring efforts of her not-so-secret admirer Dave (played by Billions actor David Strathairn) are calmly avoided.

More than themes of grief, capitalism and solitude, it’s acceptance – of who you are and where you’re going – that shines through the most in Nomadland. Zhao loves to linger in that space. With Richards’ scenic visuals, dancing with the transcendent piano keys of Ludovico Einaudi, the film drifts like a gentle breeze into an uncertain but beautiful wilderness. Zhao soothes you into that world, which you might never visit; she finds and befriends people you might never meet.

It's a warm, stunning and humanistic piece of filmmaking.

Nomadland is now in cinemas and available on Disney Plus. 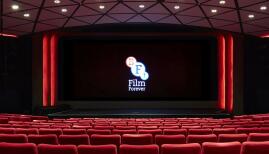