To celebrate the reopening of the BFI Southbank, we talk with the head of programming Stuart Brown about what they have in store from 17 May 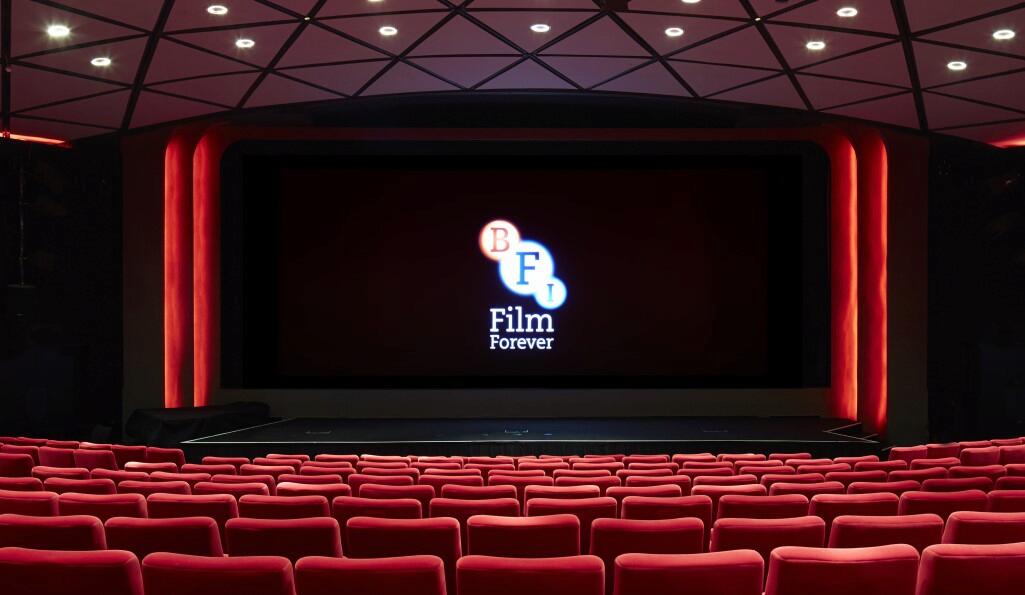 Photo: BFI
Tickets will go on sale to BFI Patrons on Monday 3 May, BFI Members on 4 May, and to the general public on 6 May. Full details of seasons will be released on the BFI website on or before Monday 26 April.

‘Timing is really, really important to programmers,’ says Stuart Brown, the head programmer at the BFI Southbank. ‘You know when you’ve got the timing right. It’s a really great feeling.’

After more than a year of delays, closures and We’ll Be Backs, timing has been wriggling sporadically for cinemas across the country. But – if the government roadmap is to be trusted – these much-missed venues will open their doors again on Monday 17 May.

The pressure’s on to accommodate all the movie-lovers rushing to return to the cinematic experience, but the BFI has greater responsibilities weighing on its shoulders. The Southbank venue is more than a cinema, it’s an open church for cinephiles: a place to learn, evaluate, analyse, love, and praise what’s projected on the big screen. And for those behind the scenes, Stuart Brown included, it’s even more important than that.

‘We’re endlessly in meetings, discussing it and arguing about it and fighting,’ Brown laughs. ‘Fighting our corners for all the things we love. You can see in the programmes that we publish, they’re born of passion and they’re born of love.’

But these gladiatorial conversations happened before Covid, when the landscape of cinemas seemed to decline every month. Many venues and employees were left in the dark about their futures, enduring lockdown after lockdown. Did Brown and his BFI team find it difficult to plan their programmes around this new environment?

‘It’s very hard to be creative in a Zoom meeting. Normally we’d have all kinds of different meetings set up. Quite a lot of the work we do is much more informal. Sometimes it’s done in the bar. So it’s that sort of human condition thing [which] has been tough, the creative side of it has been tough. But I’m really looking forward to us getting back in person and having that spark of creativity.’ 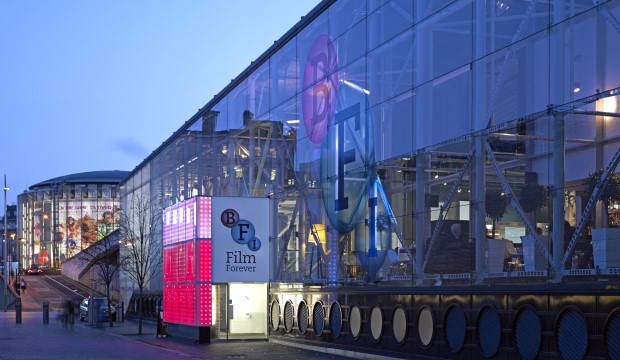 But the lockdowns didn’t discourage cinemagoers from living in hope. The BFI’s monthly movie magazine, Sight & Sound, began the My Dream Palace editorial, in which eminent filmmakers like Edgar Wright (Baby Driver) and Luca Guadagnino (We Are Who We Are) wrote about their favourite cinemas. Wright also acted as a contributing editor for Empire magazine – organising many actors, writers, and directors to discuss their favourite experiences at the cinema. Terri White, Empire's editor-in-chief, called this uncomfortable time a 'hibernation period'.

Brown continues. ‘Something that happened in lockdown, which I found sort of fascinating, was [that] the media-at-large got really interested in cinema. The borderline obsession with Tenet, and was it gonna save the world? It felt like Tenet and James Bond suddenly became the national conversation.' 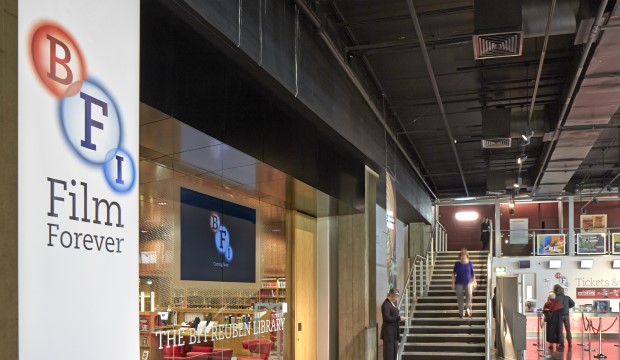 Films like Promising Young Woman, Minari, Ammonite, and Nomadland – clearly meant for massive screens – had to submit to streaming. As these platforms were grabbing delayed movies and then releasing them for home viewing, some were less optimistic about the future of cinema.

‘Some journalists were writing those pieces that were sort of ringing the death knell of cinema and saying it’s all over now, the streaming platforms are gonna take over, Disney+ is gonna kill cinemas. I think it’s all nonsense. But then what happened, as a kind of response to that quite unhelpful and negative editorial… there was a real sense of community of people saying “no, no, that’s not right, that’s not what we need now”. There was a sense of togetherness.’

The nationwide reopening on Monday 17 May will put that togetherness to the test. The desperation to see friends, hug loved ones, and head out for a tea or a beer grows more as lockdown lifts. Cinema is part of that privileged joy, taken for granted before it was suddenly snatched away: leaving only memories perched on the seats. Hopefully, by the end of next month, we'll be able to fill them again.

Brown takes this writer through what the BFI Southbank has in store.

Dream Palace: Movies Made for the Big Screen
Monday 17 May onwards 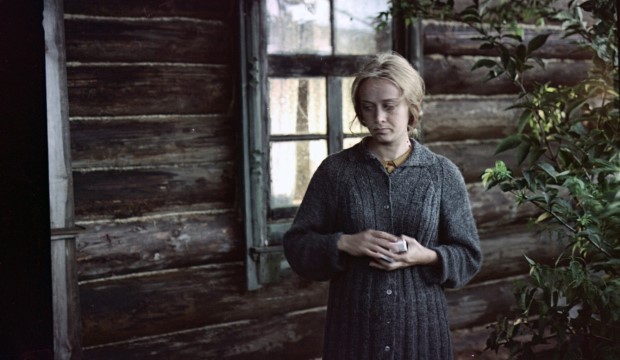 Using the Sight & Sound Dream Palace editorial as a basis, the BFI is hosting an eclectic curation of movies chosen by filmmakers specifically for the Southbank venue. The director-movie pairings include Edgar Wright and Black Narcissus, Francis Lee and Footloose, Gurinder Chadha and Car Wash, and Malgorzata Szumowska and Mirror.

‘My colleagues at Sight & Sound did this editorial, the Dream Palace editorial. I loved the way that they did it, I loved the people they chose to engage with. A really fascinating set of people, with lots of different perspectives on film culture. To cinema-lovers, being able to go back is really emotional. I just said, okay, let’s just take that editorial concept and let’s turn it into a programme. And what’s come out the other side of that, I think, is really glorious. It’s a really unusual thing for the BFI to have a programme approach which allows a completely mad potpourri of different films from different eras and different parts of the world – all together in the same thing. It’s really taught me something. I wanna go and see all of them.’

Her Voice: Black Women from the Spotlight to the Screen
Monday 17 May - Wednesday 30 June 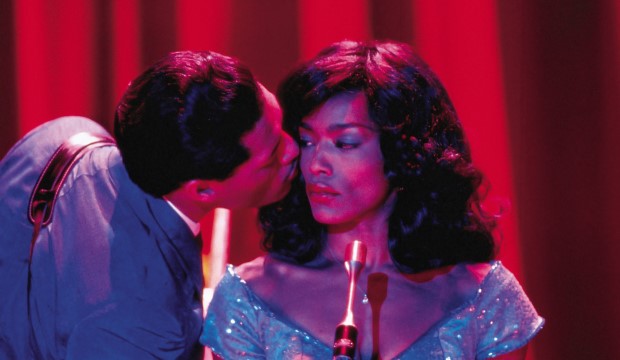 Laurence Fishburne and Angela Bassett in What's Love Got to Do With It? Photo: Sky/Touchstone Pictures

With the recent releases of Tina and The United States vs Billie Holiday, a season examining Black female singers across film history is a timely addition to the BFI’s reopening. Her Voice, curated by film researcher Karen Alexander, looks at the most significant movies that starred Ella Fitzgerald (Just One of Those Things), Tina Turner (What’s Love Got To Do With It?), Diana Ross (The Wiz), and Beyoncé (Dreamgirls).

‘This was something that we started to talk about when [the Aretha Franklin documentary] Amazing Grace came out. We were mentioning to each other that there’s something possibly happening in the film culture that wants to look at and celebrate these amazingly powerful, specifically Black, vocalists who’ve had a massive impact on our cultural lives. The whole story around [Amazing Grace] is so fascinating. Everything about it was so romantic, but also just such a deeply cinematic and amazing musical experience in the cinema. It feels like a zeitgeist. When you actually look at the personal histories of these artists, almost all of them came from very, very working-class backgrounds. Their trajectory to Cultural Icon is all the more fascinating because of that.’ 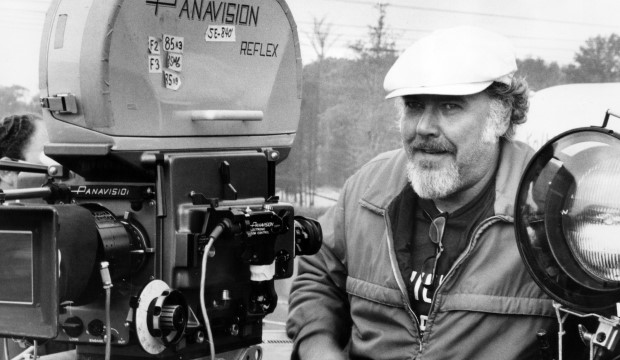 In its first retrospective after Covid, the BFI is hosting a wide selection of movies by anti-establishment director Robert Altman. The curation includes his comic war film M*A*S*H (which inspired the famous TV series), his unique adaptation of Raymond Chandler's The Long Goodbye, and his ensemble examination of country music in Nashville.

'It’s so important to have a place where you can go and see [Altman's films] on a big screen, where you can see them presented in the way that Altman designed them to be experienced. If you think about that period of late 60s through the 70s, the American independent cinema that kind of grew out of that period. It’s sort of my heartland of cinema, all of those films.

'I’ve been watching [Altman's] films again, and it’s breathtaking the way he’s so important to the evolution of the language of cinema. The way that he innovates stylistically, and the way that he’s really, really engaged with a theoretical idea of narrative structure. When you watch his films, he’s toying with [them]. And when you watch Nashville, I don’t think anybody would be able to make that film today. It’s an epic experiment in film language.’

Women With A Movie Camera 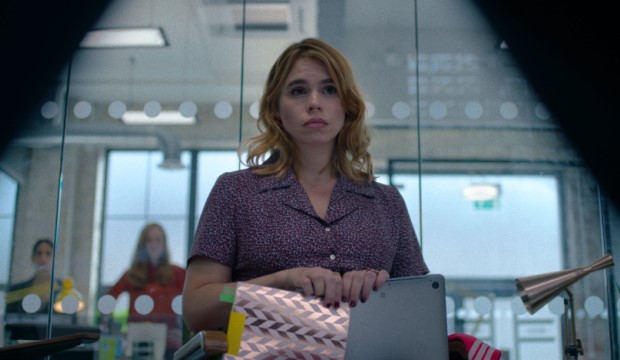 The BFI has elevated the work of female filmmakers for years with its Woman With A Movie Camera series. It has continued through Covid with BFI At Home, using stars like Ruth Wilson (His Dark Materials) and Lydia West (It’s A Sin) to introduce women-led movies of note. The BFI has also hosted virtual Q&As with prominent filmmakers such as Channing Godfrey Peoples (Miss Juneteenth), Sandra Goldbacher (Ordeal By Innocence), and Eva Riley (Perfect 10).

As cinemas reopen, the series will return in its physical form. First up is Billie Piper’s directorial debut Rare Beasts (Saturday 22 May), which – like I Hate Suzie – follows a chaotic mother juggling parenthood with her career in TV. Next in the schedule is Cathy Brady’s Wildfire (Sunday 20 June), which is about a woman who goes missing on the Irish border. Both screenings will feature Q&As with the filmmakers. 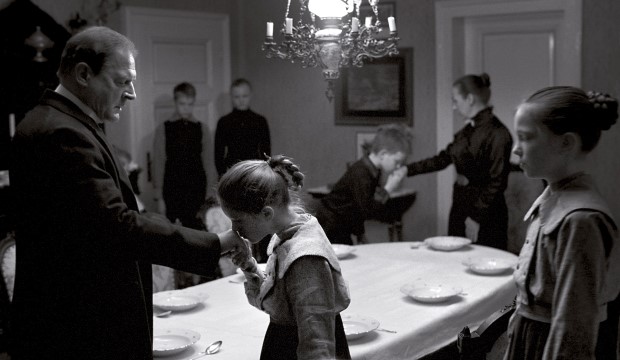 Black-and-white movies are often treated as antiquated relics, representative of a time that hasn’t moved forward. In that vein, colour is wrongly graced with superiority: as if it symbolises aesthetic progress.

BFI's new edition of Big Screen Classics shows how majestic monochrome storytelling can be. From classics by Buster Keaton (Steamboat Bill, Jr.) and Orson Welles (Citizen Kane) to the meaningfully modern filmmaking of Michael Haneke (The White Ribbon) and Sally Potter (The Tango Lesson). Films featured in Big Screen Classics are only £8 a ticket. 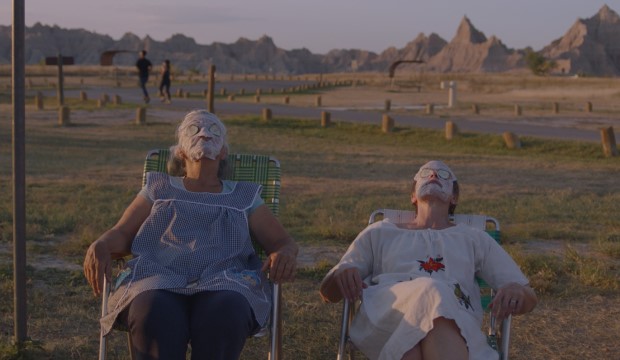 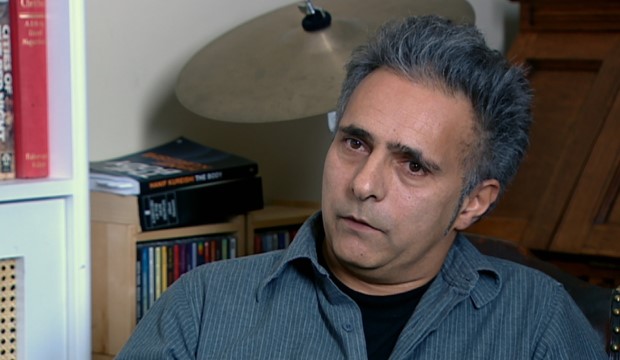 Tongues on Fire: UK Asian Film Festival (26 May - Sunday 6 June). This year's theme is Ray of Hope, which features the new documentary The Beatles and India about the band's relationship with India and its culture.

For the Whovians, there's a special screening of the 1987 Doctor Who episode Dragonfire (12 June) – celebrating the Blu-ray release of season 24.