2 CW readers are interested
Why you should watch Call My Agent! Why you should watch Call My Agent! Euan Franklin
The craving for great TV has exploded in these pandemic days, to the point where venturing beyond the English language isn't just for the box-set buffs and cultural academics. Curiously, French series have grown to be among the most watched around the world – the silly crime drama Lupin being particularly popular right now.

Call My Agent! is another French-speaking series that's attracted a lot of attention recently, but it's been an extended road to international recognition. Unlike Lupin, which was instantly popular, Call My Agent! dropped onto Netflix in 2015 and audiences outside France increased gradually from there. It’s now turned into a critical phenomenon: offering so much funny, steamy, cinephilic escapism. Here’s why you should watch it. 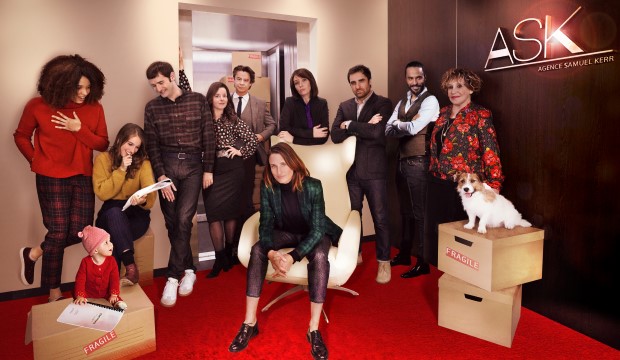 The entire cast of Call My Agent! Photo: Netflix

The series takes place in the Parisian talent agency ASK (Agence Samuel Kerr), in which agents rush around pleasing their clients and keeping them happy. Like the Ricky Gervais media sitcom Extras, each episode centres around a cameo appearance from a famous actor (see below).

The actors’ issues range from the prissy to the genuine, from sharing screen time to female exploitation or disempowerment. The first episode even takes a sly jab at Quentin Tarantino and the Hollywood system, as Cécile de France is rejected from his new film because she’s too old. As another agent, Arlette, remarks: ‘Too old? What’s the part, a kid?’

Call My Agent! reveals a deep love for movies, while poking fun at the systems behind them. There are countless references to actors and filmmakers, ranging from Steven Spielberg to Jacques Audiard, but the writers also capture the patriarchal restrictions that ripple through the industry (often endured with difficult smiles). 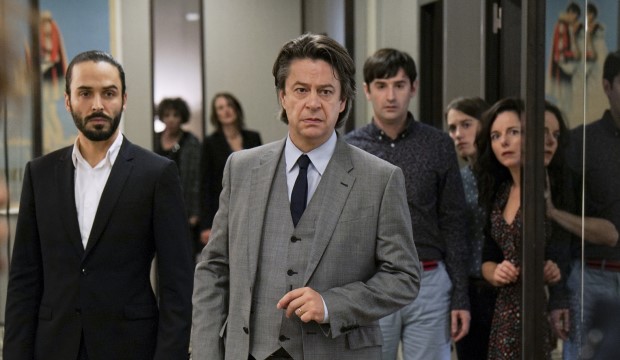 Often the mark of a great and bingeable TV experience is loving all the characters at once, even the annoying and/or despicable ones. There isn’t a single protagonist in Call My Agent! that could bear being lost. ASK is a unit, a family: the dynamic similar to the cordial atmospheres of American sitcoms, but with more swearing and shouting and sex. They fight, they deceive, they plot – but they all love each other, really.

You have the agent Gabriel (Grégory Montel), a nice man who hates being nice, and who begins seeing the receptionist and aspiring actress Sofia (Stéfi Celma). Hervé (Nicolas Maury) is his very camp assistant, speaking with a soothing, high-pitched manner. Arlette (Liliane Rovère) is a seasoned agent with a lot of secrecy steaming around her, like she’s seen and done it all. She's constantly and adorably attached to her dog Jean Gabin, named after the classic French actor. 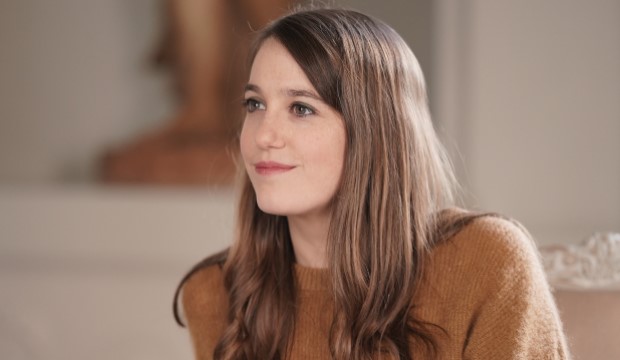 Camille (Fanny Sidney) is our entrance into the world of talent agents. Photo: Netflix

Mathias (Thibault de Montalembert) is a greying agent who's always wearing a suit: duplicitous in his methods, as he steals unhappy talents away from his rivals and colleagues. His assistant Noémie (Laure Calamy) is, undoubtedly, the most irritating character of the lot. But she’s always so watchable in her flighty, aloof and convivial personality, especially in her not-so-secret lust for Mathias.

And then there’s Camille (Fanny Sidney), the newest and youngest addition to the team, who starts working for ASK to get closer to her dad… Mathias. But they must keep that whole complicated situation hushed. Camille is our entrance to this unseen world of actors and agents.

But if we’re picking favourites, then Andréa (Camille Cottin) is the clear winner. She’s fierce, aggressive, and stops at nothing for her clientele. She’s an excellent womaniser, indulging in countless flings of sexual hedonism. But that comes under threat when, inevitably, she falls for someone. With those reversals of gender and sexuality standards, Andréa is the most original aspect of the series.

Given the plans for remakes in several countries, you have to wonder if her character will be correctly maintained. In an interview with The Observer, Cottin criticises the forthcoming Turkish remake, which is planning to strip away Andréa’s lesbianism and turn her straight. We can only wait cynically for the results… 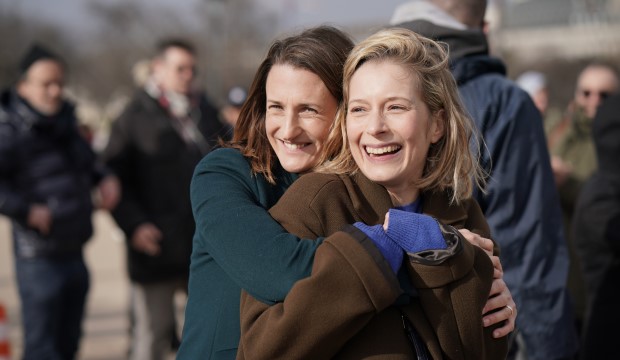 Andréa (Camille Cottin, left) is the most original aspect of the series. Photo: Netflix

Admittedly, most of the cameos in the first two seasons are hard to recognise if you’re not plugged into French film and TV. But when Juliette Binoche (High Life) suddenly appears, you settle into the self-parodic issues of the rich and famous and brilliant.

In time, you’re treated with cameos by Jean Dujardin (The Artist), Monica Belucci (Spectre), Isabelle Huppert (Elle), Charlotte Gainsbourg (Melancholia), Jean Reno (Da 5 Bloods) and – remarkably – Sigourney Weaver (Alien). Most of these actors share a common severity, treated as serious actors in a serious business, especially in France, where cinema is so revered. 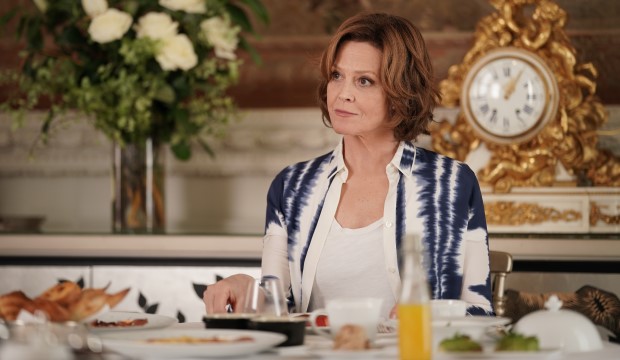 And yet, Call My Agent! allows the stars to breathe, to mock themselves and their celebrity identities. One especially hilarious episode, opening season three, has Dujardin plunge into DiCaprio-level method acting: playing a soldier hiding in a forest. He sleeps in a tent outside, and doesn’t wash for weeks… even after filming has finished.

But more than mere mockery, Call My Agent! has a palpable appreciation for what actors do and even sympathises with them. Although it’s hard to relate to those who seemingly have everything, the series shows intense and funny portraits of their lives.

Despite the initial plans to conclude with season four, development for a new Call My Agent! film has been announced. It's shooting either late this year or early 2022, possibly in New York. There's also a planned fifth season on the way. We can only imagine the cameos…

Call My Agent! is available to watch on Netflix 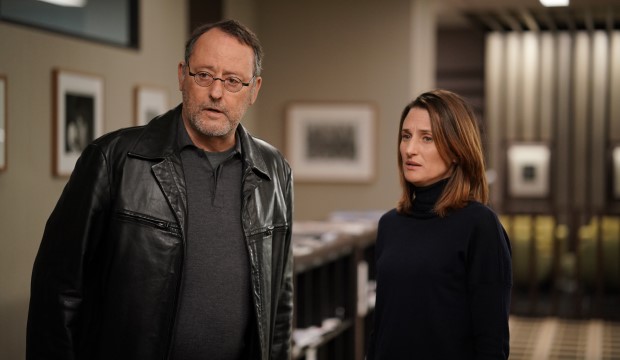