His new Vietnam War movie Da 5 Bloods, following a band of African-American veterans hunting for gold, is no different – opening with a harsh history lesson. Lee clips together 4:3 TV footage of Muhammad Ali, Dr King, Malcolm X, Angela Davis: all interlaced with the murders and massacres and shootings and suicides captured in the fraught time of the Vietnam War.

It’s evocative enough to make you weep, especially in the wake of George Floyd’s murder and the global protests that have grown from it. How many other prominent filmmakers would dare to open with such piercing pictures? This real footage soon splinters into fiction as you see a photo of the five eponymous ‘Bloods’, raising their fists in the jungle. The screen expands to 16:9 and time moves forward to present-day Saigon.

Similarly harrowing footage and photos recur throughout, always reminding you of the important reality inside this genre fantasy. Da 5 Bloods exists in a revisionist, treasure-hunting Western – like a diverse Treasure of the Sierra Madre – yet it’s populated with PTSD, war stories and black history. The Bloods return to Vietnam to recover the remains of their fallen friend Stormin’ Norman (played in 4:3 flashbacks by Black Panther star Chadwick Boseman), and to steal a crate of CIA gold they secretly buried at the time. But should they use the gold for themselves or others? 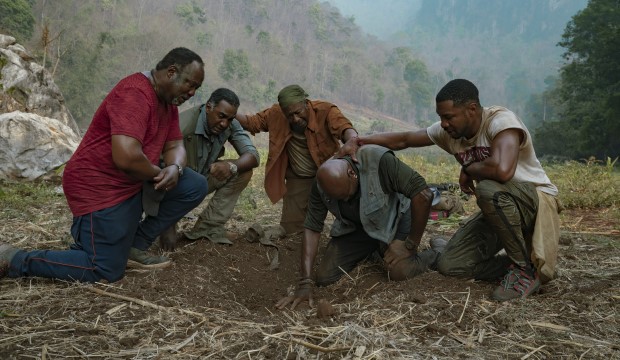 Otis (Clarke Peters) organises the eventual conversion of the gold into cash, helped by an old flame (Lê Y Lan) and a white-suited Frenchman (Jean Reno). Melvin (Isiah Whitlock Jr) has a family back home and is good with metal detectors. Eddie (Norm Lewis) owns a car dealership, and wants to donate his share to Black Lives Matter.

But the most vivid and interesting of the group is also the most contentious: Paul (Delroy Lindo), the wall-hungry, right-wing Trump supporter, who proudly wears an MAGA cap. He’s exceedingly loud in most scenes, like nobody’s heard him until now.

Lee sprinkles the film with so many different flavours of character, too many to examine here. It’s a sweeping ensemble, endlessly watchable, but sometimes they fill the plot to bursting point: confusing certain returning character details. But this encourages further viewings to follow the threads and trace where they lead.

The union of the five Bloods is a delight: from dancing to Marvin Gaye in a disco to furiously arguing at gunpoint. They don’t see eye to eye on everything, but the immortal memory of Stormin’ Norman unites them. As the Bloods delve deeper into the jungle, the ecstasy of gold and memories of war simmer inside them – leading to a furious and delirious final act.

The flashbacks fire rapidly with bullet-ridden action, with Newton Thomas Sigel’s visuals charging with the soldiers on the ground as Norman leads his troop into battle. Norman’s legacy also continues through his intelligence, teaching his men – and, consequently, the audience – about black history and America's 'anti-commie Kool-Aid'. As Otis recounts, ‘he was our Malcolm and our Martin’.

You can see Lee having fun paying homage to his favourite movies, like playing Wagner along a Vietnamese river (a booming reference to Apocalypse Now), while digging angrily at America’s atrocities and injustices. He educates and entertains simultaneously, a hard juggling act to facilitate: imbalanced at its worst, explosive at its best. Regardless, he ensures you remember the sacrifices African-Americans have made for their country. And make still.

Da 5 Bloods is available on Netflix from Friday 12 June 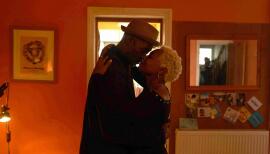 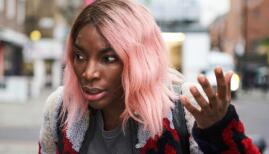 I May Destroy You episodes 1 & 2 review 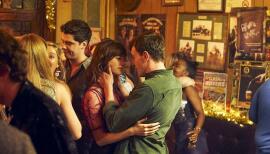