2 CW readers are interested
Space Force, Netflix review 3 Space Force, Netflix review Ella Kemp
Prior to stapling themselves into television history, Greg Daniels’ sitcoms tend to open with underwhelming first seasons. His US version of The Office basically re-created Ricky Gervais’ original before easing into its own delightful formula. In Parks and Recreation, most of the characters didn’t find their spark until season two.

Similarly, his new Netflix comedy Space Force feels like a feeler: throwing much into 10 episodes of varying length (29-37 minutes) to see what works and what doesn’t. A lot of it does work, but there are so many loose threads and unexplained details that it scrabbles to find its strengths. 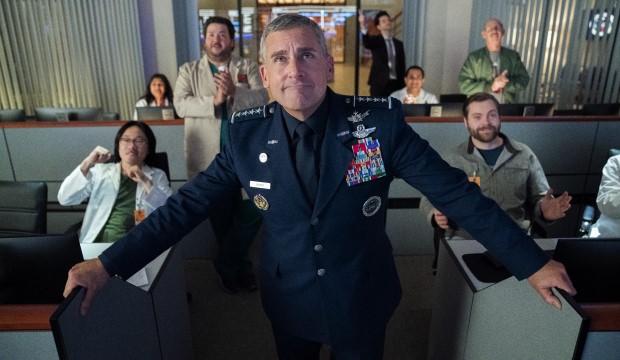 However, despite the show’s imbalances, the eclectic comedy performances shout loud enough and hilariously enough to keep watching. Steve Carell stars as the four-star General Mark Naird, who’s expecting a promotion to lead the US Air Force. But instead, Naird’s heading a new branch in the military, Space Force, designed to dominate the galaxy – formed after POTUS claimed to have ‘boots on the Moon by 2024’. (NB: Vice President Mike Pence announced this goal last year.)

Carell co-created the show, and the writing gears to his comedy talents: not least his aggressively funny repressed rage that made Michael Scott so memorable. Raging Carell is a beautiful sight to behold, and the series knows it. But Naird has his own quirks, relieving his stress by singing Kokomo and Big Girls Don’t Cry – intensifying as he deals with sabotaged satellites, Russian spies, stranded chimponauts and his disruptive but loveable daughter Erin (Booksmart’s Diana Silvers). 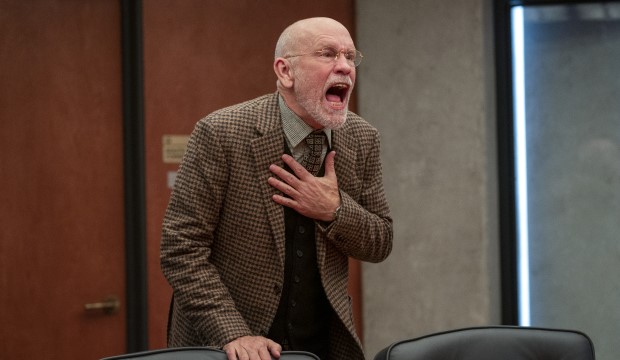 Helping him out is Dr Mallory, a brilliantly pompous scientist with dashing suits, played with elegant, geeky frustration by John Malkovich. Naird and Mallory’s relationship is often frosty: military bravado clashes with scientific caution. It’s close to the bone at times, especially in these Covid-19 days when ignorance of science is harmful, but their contrast works… up to a point.

The writers don’t so much meld them together as push them into each other, their development clunking into forced appreciation for the other. But once they work on friendly terms, the result is a lovely and funny friendship. 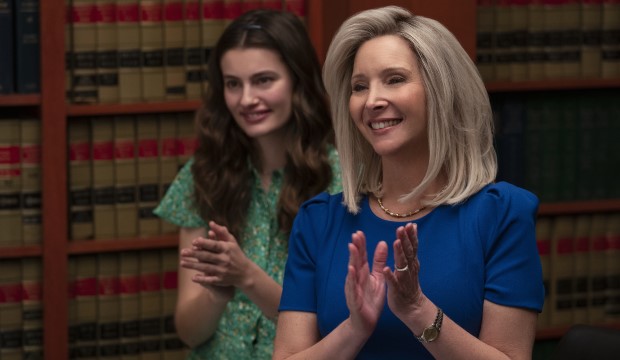 Regrettably, Lisa Kudrow is mostly wasted as Maggie, Naird’s wife, who’s imprisoned for most of the series because of ‘a serious crime’. You expect her sentence to be explained eventually, but it’s like Daniels and Carell didn’t think that far ahead. She’s more impactful in the shoehorned moments of drama, which awkwardly rub against the series’ general silliness.

Space Force is never entirely sure what it wants to be. Is it a satire? At times. The show makes thinly veiled references to Trump, and its Twitter media strategies lead into stupidly biased press conferences – resonating with the absurdity of the current White House administration. But none of this goes far enough. Is it sci-fi? Not really, as it’s set in 2020, though the writers have comically exaggerated a lot of the tech and the show’s steep budget really shows on screen (including a lot of barely passable CGI).

Although Daniels and Carell have built a worthy rocket, it’s yet to take flight.

Space Force is available on Netflix from Friday 29 May 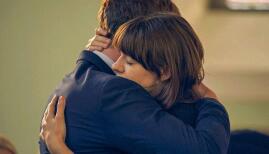 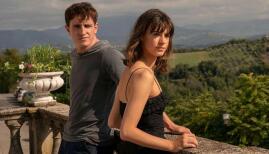