The best chapter of the season so far, episode four blasts with intense interrogations, nerve-shredding action scenes, and nuanced characters. Spoilers ahead!

This is a perfect episode of Line of Duty. All the elements that make Jed Mercurio’s writing so aggressively absorbing are locked and cocked into place. The claustrophobic interrogations. The corruption that swiftly switches faces. The action sequences that grab and shake and threaten to shoot you dead. The acronyms that fire as fast as gunfire. And a 'Mother of God!' to rule them all: reacting to the double-whammy ending of a twist and a cliffhanger.

Episode four secures this season's quality, and foretells its standing among the best years of Line of Duty’s lifetime.

Acting DSU Joanne Davidson (Kelly Macdonald) continues to intrigue, and even stimulates some sympathy – despite you knowing next to nothing about her. She keeps in line as a puppet copper for the OCG, saying the inevitable arrest of DSU Ian Buckells (Nigel Boyle) was a result of ‘one rotten apple’. She echoes PCC Sindhwani's (Ace Bhatti) public insistence that police corruption isn’t systemic.

The quiet, coercive influence of PC Ryan Pilkington, raised by the OCG, worms into every decision Joanne makes. Gregory Piper brings a frightening restraint to the role, Ryan’s cover lifting for a few excruciating seconds as Joanne tells him of his transfer. The fear pumps through the room despite the prickly stillness of the moment.

Buckells has been thrown under the bus. But after many seasons of being utterly intolerable, he generates some brief humanity under pressure. He’s mostly frustrating as an interviewee, batting away the evidence against him with a childish defensiveness. Then he shows a more broken, emotional side, providing nuance to a character who’s been paper-thin until now. And he's no match for the impatience and anger spitting from Superintendent Ted Hastings (Adrian Dunbar).

Things are looking bad for the battle-worn Hastings, his future uncertain. He leaves Chief Constable Wise (Elizabeth Rider) with some brutal final words about the loss of honesty and integrity. (You have to wonder if his speech reflects Mercurio’s own views on the police, especially given the last 12 months.) And like Ian Buckells and Ryan Pilkington, you see Ted's persona change – his sternness weakening. The systemic, bureaucratic and vaguely authoritarian walls are closing around him. 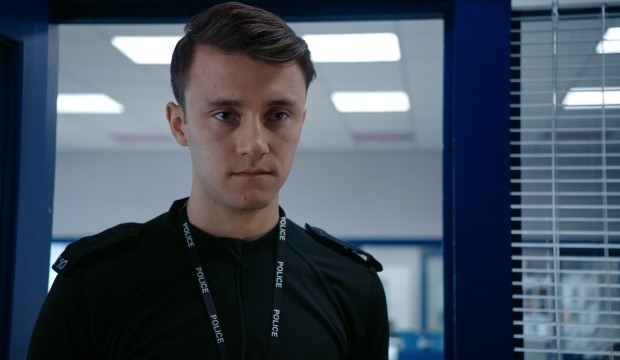 This episode also sees the return of the imprisoned ex-lawyer Jimmy Lakewell (Patrick Baladi), who defended the convicted DCI Roz Huntley (Thandiwe Newton) in season four. He was arrested for being one of the ‘Balaclava Men’, and had talked to the murdered journalist Gail Vella (Andi Osho) for an unpublished podcast.

Jimmy's hesitant co-operation with AC-12 leads to one of the most nerve-shredding and hair-clutching action sequences in Line of Duty history. DI Steve Arnott (Martin Compston) tries to get Jimmy to talk with the promise of witness protection, and the exchange ends with an overturned van, an intense gun battle, and pints of blood splashed across the road.

The overwhelming and all-encompassing evil of the OCG make you wonder if they’ll ever be stopped, if they ever can be stopped – especially given the planned cuts to Anti-Corruption. The final scene, almost revealing Joanne Davidson’s connection with a familiar character, suggests there’s even more at stake than we’d imagined. 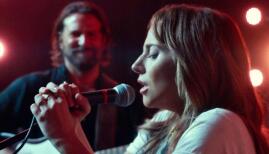