It's an attractive and little-known premise for a movie, and you wonder why Six Minutes to Midnight was the first to snatch it. But then, as the film submits to familiar noir-y and spy-thriller storylines, you realise there’s little substance or surprise in such a compelling setting.

Izzard's enjoyable in the role, predictable considering she also co-wrote the film. Fitting the actor's talents in stand-up, Thomas is written with a performative edge – vividly seen when teaching his pupils. Izzard succeeds in these pedagogical moments, but falters during the more emotionally demanding scenes.

Judi Dench also appears, resuming her typecast role as the stern, elderly, and eloquent matriarch. She plays Miss Rocholl, the head of the school, who admits to some troubling and ambiguous Nazi sympathies. 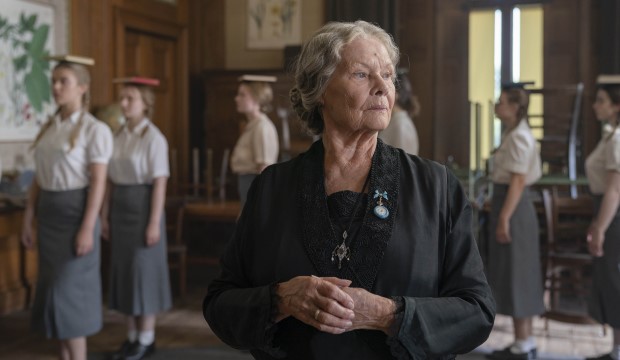 Izzard, Celyn Jones and Andy Goddard (who also directs) write with a degree of patience and a lot of empathy for the schoolgirls. Given Thomas’s German heritage, he treats them the same as everyone else – no matter their questionable parents, elevated arms, and proud Sieg Heils. They’re still children, after all.

But the writers struggle to examine the dynamics between the girls in much detail. The glimpses you’re given – told mostly from Thomas’s perspective – wouldn’t look out of place in a high-school movie, especially with a lukewarm subplot around the nerdy pupil Gretel (Tijan Marei).

The film settles instead for a predictable if entertaining spy plot with Thomas. He sneaks about the school, takes secret photographs, and flees the local bobbies – eventually earning a Wanted poster with a remarkable likeness on the front. He even crosses Nazi sympathizers and double agents in his path, leading him across the rolling countrysides of East Sussex. 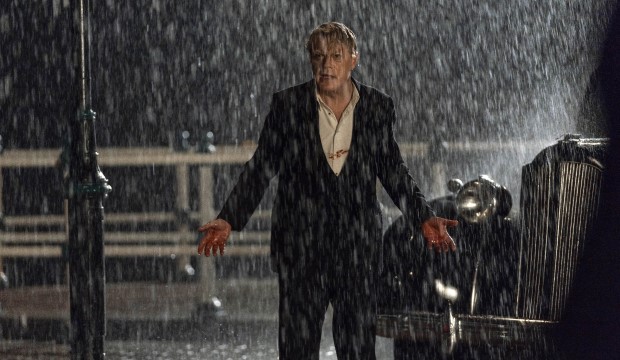 The second half serves as a cat-and-mouse thriller, with Thomas being chased away and then assisted by a bus-driving Jim Broadbent. These sections have a classical, near-nostalgic quality to them, but they feel too much from a different era – rarely attempting anything new.

Like the recent Simon Stone film The Dig, Six Minutes excels in creating that looming pre-war atmosphere: quietly anxious and scarily purgatorial. This critic wonders if this is the start of a trend of movies set in the late 30s, spilling with muted doom and echoing the uncomfortable times we're living in.

Although we’ve probably heard Neville Chamberlain's radio declaration of war too many times in cinema, the impact still grips you in the possibility of a repeat scenario. Six Minutes isn’t daring enough to reach beyond its peculiar premise, but the eerie and foreboding tone evokes those worries of a fascist future.