Costume design is not fashion, and yet the two often converge to create some of the most memorable and talked-about on-screen appearances 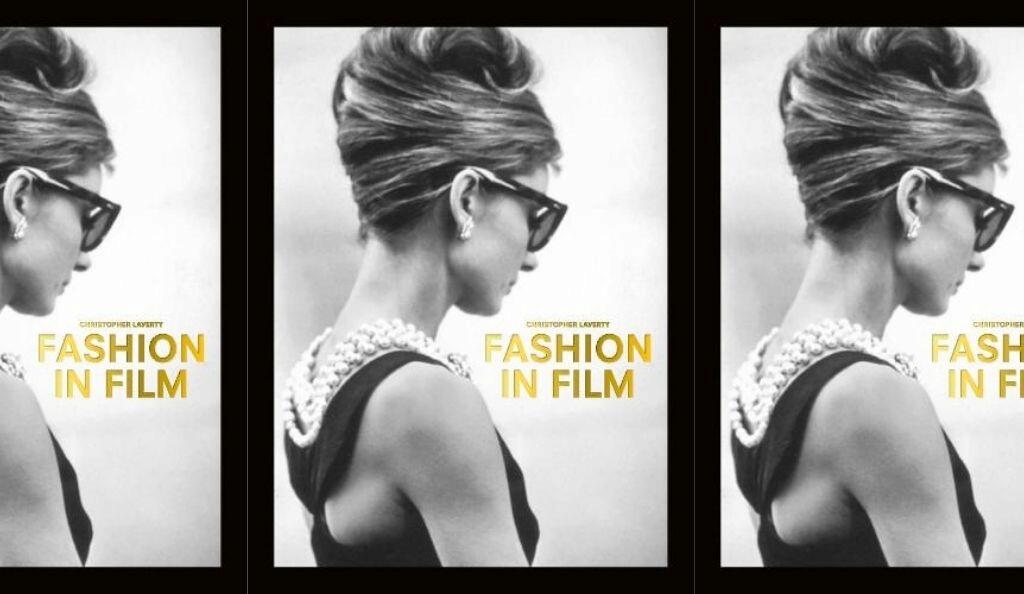 Fashion in Film, Christopher Laverty
When you think of fashion and the film industry your mind may automatically go to the red carpet, that seemingly endless parade of famous women in frocks designed to capture the imagination, splash on a front page, spark a conversation and hopefully shift some product for the designer involved.

Even with most red-carpet events proper paused by the pandemic, the current awards season has still given us plenty of fashion moments, with extravagantly dressed stars in hotel rooms or their own homes dialling in via Zoom.

And fashion itself is having something of a cinematic moment, as designers use video to varying degrees of success in order to showcase the autumn/winter 2021 collections in lieu of the usual in-person catwalk show.

For those who can strike the right balance between documenting designs and selling a dream it could prove to be a powerful move: while some of the biggest brands rack up millions of views for their own short films, the influence that comes with infiltrating the movies can reap huge long-term rewards.

Just ask Giorgio Armani, whose costumes for American Gigolo not only helped launch his fashion career but also an enduring relationship with the movies, and their stars.

There's a long line of fashion designers whose work has featured in the movies (Prada's collaboration on Andra Day's costumes for The United States vs Billie Holiday being one of the most recent in a long line that stretches back via Armani and Hubert de Givenchy for Breakfast at Tiffany's) and author Christopher Laverty has chronicled many of these collaborations in his book Fashion in Film, newly published in paperback.

But it's a relationship that can be fraught, with both fashion and costume designers having experienced the fallout from unmet expectations and the changing world of film-making.

For their part, fashion designers are becoming broader in scope in their creative endeavours, titles of 'creative director' or 'artistic director' involve a whole world of brand-building that involves everything from Instagram to store design to choosing a 'face' of the brand. Not to mention the creation of the collections themselves.

So is that why it seems that fewer designers are now crossing over into working with film makers? 'I'd not necessarily say fewer [are doing so] but their involvement is less,' says Laverty. 'Whereas at one point a fashion designer would be hired to costume a whole film, such as Jean Paul Gaultier for The Fifth Element, now it seems fashion designers only provide for leads, and even that's normally off-the-peg or adapted from a previous collection.'

Take that Prada collaboration for Billie Holiday, says Laverty: 'it was the film's costume designer Paolo Nieddu who designed the show-stopping pink dress worn by Andra Day as Billie. Most of Prada's input came from archive creations that Nieddu pulled from their 2012 collection.

'For fashion designers to create for a whole cast, it's an alien way of working for them. They are used to building purely their own vision, but on a film it's a collective vision and, perhaps understandably, this does not really appeal.'

The collaborative nature of the undertaking is something that Laverty sees as a turn-off for many fashion designers: 'Most occasions a fashion designer is brought on a film by the lead actor. Costume designers are rarely very happy about working with fashion designers because the craft is very different, despite any surface similarities.

As both fashion designer and film director, Tom Ford has a unique perspective on the way both worlds intersect. Telling AnOther of his experience working with costume designer Arianne Phillips on his directorial debut A Single Man, Ford said: 'Running a costume department for a film is entirely different than designing clothes for a catwalk and I think that Arianne did a brilliant job.'

The need to retain a visual signature while interpreting the vision of a director is a difficult task: 'Gaultier is someone who truly understood the dynamics of making for film and yet still managed to retain his house style,' says Laverty, of the French designer's work on The Fifth Element.

Gaultier reportedly created over 1,000 looks for The Fifth Element, many of which remain seared on the collective consciousness more than 20 years after its release. As movie genres go, sci-fi allows for some of the most creative and enduring visual languages whether the work of fashion designers such as Gaultier or Paco Rabanne for Barbarella or costume designers such as Kym Barrett of The Matrix movies or Ruth E Carter for Black Panther. And it's a genre that Laverty sees playing a role in the comeback of the cinematic experience post-Covid.

'Spectacle will be a big thing,' says Laverty. 'As cinemas open up again, studios know that the only way to get us back into them is with something bold and impressive. Mainly this translates to contemporary action movies but I think sci-fi will be popular too, mainly because it’s the ultimate "escape" genre – it takes us places we want to go but can't.'

Away from the scale of the cinema screen, Laverty thinks that our connection with the visual language of a film intensifies when viewing a film at home: 'We scrutinise the small screen more than the big. We can see close up, right in front of our eyes so very little escapes our attention. In this way costume designers can do more to develop their language and how they communicate the meaning of their outfits. Colour is a major factor on the small screen. It pops and draws attention away from our phones. I Care a Lot, specifically Rosamund Pike’s character, is an excellent recent example of this.'

The world of film-making is all about magic: not only in creating transporting stories for the screen but also maintaining the illusion of just how the feat is achieved. Which perhaps explains just why so little is truly understood about costume design. While creating a whole new world is by no means an easy task, just as tricky can be reflecting the real one in a way that is timeless enough to stand up beyond the attentions of contemporary audiences.

It's perhaps why period and science fiction productions with their flights of fancy or otherworldly ideas usually dominate when it comes to awards recognition.

Laverty is cognisant of this when asked his predictions for the Oscar for Best Costume Design: 'It does not stand a chance because it’s contemporary but I would love to see Jeffrey Kurland get a nod for Tenet. Not just because it was one of the only films to even make it into a cinema over the past year but because it’s about the most beautifully tailored cast I’ve seen in a decade (probably since Nolan’s Inception to be honest, which also didn’t receive a costume nomination). It’s not just sartorially lush for the sake of it though; the costumes in Tenet fit its world and its characters perfectly.'

Perhaps another of his predictions will come to fruition though: 'I'd love to see Akhil Nagpal of AKHL working in film. He uses a lot of upcycled material and while I cannot practically imagine a whole cast costumed in this way, certain characters, possibly those that represent his sustainable approach, could be. Again, this taps nicely into sci-fi with Nagpal’s industrial though wearable looks fitting a real-world approach to the genre.'