Highlights from the digital fashion shows for autumn/winter 2021 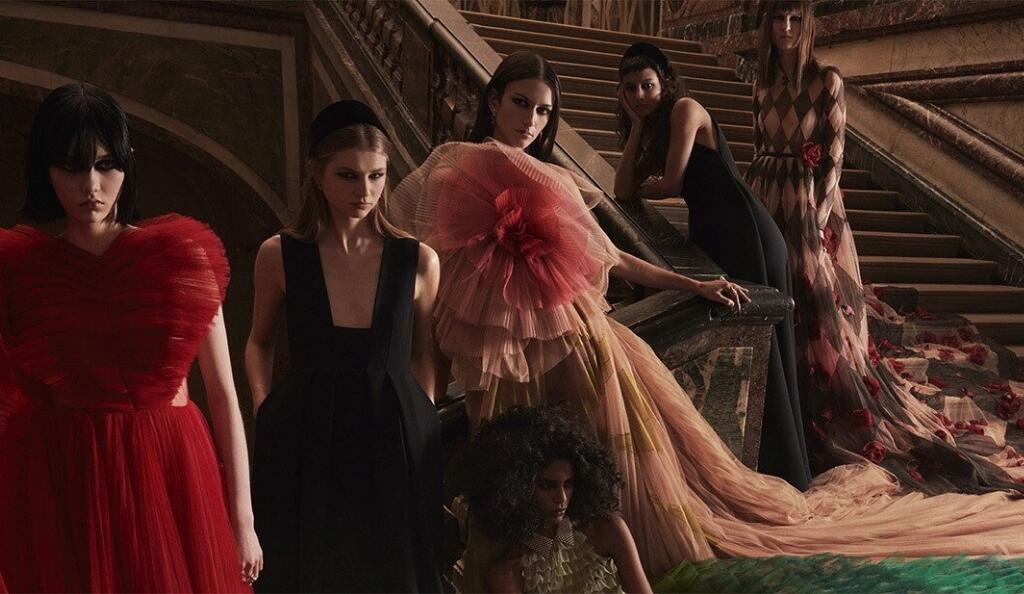 Dior AW21 ready to wear
When 'fashion month' began in February 2020 nobody in the industry knew that it would stutter to an end in the early days of a global pandemic. What began as a whisper of concern built to a crescendo of fear: some shows were cancelled and shown instead to empty venues, masks became a must-have by the end of the month and there was a sense of panic among the assembled fashion industry folk, many of whom were far from from home and eager to return.

Since then, the fashion show has gone on. In September a mixture of socially-distanced live and digital events took place. But as variants spread and lockdowns returned the latest round of shows were almost wholly virtual, a challenge to which many designers admirably rose.

As a month of autumn/winter 2021 fashion shows draws to a close, it's time to look back at some of the highlights.

Firstly, what is a digital fashion show? Well, that depends who you're asking. Many designers chose to stage a fashion show and film it, including but not limited to Pierpaolo Piccioli at Valentino, Kim Jones at Fendi, Rick Owens, Gabriela Hearst at Chloé, Simone Rocha, Emilia Wickstead, Erdem, and Riccardo Tisci at Burberry.

Of course, as with the visual language of their clothes, designer approaches varied. From using the real world as a catwalk (Rick Owens at the Lido in Venice, Chloé on the evening streets of Saint Germain, Paris) to austerely spotlit collections shown in empty venues (Erdem, Valentino) there were variations on the theme.

Continuing with a same-same-but-different catwalk presentation can be interpreted as an acknowledgement that things are not normal right now, interwoven with a desire for deliverance.

They can also be used as the starting point of a conversation: literally so in the case of Prada, who, post show, livestreamed a discussion between co-creative directors Miuccia Prada and Raf Simons with Marc Jacobs, Rem Koolhaas (the architect and set designer responsible for Prada's stagings) and Lee Daniels (the filmmaker behind The United States vs Billie Holiday, for which Prada provided costumes) among others.

In the hands of other designers, a digital fashion show became an opportunity to explore the narrative side of fashion, bringing their mood board to life.

At London Fashion Week, this was artfully done by Roksanda, who captured Vanessa Redgrave, her daughter Joely Richardson and Richardson's daughter Daisy Bevan on iPhone at Richardson's country home, and by Tolu Coker who staged a mid-century sitting room party typical of the African diaspora in London for her 'SORO SOKE: Diaspora '68' collection.

More experimental, but with mixed results was Matty Bovan's digital short, which used strobe glitching that provided a textural layer and energy that encapsulated his exuberant and progressive designs but also obfuscated them almost entirely.

Thom Browne creates large-scale immersive and often surreal sets for his fashion shows, so it's little surprise that he too jumped on the chance to tell a story in a new way.

His surreal black and white short encompasses CGI elements, references to the Wizard of Oz and former competitive skier Lindsey Vonn slaloming around masked models as we all think about what home now means to us.

In a flex of financial might, Maria Grazia Chiuri's Dior presentation encompassed contemporary dance, a narrative film element and a live-streamed catwalk show in the Hall of Mirrors at Versailles. While no doubt atmospheric, the dim lighting design on the catwalk meant that the collection couldn't be seen in its true glory.

Digital fashion presentations are an imperfect art form (but then so too is the catwalk show, and even the collections that are shown therein) and subjectivity abounds about what makes a success. Is it more important to understand the mood of a collection or be able to see details such as an embroidery or fabrication? Will a languid focus on a few frocks be more captivating than a frenetic parade of a whole collection?

Another question is just who are these films for? Burberry and Prada have so far each racked up more than 3million views on their respective YouTube videos, Valentino 2million. The London brands are minnows in comparison, many of them reaching a few thousand views, with the likes of Molly Goddard comparatively blockbuster with over 70,000 views.

Just how important are those numbers, really? There's an idea that this is an opportunity to democratise the fashion show: with luxury brands inviting the general public to take a 'front row seat', with a 'more the merrier' attitude but how true is that?

At Loewe, Jonathan Anderson not only walked viewers through his collection (an in-person privilege usually reserved for a small elite of influential critics and editors) but created a newspaper to be distributed en mass to readers of international broadsheets. Alongside the images of the new collection readers will find an excerpt from Danielle Steel's new novel, The Affair. Steele is a surprising literary partner for the notoriously esoteric Anderson, but it is the fact that she is so prolific that he praises.

And it throws up an interesting question of fashion as a form of entertainment, like a novel, a film, a bingeable TV series. A year in to the pandemic most of us are totally Zoomed out and running out of options on Netflix and its ilk; turning our attention elsewhere is no doubt appealing, particularly when the media has been further spliced and trimmed into an Instagram-ready dose of distraction.

But is there a danger that viewing fashion in this way will create a disconnect, one that further turns fashion into something we consume at a distance but never actually put in our shopping baskets? Only time will tell, but let's hope not as the best fashion deserves to be seen on the streets as well as on screen.