In the fashion calendar, February marks the advent of autumn/winter with a month of catwalk shows across New York, London, Milan and Paris dedicated to showcasing the new collections so that retailers can place their orders and magazines can get started on the editorials you'll be flicking through in the months to come.

But a fashion industry disrupted by coronavirus travel restrictions, social-distancing measures and factories converted to PPE creation means the show must not go on.

Or does it? Read on for what to expect from the new round of digital fashion shows. 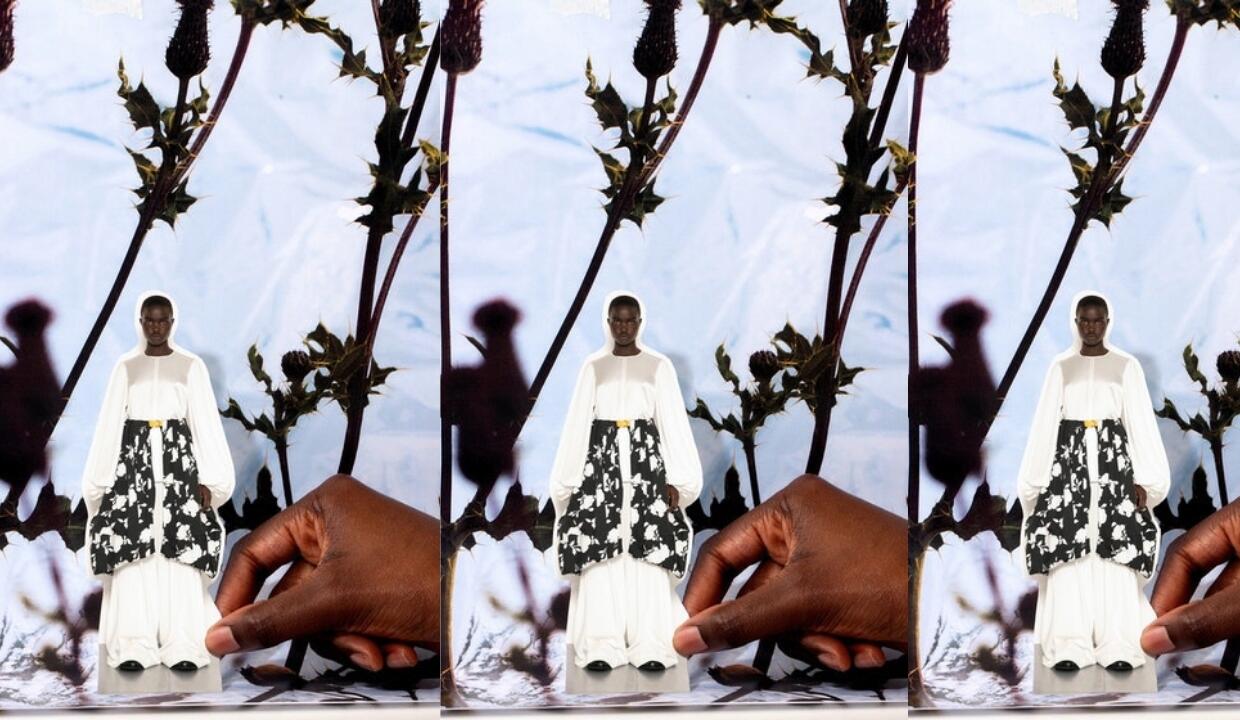 Fashion month was in flux long before Covid. The biannual circuit of New York, London, Milan and Paris has evolved from an industry-only, behind-closed-doors affair to what can sometimes seem like a series of social media moments choreographed for designers, models, celebrities, influencers and associated fashion-adjacent brands and hangers-on.

In recent years the focus has shifted from the clothes appearing on the catwalk to a multitude of other elements: set design, soundtrack, casting choices, a celebrity-packed front row all help create buzz that, on occasion, can drown out the impact of the collection itself. (Although anyone who thinks that visual feasts are purely an advent of the Instagram age would do well to revisit the couture shows of John Galliano for Christian Dior.)

While our seemingly insatiable appetite for street-style images has changed the visual reporting of fashion weeks by documenting the goings-on outside the shows as closely as those on the catwalks.

And the plague of catwalk copies ripped off and produced before the real thing can be released led to many designers experimenting with 'see now, buy now' collections, attempting to retrofit them into established calendars and schedules.

Not to mention the costs associated with creating a fashion show that is over in minutes: invoices in the thousands can be racked up on models, hair, make-up, lighting, soundtrack, venue, security, catering, seating, before taking into account the clothes themselves. Such expenditures put huge financial pressures on young brands, many of which have begun to eschew the system and operate direct to consumer.

Now, as Covid has largely caused the fashion world to press pause on in-person events and the sort of cheek-by-jowl seating that would cause an epidemiologist sleepless nights, it was inevitable that brands would rise to the challenge of designing a new fashion week for the digital frontier, encompassing fashion films, interviews and live events in order to communicate ideas for the new season in innovative ways.

But just what's in store? Read on for the highlights to look out for over the next few weeks.

New York fashion week is known as home to some of the biggest brand names in fashion. Marc Jacobs, Tommy Hilfiger, Michael Kors, Calvin Klein and Oscar de la Renta may not share aesthetics or business models, but they have the sort of name recognition that transcends the industry.

But in the wake of 9/11 in 2001 and the global financial crash of 2008, a younger cohort of designers has been able to emerge from the long shadows of those household names.

The same appears to be true right now: many of the bigger brands can afford to take a pause from the show schedule without worrying about dropping off the radar entirely, making way for a host of emerging names. Noteworthy rising talents include Maisie Wilen, Geoffrey Mac, Kimberley Goldson and Negris LeBrum.

In a show of support that transcends the titular geographic and chronological boundaries of NYFW, the CFDA has this season announced a new way of presenting its schedule. 'The American Collections' schedule will now include American designers showing 'off calendar and abroad'.

Tom Ford, Chairman of the CFDA, explained: 'The events of the past year have only highlighted the need for flexibility within the fashion system.

As well as appearing as live streams on brand websites and social media feeds, events will be broadcast on the Runway360 platform from the Council of Fashion Designers of America. 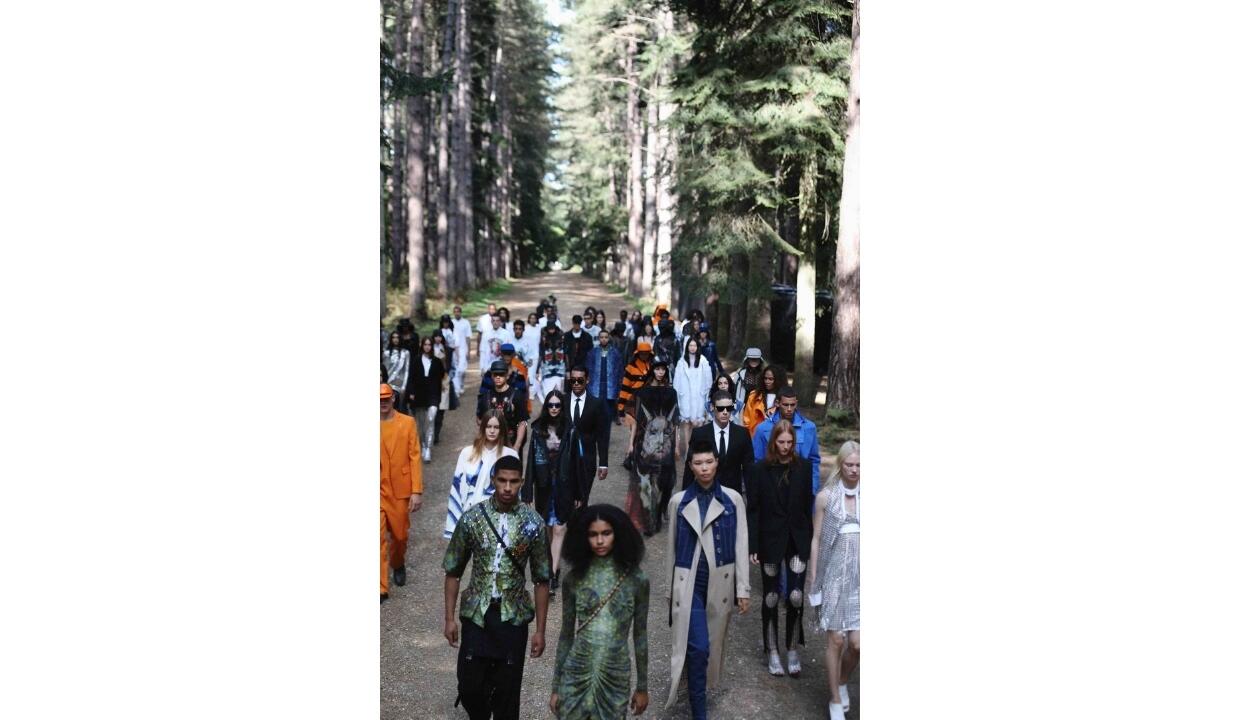 Last April, the British Fashion Council (BFC) announced that the existing men's and women's London Fashion Weeks (LFW) would be merged into one gender-neutral platform for the next 12 months.

Taking the coronavirus response one step further, June saw the launch of LFW as a digital platform accessible by both industry professionals and interested consumers.

Storytelling is key to the new format, according to Caroline Rush CBE, chief executive of the BFC, who stressed that this is an opportunity to share more than just new collections: 'we hope that as well as personal perspectives on this difficult time, there will be inspiration in bucketloads. It is what British fashion is known for.'

Showcasing the breadth of the London fashion offering, the official five-day schedule is packed with events to get excited about.

So what should you expect? Some brands may have new collections to present, others will be sharing creative assets and interpretations around current collections. Collections new or not so new, there will be plenty of behind-the-scenes footage, interviews, zine launches, digital presentations and even parties.

The fashion brands of London (with a few notable exceptions) lack the financial clout of those in other cities, and as such are used to devising ways to make a big impact on limited resources. Taking the show on the digital road is unlikely to change that plucky ethos, and in fact will no doubt cause designers elsewhere to rethink their own approach to sharing ideas in the future.

London Fashion Week, Friday 19 to Tuesday 23 February 2020, can be accessed here. Read on for the Culture Whisper pick of events.

10:10am DiscoveryLAB presents: SABIRAH by DEBORAH LATOUCHE in collaboration with Toni & Guy

11am Palmer//Harding 'I Love You' collection film launch

10:30AM DiscoveryLAB Presents: MASHA POPOVA in collaboration with Toni & Guy