Lee Daniels' biopic examines the last 10 years of Billie Holiday's life, as she endures addiction, abuse, and a conviction by the US government. Andra Day stars

It's a common procedure for biopics to embrace other genres, but it’s not always successful. In the mismanaged case of The United States vs. Billie Holiday, screenwriter Suzan-Lori Parks and director Lee Daniels absorb an undercover narrative from the life of the famous jazz singer.

As a bizarre result, the film often veers away from Holiday (Grammy-nominated Andra Day) and pulls focus onto the Black federal agent Jimmy Fletcher (Moonlight's Trevante Rhodes) instead. He played a vital role in her imprisonment in 1947, and apparently fell in love with her. 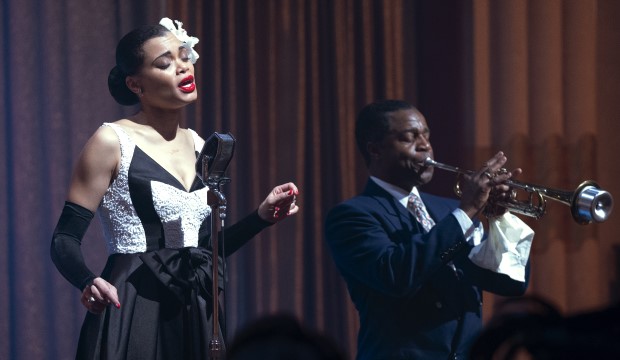 Harry Anslinger (Garrett Hedlund) is the chief villain of the piece, as first commissioner of the Federal Bureau of Narcotics. He wants to silence Holiday for her anti-lynching song Strange Fruit, believing it corrupts the minds of moral Americans. Fletcher is the ideal agent for the task because of his race.

Considering Holiday is a heroin addict at this time, she’s easy prey but won’t go down easily. In one defiant scene, she sings the song at a club with many men in blue standing, ready, at the back. She’s pulled away.

Her relationship to Strange Fruit is the most interesting part of this story, but Parks and Daniels cut away. They don’t examine the integral influences that formed the song, nor Holiday’s personal tether to it. The alleged romance between Holiday and Fletcher appears to be of greater interest to the filmmakers, despite stemming from speculation.

Holiday's disturbing early life is mostly relegated to quick speeches. One scene flashes back to her childhood, enduring a fraught relationship with her mother, but there’s little of any great substance. There are violent moments in the film that shock you, that show the brutal oppression towards Black men and women, but you can sense Parks and Daniels holding back – lifting the weight of Billie Holiday's potential daring. 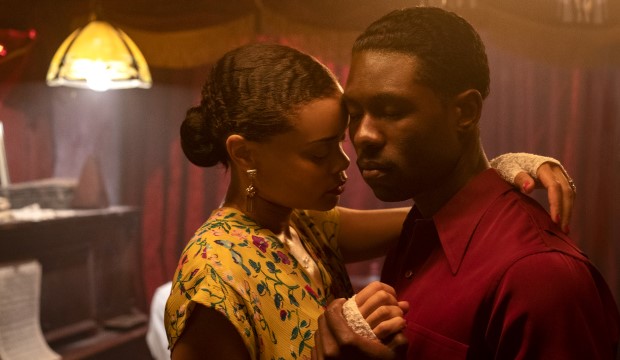 You also get the disappointing impression that Daniels has no attention span when Holiday performs. These scenes, among others, crash into waves and waves of post-production cross-fades and colour-changes – clunkily thrown together in dreary and delirious montage sequences. They’re often cut with rough sex and heroin jabs, as if the beauty of the songs and the singer isn't enough.

In these moments, Daniels weirdly retreats from Day’s incredible performance, despite being the most memorable aspect of the film. She’s one of the few reasons to stick around till the end, and could provide the movie’s only Oscar nomination.

The United States vs. Billie Holiday has fun in its post-war party atmosphere, moving through the haze of smoke and coloured lights, but many curious details of Holiday's life are left out. Search online and more is revealed in a few paragraphs than the two hours this film staggers through.

The United States vs. Billie Holiday is available on Sky Cinema from Saturday 27 February

The United States vs Billie Holiday