1 CW reader is interested
Pinocchio (2020) film review 3 Pinocchio (2020) film review Euan Franklin
Nope, not the Disney remake that’s (supposedly) coming out next year. In this precarious era of constant, constant live-action Disney remakes, the lethargy only exacerbates when other studios have a go. For example: Jon Favreau’s The Jungle Book (Disney) coming before Andy Serkis’s Mowgli: Legend of the Jungle (Netflix) secured a lukewarm reception for the latter.

Lucky news, then, for the latest Italian adaptation of Pinocchio, which comes a year before Guillermo del Toro's official Disney remake and follows the darker, pre-Disneyfied original novel by Carlo Collodi. The advantageous timing allows director Matteo Garrone some wiggle room for success in his version which, despite lacking a vital childish energy, wields a creepy visual power. 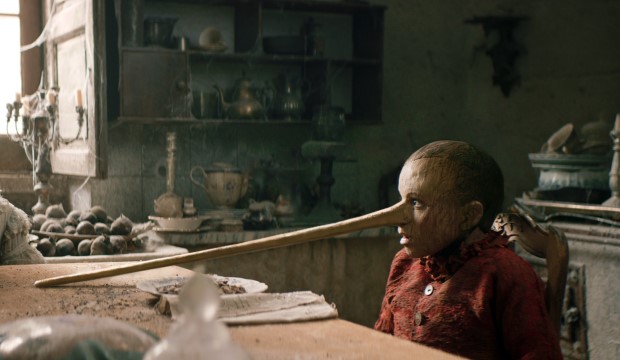 This Pinocchio bursts with beautifully illustrative, live-action visuals; Nicolaj Bruel's cinematography pushing into tangible realisations that'd fit nicely inside a Grimm fairytale. The adventurous script by Garrone and Massimo Ceccherini plods along episodically as Collodi’s little, wooden, wannabe child – made from a magical log by a penniless Geppetto (a mostly wasted Roberto Benigni) – runs with abandon between strange Italian lands.

Mark Coulier and Rachael Penfold’s design for Pinocchio can't be praised enough: carefully carved, if a little frightening. You can see every ridge of Geppetto’s craftsmanship, the CG realism competing with the Hollywood standard.

But these visual merits, certain to affect even the most strident of realists, become weirdly mundane in the absence of a likeable hero. This is nothing to do with Federico Ielapi’s shrill yet engaging performance as Pinocchio, but with Pinocchio as a character. He's irritating enough to want to throw in the fire. Any fire, as soon as possible, just to make those obnoxious squeals stop. 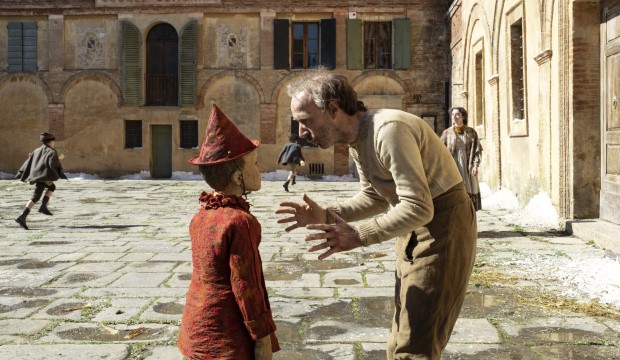 Much of the story's moral heart immortalised by Disney is dissolved; there’s no Jiminy Cricket conscience here – or not much of one. Why should we care about this raucous, idiotic puppet when he’s so annoying?

Pinocchio’s moral direction is eventually guided by The Fairy, cheekily played by Alida Baldari Calabria in youth and by a luminous Marine Vacth in adulthood. Scenes between her and Pinocchio are among the most enjoyable, showing a genuine friendship instead of something more maternal. When they play inside an abandoned house, Garrone and Ceccherini gel together with childlike fun and kooky fairytale surrealism – a union that's strangely scarce in the film.

The script and the direction have an exhausted feel of just getting through the story, stepping from bleak beat to bleak beat without much mirth in between. Even the most horrific scenes lose their entertainment potential, presumably to retain their family audience. Garrone’s Pinocchio has an interesting face, but a wooden heart.

Pinocchio is released in UK cinemas on Friday 14 August