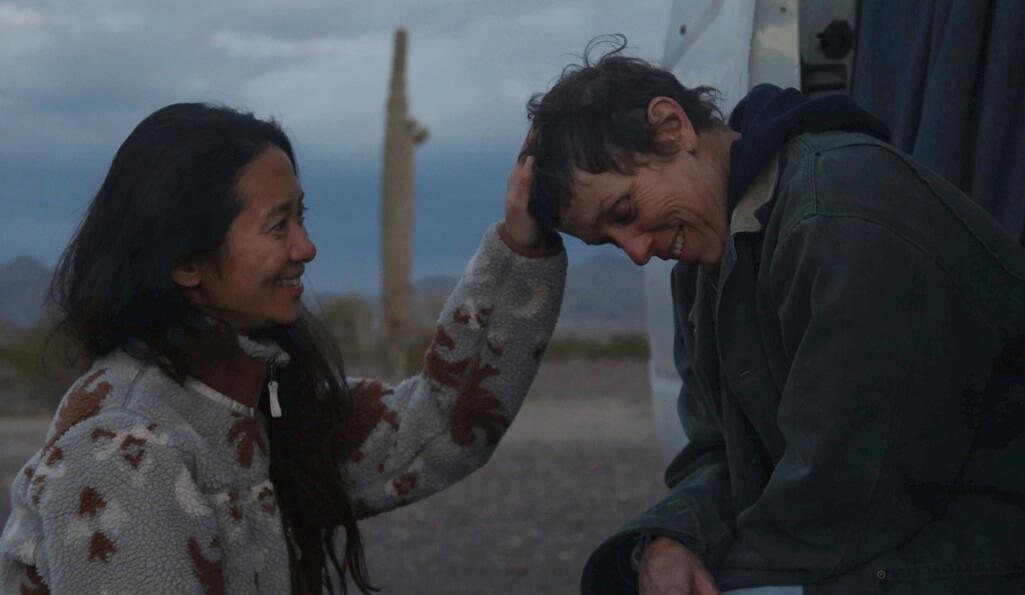 This picturesque examination of nomadic life in the American West is currently the favourite, following a successful global premiere at the Venice Film Festival. Director Chloé Zhao (The Rider) adapts the non-fiction book by Jessica Bruder, and uses fictional traveller Fern to move through that remote world.

Frances McDormand won her third Oscar for her performance as Fern, and Zhao became the second-ever woman to win the Best Director Oscar (and the first woman of colour to win, too). Joshua James Richards was robbed of the Best Cinematography Oscar, with his vast, beautiful and rural visuals.

Hollywood loves movies about Hollywood, so it's no surprise that David Fincher’s black-and-white passion project, about the writer of Citizen Kane, received the most nominations. The directing is innovative, returning to the common style of performance in the 30s (when the film is set). The Oscar-winning cinematography glistens in monochrome. And Gary Oldman’s central performance as Herman J Mankiewicz is predictably outstanding.

The Get Out stars Daniel Kaluuya and LaKeith Stanfield reunite for this French Connection-inspired political drama Judas and the Black Messiah. The story follows Black Panther member Fred Hampton (Kaluuya), who was killed by law enforcement in 1969. He was betrayed by William O’Neal (Stanfield), who befriended Hampton and infiltrated the Panthers. Kaluuya predictably won his first Oscar for the performance.

According to Variety, the film was incredibly difficult to make. Many studios, including the risk-takers at Netflix and A24, passed up the opportunity because of the budget and subject matter.

Despite the favourite nominee being the late Chadwick Boseman, Anthony Hopkins (The Silence of the Lambs) deservedly won for his performance in The Father. Florian Zeller’s daring dementia drama unfolds with vividly cinematic direction and elliptically intelligent writing, winning for the latter.

Darius Marder’s debut feature film explores the experience of a heavy-metal drummer (Riz Ahmed) who suddenly loses his hearing. He starts to break down, leaning on his bandmate and partner (Olivia Cooke) before going into rehab. Abandoning any hope of recovering his hearing, he now has to find ways of coping with that loss.

Riz Ahmed made history as the first Muslim to be nominated for Best Actor, but was unsuccessful. The film scooped wins for Best Sound and Best Editing.

The late Chadwick Boseman was the favourite to win a posthumous Best Actor Oscar for this absorbing adaptation of the August Wilson play. But Anthony Hopkins was a tough one to beat. In Ma Rainey's Black Bottom, Boseman explodes with energy across the screen as a young, smug and ambitious horn player. Davis plays the blues diva Ma Rainey as she records her latest album.

Their performances compete against each other at every turn. And although the film is a bit stagey, watching these gripping actors at the height of their powers is an endlessly immersive experience.

This 80s family drama from Korean-American director Lee Isaac Chung sparked some controversy back in December. When the Hollywood Foreign Press announced its Golden Globe considerations, they placed Minari in their Best Foreign Language category – thus excluding it from the top honours. Although much of the film is spoken in Korean, the story is based around an immigrant family in the States. It’s also produced by the American company Plan B Entertainment, which was co-founded by Brad Pitt.

The Academy’s decision to rename the Best Foreign Language Oscar as ‘Best International Feature’ has allowed Minari to compete in all the major categories. But the film only won one Oscar in the end, with Best Supporting Actress awarded to the vivid and brilliant Yuh-Jung Youn – playing the eccentric grandmother.

Killing Eve showrunner and The Crown actor Emerald Fennell writes and directs this #MeToo revenge drama. Carey Mulligan (previously nominated for 2009’s An Education) stars as Cassie, a woman who deliberately lures suspicious, rapey men into a false sense of security and fulfils her vengeance. But she seeks out the males who are, apparently, ‘nice guys’ – the ones who outwardly want to help, but inwardly want to cause harm.

The Oscars winners/nominations in full:

Judas and the Black Messiah

The Trial of the Chicago 7