The film brims with a Riot Grrrl punk spirit, making this critic want to read a zine and smash the patriarchy. But there are many missed opportunities here. The script avoids a lot of much-needed humour and, in place of nuanced characters, moves through many thinly drawn representations.

16-year-old Vivian (an enjoyably introverted Hadley Robinson) has passively accepted the sexism, misogyny and toxicity that boast their way across her high-school. She lives in a closed-off existence in an indeterminate location, seemingly separated from the rest of the world (reminding this critic of the setting in Sex Education). Enter Lucy (Alycia Pascual-Peña), a new and outspoken student who rallies against every macro- and microaggression, no matter the responding scrutiny she receives.

Vivian becomes inspired by Lucy's personality as well as that of her mother Lisa (Poehler), a former activist. After an offensive ranking of female students is released on social media, she decides to anonymously distribute a zine, Moxie, to highlight the school's pervasive inequality. 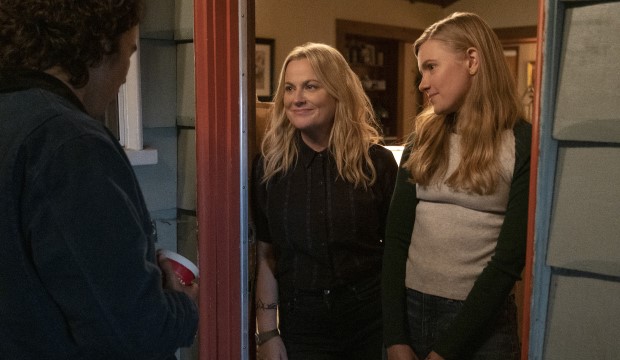 This plot is admittedly thrilling throughout, giving these voiceless girls the courage to scream and not submit. Personal stories begin to develop, ranging from emotional abuse to rape. They also look at the intersectional areas in feminism: embracing race, sexuality, and disability.

But despite the respectable diversity, it’s scattered into several reductive and under-explored characters. Screenwriters Tamara Chestner and Dylan Meyer leave these important topics to brief and unconvincing dialogue, often said out of nowhere. The filmmakers clearly had more to say about these characters, but two hours isn't enough time to examine them properly. A limited Netflix series might’ve suited the ensemble better, the performances vivid but wasted for the runtime.

Jokes either don't land or don't exist, which is strange considering how funny Poehler is. Her direction is relaxed in its pace, rejecting a quicker, wittier style that high-school movies thrive in. One scene has Vivian and her anxious best friend Claudia (Lauren Tsai) walk-and-talk through a house party – unfolding, unsuitably, like a repressed scene from The West Wing.

Perhaps Olivia Wilde set an impossibly high benchmark when she made Booksmart in 2019, but much of the anticipated rhythm is curiously absent from Moxie. Luckily, the supporting fervour of feminist revolution always saves the film from boredom.

Moxie is available on Netflix from Wednesday 3 March