In To Olivia, Hugh Bonneville and Keeley Hawes star as Roald Dahl and Patricia Neal, who endure a devastating loss and try to move past it

The film ticks all the standard boxes. As Roald bonds with Olivia, they construct fantastical tales on their way to the shop. He buys her chocolate bars and gobstoppers – functioning as little allusions to Charlie and the Chocolate Factory, as yet unwritten. The strolls are lovely to watch in their familial chemistry. You also see Roald scribble in his famous shed, letting spectral versions of his characters guide his process.

But Hay and co-writer David Logan never lean in to take a closer look. Granted, these kinds of biopics don’t encourage much more than curious, crowd-pleasing insights (with some incredible exceptions) but the writers don’t satisfy even that. Breaking into the second act, Olivia dies from encephalitis and the camera stays away from all the bad stuff. The nurses even pull the curtain around Olivia’s deathbed, protecting both you and Roald from the trauma. 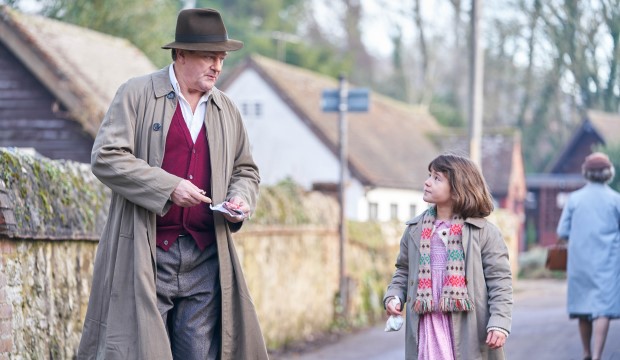 The film shows the wave of grief that cascades over the family, with Roald retreating and locking the emotion tight inside – to Patricia’s frustration. There’s a commendable effort to examine her side and her struggles, raising two kids while her husband keeps his distance.

But much of it feels cursory, and some lines are hard to believe. Early on, she says to Roald, ‘Why can’t you just cry like a normal person?’ It’s an odd line, given the context. Period dramas tend to reflect the time they’re made in, but this was an age when many men hid their emotions. From that point of view, her question doesn't fit. 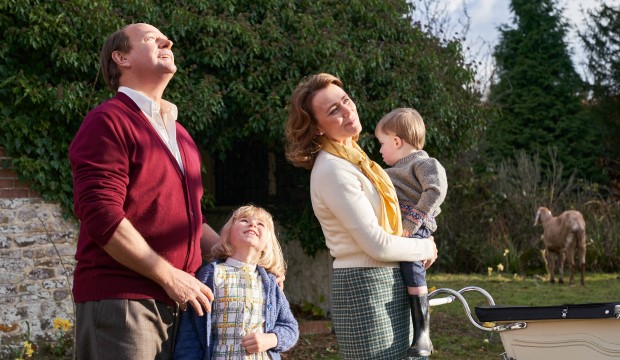 Hugh Bonneville and Keeley Hawes, both darlings of period dramas, carry the lethargy through. Hawes is adequate in her American accent and always wins in her performances, but she’s miscast here and given barely enough room to breathe. Bonneville is a decent Dahl, warming easily to the author's eccentricities and avuncular attitude, but his full potential isn’t reaped. Newcomer Isabella Jonsson, playing the middle child Tessa, is a wonderful find – delivering all the necessary curiosity, fear, and imagination for a child her age.

As ever with a mediocre movie, you wonder why it needed to exist. Although they have the grief of an author and an actress, there’s just not enough to sustain a 90-minute narrative. It’s probably why there's a location-change in the third act, moving to a heavily CGI’d Los Angeles – exploring Neal’s role in the Oscar-winning Hud, alongside an unlikeable Paul Newman (Sam Heughan). If you cut half an hour, To Olivia might have fared better as a one-off BBC special – but even that feels generous to say.

To Olivia is available on Sky Cinema from Friday 19 February