Director Paul Greengrass directs this new Western, following the travelling newsreader Kidd (Tom Hanks) as he escorts a German girl (Helena Zengel) back to her family

In Paul Greengrass’s new Western News of the World, the Confederate veteran Captain Jefferson Kyle Kidd (Tom Hanks) rides across Texas in 1870, reading the news to paying townspeople. Their reactions range from the awestruck to the aggravated. And given the Confederate nature of his customers, the anger tends to prevail (‘Damn those amendments!’).

Kidd rides from town to town: contempt is everywhere, the atmosphere a beleaguered hangover from the Civil War. ‘We’re all hurtin’!’ says Kidd to a sour audience guarded by Union soldiers. Although Greengrass clearly aims to make a traditional Western rather than something more contemporary and revisionist, the parallels with modern-day polarisation in the US can’t be avoided. Especially now that Trump’s out. 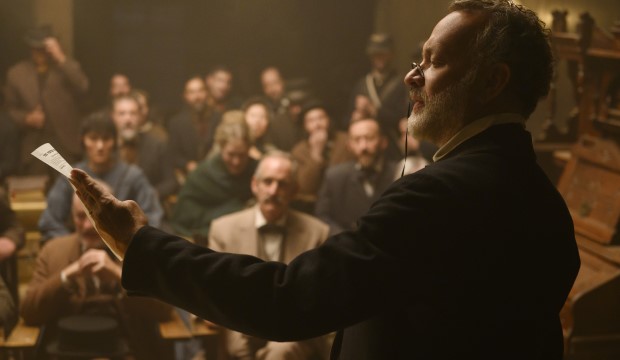 Early in the film, as Kidd travels slowly through desolate landscapes and magic-hour blues, he comes across an overturned carriage. Beyond, there’s a lynched Black man. Within this commotion is Johanna (Helena Zengel), a 10-year-old white girl with a complicated heritage: born to German immigrants but raised by the Native American Kiowa tribe. Her family have been killed, and Kidd reluctantly scoops her up – taking her to distant relatives, who live hundreds of miles away.

The film becomes more about their growing relationship and less about Kidd’s news-reading, the latter being more of a springboard into the story. Much like the dark and excellent comic-book movie Logan, itself inspired by classic Westerns, the dynamic between old man and young girl proves absorbing: starting with contrast and ending with common ground.

Hanks sits comfortably in this familiar nice-guy role, but the trauma and guilt of Kidd's Civil War memories often play quietly across his face. Johanna is a curious, though similarly traumatised, distraction – played by Zengel with stunted but unpredictable grace. News of the World turns into a buddy road-movie, the characters obstructed by language barriers but united by emotional understanding. 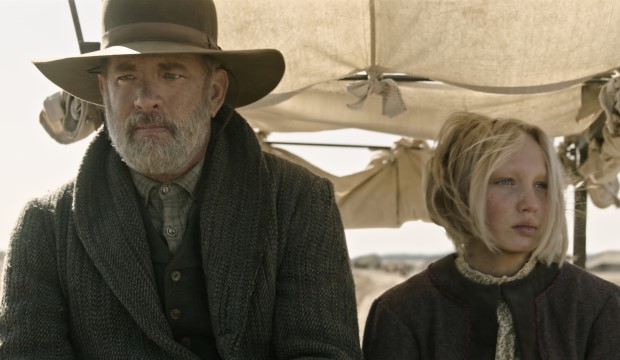 Strangely, there are too few instances where you see Kidd actually doing his job. He prepares each reading like a theatrical performance, possessing the art and poise of storytelling. He's fierce and dramatic in his manner, leaning over the papers with a little magnifying glass, enunciating the news from around the country.

The inevitable fake-news angle comes in, leading to the most prescient moment in the film. A dictatorial town leader threateningly forces his own biased paper onto Kidd, and Kidd democratically swerves to avoid it – appealing to the preference of the audience.

The scene is idealistic, imagining a wider populace interested in real news over falsified propaganda, but it works because both Kidd and Hanks arrest their audiences so easily. This critic craved more of those moments, and it's easy to imagine a limited series examining them in more detail.

But as a road movie across a fractured State, with Kidd breaking out of his solitude and confronting an upsetting past, News of the World is an enjoyably intense ride through such a vast, picturesque landscape. It’s an unexpected direction for Greengrass, known for his documentary-style thrillers like Captain Phillips, but one that proves his eclectic abilities.

News of the World