2 CW readers are interested
Blithe Spirit (2021), Sky Cinema review 3 Blithe Spirit (2021), Sky Cinema review Euan Franklin
This critic has ranted before about theatre-to-film adaptations being doomed to constriction, rarely willing to travel beyond four walls. Intriguing, then, that this recent adaptation of Noël Coward’s ghost comedy Blithe Spirit goes the other way entirely. The original play never left the wealthy Kent household of writer Charles Condomine and his second wife Ruth, who become haunted by the irritating spectre of his first wife.

This version, directed by Edward Hall (The Durrells, Downton Abbey), ventures out to a theatre, to Dover, to Pinewood Studios, to an asylum, and to a cave by the shore. Even the esteemed director David Lean, who made the 1945 adaptation prior to Lawrence of Arabia and Doctor Zhivago, rarely dared to explore beyond Coward's vision.

That doesn’t make this film particularly daring – there are many flaws – but there's a refreshing courage to it. (Adding to and deleting from a classic always needs a degree of bravery.) It escapes the stuffiness of filmed theatre to create an enjoyably silly, farcical, well-to-do British comedy; a colourful romp that exorcises 90 minutes into no time at all. 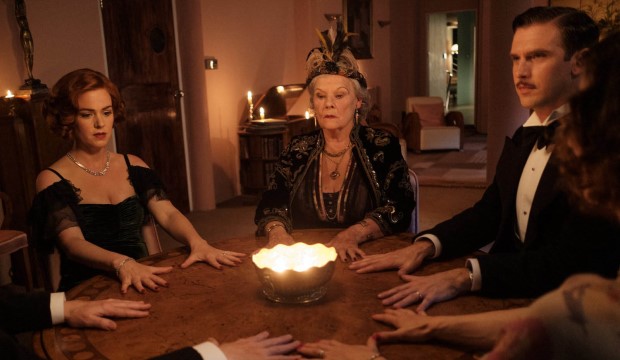 It's set in 1937, with Charles (Dan Stevens) as a struggling author with writer’s block who finds inspiration in Madame Arcati (Judi Dench), a supposed medium. They arrange a séance with a couple of friends, and inadvertently conjure up the spirit of Charles’s dead wife Elvira (Leslie Mann). Charles attempts to juggle both wives, turning into an ‘astro-bigamist’.

In a bizarrely devoted performance, Dan Stevens plays Charles to bombastic brilliance: tensing every nerve and muscle to fulfil the character’s hilarious frustrations. To give an idea: he bangs his head on the typewriter, and literally chews his latest draft.

Like Scott Fitzgerald or Raymond Chandler, Charles is breaking from the books and moving into screenwriting: adapting one of his crime novels for the film industry. The moviemaking subplot is half-baked, but sometimes surprises with a few funny, cinephilic moments. 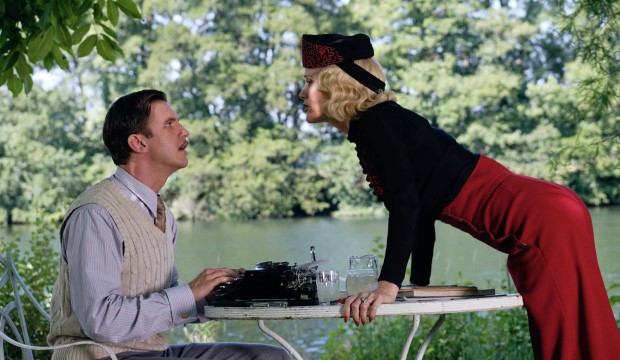 Charles is haunted by the irritating spectre of his first wife Elvira (Leslie Mann). Photo: Sky/StudioCanal

Screenwriters Piers Ashworth, Meg Leonard, and Nick Moorcroft update the story considerably, twisting it to give the female characters some substance. Leslie Mann, often seen in Judd Apatow comedies, is especially vivid: providing sadistic and seductive fun as Elvira, torturing both Charles and Ruth (Isla Fisher, also on top form). After realising her character had a significant hand in writing Charles's fiction, you end up cheering for her.

Although Arcati is constantly straddling fraudulence and mysticism, Dench commands every room she enters. It’s a tough competition between her and Margaret Rutherford, who played Arcati in Lean’s version (the only noteworthy performance in that film). But like Ruth and Elvira, Arcati is better drawn here.

Blithe Spirit still belongs to a different era, even despite the enhancing of sexual enticement, female empowerment, and Jazz Age nostalgia. It's been resurrected for our pleasure, but won't make a deep impact either on earth or in heaven.

Blithe Spirit is available on Sky Cinema from Friday 15 January 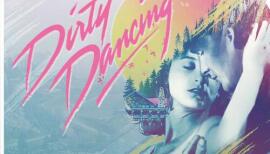 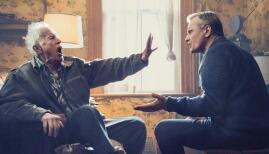