From Julia Ducournau’s Palme D'Or winning Titane to the eerie Haruki Murakami adaptation Drive My Car, here are our favourite movies of 2021 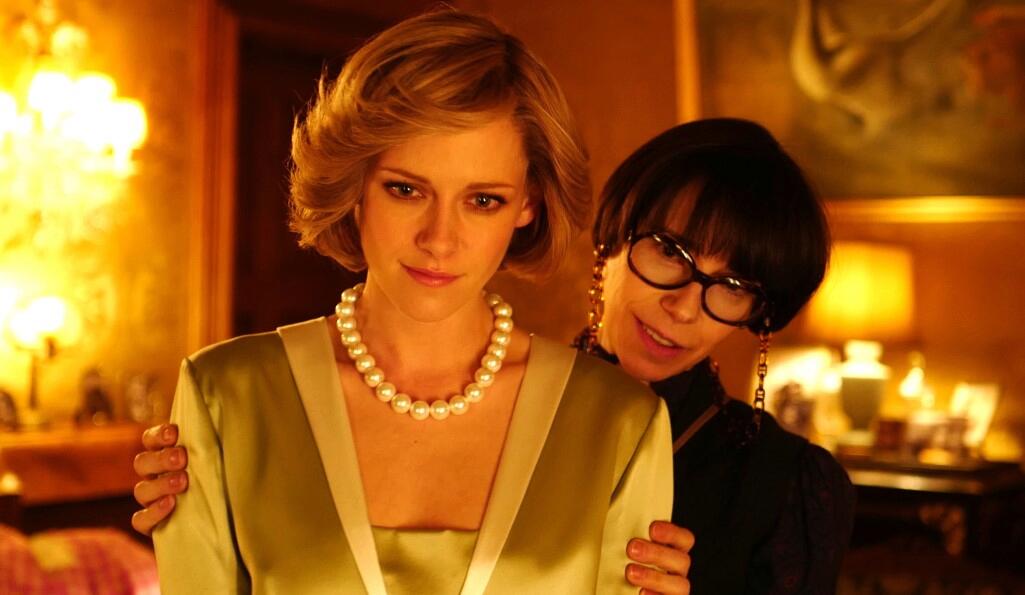 Definitely the darkest film on this list, Titane won the coveted Palme D’Or prize at this year’s Cannes Film Festival. Julia Ducournau’s twisted odyssey through murder, missing children, and car fetishes turns into a penetrative nightmare from which it’s hard to escape. It more than matches her cannibalistic debut Raw from 2016.

Alexia (Agathe Rousselle) is an exotic dancer for nighttime car shows, admired by many. But these affections, largely from lecherous men, become too much to handle and she fights back with extreme consequences. All while harbouring a deep love and sexual passion for cars, developed from an early age by a childhood car crash. She even spends the night with an especially alluring Cadillac.

2021 saw the death of the legendary lyricist Stephen Sondheim, and its ripple effect on the movie and musical theatre worlds is ongoing. Surely, then, there’s no greater tribute than a remake of his first and most famous Broadway musical – directed by one of the great Hollywood filmmakers. Although remakes should rightly be treated with tired scepticism, Steven Spielberg achieves diverse and intimate wonders with his updated version.

The Puerto Rican characters are played by actual Latinx actors, improving upon the brownfacing in the 1961 original. Janusz Kaminski’s camera moves with such unabashed fluidity, finding a new spirit in the music. And some of the adjustments even create a new poignancy for the present-day, chiefly Rita Moreno (who played Anita in the original film) singing a beautiful and upsetting rendition of Somewhere.

After five years of The Crown, dramas about the royals come with certain expectations – especially when Princess Diana is involved. But in a curious collaboration between Jackie director Pablo Larraín and Peaky Blinders writer Steven Knight, Spencer subverts its own genre and even outgrows the facts. This spectral, melancholic, and often surreal film is an anti-biopic of sorts. You understand that most of what happens isn’t what actually took place, but the approach bravely pursues more abstract truths.

The result is closer to The Shining and 1984 than Peter Morgan's efforts, with Diana (Kristen Stewart) spending Christmas with the royals at Sandringham in 1991. The estate is scarily vacuous, overseen by the quietly authoritarian Alistar Gregory (Timothy Spall) whose main objective (it seems) is to repress the princess's freedoms.

7. The Father, dir. Florian Zeller
Available on DVD/Blu-Ray and on digital platforms

Although there are plenty of dementia dramas out there, very few are from the perspective of someone with the condition. Florian Zeller’s emotionally surreal debut The Father places you in one such scrambled mind. Anthony (Anthony Hopkins, who won an Oscar for this role) is an elderly man with dementia, who endures an endlessly confusing journey through his apartment. The rooms start to change, faces of loved ones shift around, and time itself becomes perilously elastic.

Olivia Colman plays his daughter, who cares for him with significant emotional strain – unable to comprehend the depth of his perplexity. Although The Father isn’t strictly a horror movie, the chaotically elliptical narrative plunges you into a frighteningly uncertain state. Whenever the narrative seems to make sense, the connections are suddenly severed. You’re left to decide what happened when, what’s real and what’s not.

Prior to reaching global praise with the astounding Portrait of a Lady on Fire, Céline Sciamma focused on the fascinating lives of children (Water Lilies, Tomboy, Girlhood). With her latest film Petite Maman, she returns to those coming-of-age worlds but now with even younger kids.

Taken largely from the perspective of the eight-year-old Nelly (Joséphine Sanz), the film follows the muted fallout after the death of her maternal grandmother. Nelly’s mother endures her own quiet depression, but doesn’t let on – and even disappears. In the woods behind the house, Nelly finds another little girl of the same age who shares her mother’s name.

The story drifts into a dream-like fairytale that tugs at your heart, capturing the grief of a girl who’s too young to process it properly. And with a succinct 72-minute runtime, Petite Maman shows how much beauty, empathy, and wonder can be achieved in such a short time.

Unlike the happy magic of Petite Maman, Pig dives into much darker areas constructed by grief. At first glance, Michael Sarnoski’s debut resembles a weird John Wick-like action thriller – with a stolen pig catalysing the rage of Nicolas Cage. But despite being an undeniably Cage-y performance, he’s much more repressed here: never giving too much away, rarely smiling, always absorbing.

Cage plays the former chef Rob, now a solitary truffle-hunter in a desolate forest. In the dead of night, Rob's shack is invaded and his truffle-sniffing pig is stolen. With the help of wealthy benefactor Amir (Alex Wolff), they venture into the city to find his four-legged companion. The journey reopens old wounds that Rob would rather have kept shut, exploring the state of grief that led him to his present state. A strange but stirring little film.

Yes, this is the second film on the list that features dementia. But Supernova is much more about the funny, loving, and tragic romance at its core. Colin Firth and Stanley Tucci play Sam and Tusker, a couple holidaying in the Lake District with their campervan – driving through the scenic Cumbrian sights. They have incredible energy and humour, often annoyed and constantly in love.

But behind that happiness is the condition affecting Tusker’s mind and body, his profession as a writer compromised. He’s still perfectly friendly, even making light of the situation. On the other hand, Sam is having trouble coping but is always on hand to help him.

With the focus on the relationship, the film is about the gradual process of letting go while the person is still alive. Firth and Tucci give beautifully personable performances, the former playing to his underseen dramatic strengths and the latter providing a lot of comic relief. You fall in love with them as a couple, which makes their final stop all the more upsetting.

3. Nomadland, dir. Chloé Zhao
Available on Disney+ and on DVD/Blu-Ray

Sometimes it’s enough for a film just to stare at picturesque settings and revel in their beauty. In her Oscar-winning film Nomadland, director Chloé Zhao clearly adores these moments – gracing the screen with wide rural landscapes, following the 'houseless' nomad Fern (Frances McDormand) as she travels across the American West for work.

She takes on several occupations throughout the film. She can’t bring herself to settle down like most other people in society, behind four walls that never move. In her travels, she meets many unique personalities – almost all of whom are played by real-life nomads.

Zhao adopts a semi-documentary strategy for her filmmaking. She constantly reworked the script while shooting, giving the scenes a more organic flavour with very little artifice. Zhao even took elements from McDormand’s life to gel with her character. It’s hard to think of another film that approaches the material with such honesty, empathy, and humanism.

2. The Sparks Brothers, dir. Edgar Wright
Available on DVD/Blu-Ray and on digital platforms

The best musicians you’ve never heard of. Well, maybe you have heard of Sparks – but they’re never placed in the same league as other pop groups, despite deserving it. 2021 has proven to be their comeback year, not only with the Sparks musical Annette directed by Leos Carax but with this new and brilliantly caffeinated documentary by Edgar Wright.

It’s also been a productive year for Wright, who's had two films out: The Sparks Brothers and Last Night in Soho. But despite the former being his first documentary – after a string of entertaining genre pastiches – it is the better movie, and one of his best.

The Sparks Brothers examines the history of the group, poring through all 25 albums from the 1960s to the present day. And although there have been many setbacks in their backstories, including failed movie projects with Jacques Tati and Tim Burton, they never gave up their craft. They just kept going and going and going, always defying expectations.

Don’t let the three-hour runtime put you off, Drive My Car is the eeriest and most human film experience of the year. Examining the practice of storytelling and its wavering relation to reality, filmmaker Ryûsuke Hamaguchi plunges into a muted but immersive world.

Based on the short story by Haruki Murakami, author of many surreal and dream-like works, the film examines the slow and haunting life of widowed actor Yûsuke (Hidetoshi Nishijima). Two years after his wife (Reika Kirishima) passes away, he decides to put on a production of Chekhov’s Uncle Vanya in Hiroshima – with multi-national actors performing in their native languages. Yûsuke needs a driver and the theatre company find the quiet but assertive 23-year-old Misaki (Tôko Miura). Through their hour-long drives, they gradually develop a platonic relationship.

Like the Korean director Lee Chang-dong achieved with Burning, Hamaguchi beautifully captures the strange, translucent spirit of Murakami – breathing mystery into the mundane. You wonder what each of the characters is thinking, what they’re feeling. But you’re kept at a distance, their confusion fusing with your own. Once you settle into this long road trip, you’re permanently strapped in.