On paper, this is an odd choice for Wright. It’s his first non-fiction project after a slew of excellent genre pastiches like Shaun of the Dead, Hot Fuzz and Baby Driver, which are so steeped in their own cine-savvy fantasies. Considering how uninterested these films are in showing any kind of 'truth', is Wright really capable of tackling real-life stories?

Yes, and then some. The documentary film isn't exempt from Wright's genre subversions, which admire the conventions as much as mock them. It's no surprise, either, that he chooses a music documentary – considering the tasteful tracklists that harmonise his other movies. And as well as being distinctly unreal, the spirit of Sparks is rooted in cinema. They're a perfect subject for Wright. 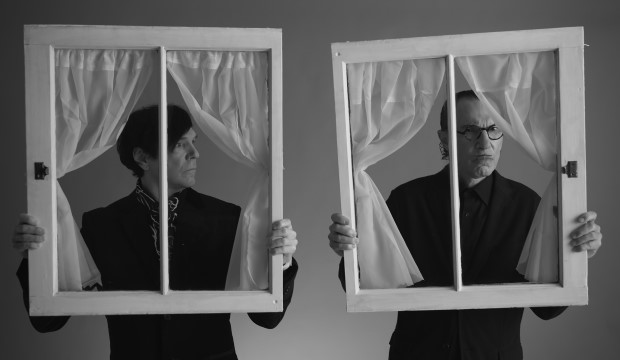 Despite using a wheel-turning format – beginning with backstory and moving through their albums, punctuated with talking heads – Wright stamps his caffeinated mark upon The Sparks Brothers. The opening origins of Ron and Russell Mael are some of only a few emotional insights you’re given.

The interviews are shot in black and white, the subjects centred from the waist up, with Wright often chuckling off-screen. The interviewees range from Duran Duran to Neil Gaiman; from comedian Mike Myers to Gilmore Girls creator Amy Sherman-Palladino; from a jubilant Jonathan Ross to a meta-cheeky Edgar Wright. It's a vast, exciting, and eclectic mix of well-known Sparks fans.

Wright has fun with the interviewee’s lower-third texts, mocking the genre's mundane expectations. Personal anecdotes gestate into several forms of weird and trippy animation. Even the archive footage unfurls differently to usual, as editor Paul Trewartha matches Wright’s familiar rhythms with quickfire cutting. The pace and the content feel so overwhelming and hallucinogenic at times that one viewing is hardly enough.

On top of this, the film chronologically browses through each of Sparks’ 25 albums – telling of successes and failures, but never, not ever, giving up. They push through with divine perseverance, and Wright makes you feel every breakthrough. This is before finally arriving at Annette, the film project they’d been dreaming of for decades after failed collaborations with Jacques Tati and Tim Burton. 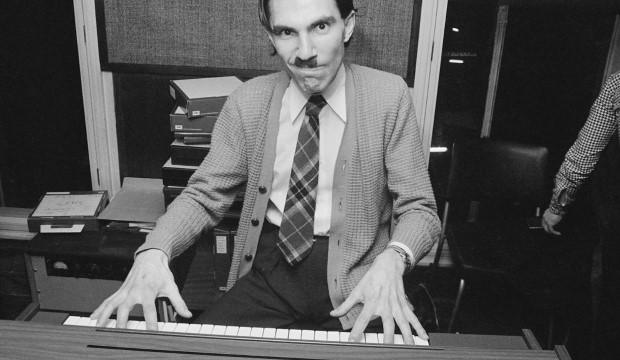 The brothers themselves are wonderfully and wondrously performative, always activated for humour. With Wright, they mock the tenets of documentary with a lovably deadpan attitude. They make up silly facts about themselves, delivered with such severity that this critic genuinely wonders if some of them are true – or if anything they say is, in fact, a comedically constructed lie.

Many of the interviewees praise their mystery; Jason Schwartzman expresses concern about Wright’s intentions, afraid he’s trying to lift the curtain. Wright straddles that line beautifully, never pondering on the possible emotions the Maels don’t reveal during their stories. You’re given their essence without scarring their enigma.

The best music documentaries stir the creative spirits of their viewers, and The Sparks Brothers multiplies and accelerates that feeling. Wright engenders an inspiring, exhilarating, head-banger of a film about one of the most underrated and influential bands ever to exist. With Leos Carax, he could be responsible for Sparks' greatest comeback (of many).

The Sparks Brothers is showing at the Sundance Film Festival: London on Thursday 29 July, and is released in UK cinemas on Friday 30 July.